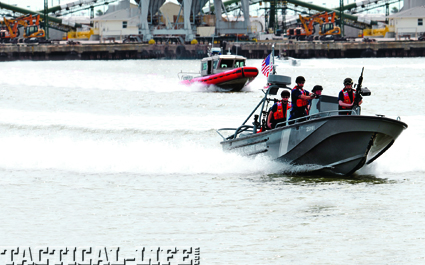 With everybody talking about border security these days, many people overlook a potentially very porous border of our nation — namely our waterways and oceanfronts. However, just as Customs and Border Protection (CBP) protect our land-based borders, another force makes sure that our water-based borders are as equally well protected — namely, the U.S. Coast Guard.

As a CBP Officer with the Department of Homeland Security (DHS), I feel a certain kinship with the personnel of the U.S. Coast Guard (USCG). After all, the Coast Guard and Customs go back a long way. Customs was formed in 1789 and the forerunner of the USCG called the Revenue Cutter Service came into being in 1790, both entities of the Treasury Department. It was not until 1915 that the Revenue Cutter Service combined with the U.S. Lifesaving Service to become the Coast Guard. In 2003, the USCG (after 36 years with the DOT) and Customs (now called CBP) were again joined under the DHS.

Mission
Today’s USCG has a very diverse mission, which includes ports, waterways and coastal security, drug interdiction and other law enforcement operations, search and rescue, marine safety and environmental protection, migrant interdiction, and in time of war are considered a military service. In fact, of some 42,000 total USCG personnel, 6,400 of them, along with two law enforcement detachments and six patrol boats, are on duty in the Arabian Gulf.
Search and rescue is one of the traditional Coast Guard functions, but like crime prevention in law enforcement, it is often difficult to quantify and during the current economic downturn could be coming under the “budget cutting knife.” Two USCG helicopter stations on Lake Michigan, at Waukegan and Muskegon, Michigan, could face closure, potentially jeopardizing thousands of boaters and swimmers in the Chicago area. U.S. Representative Mark Kirk, a former water incident survivor rescued by the Coast Guard, is fighting to keep the Obama Administration from shutting down these two operations in 2011. Were this to happen, response time to a lake-related incident would go from about 30 minutes to almost 90 minutes.

Anti Trafficing/Anti Terrorism
Drug runners keep the USCG busy, both in the coastal areas of the USA and on the high seas. In 2009, Coast Guard Tactical Law Enforcement Teams interdicted 11 stateless, self-propelled semi-submersible vessels, similar to submarines — all from Columbia and carrying that nation’s #1 cash crop. Also in 2009, the USCG seized 58 vessels and detained 322 suspected drug smugglers. These operations led to the confiscation of 160.1 metric tons of cocaine valued at over $4.9 billion dollars and 71,234 pounds of marijuana valued at $64.6 million. 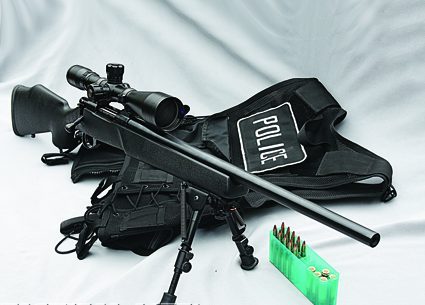 With everybody talking about border security these days, many people overlook a potentially very…