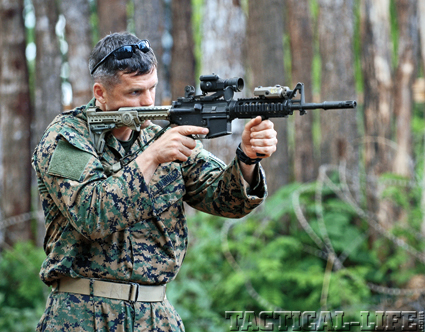 An operator on a training mission in the Philippines fires his M4, which carries an Aimpoint red dot sight and AN/PEQ2 aiming device.

The Marine Corps announced the creation of MARSOC, which stands for United States Marine Corps Forces Special Operations Command, on November 1, 2005 and the unit was officially activated on February 24, 2006 at Camp Lejeune, North Carolina. Initially, Marines from the 1st and 2nd Force Reconnaissance Companies had provided most of the personnel for MARSOC. However, as the unit expanded, a Marine Special Operations Individual Training Course was instituted at Camp Lejeune on 06 October 2008. Today, there are approximately 2,500 Marines and sailors assigned to MARSOC, the latter primarily as corpsmen and in support functions. 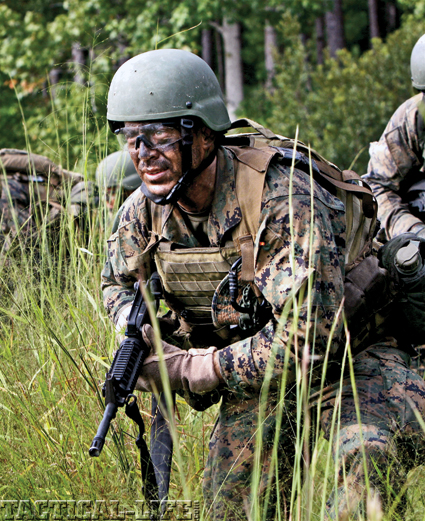