MARJAH, Afghanistan — It is hard to know whether Monday was a very bad day or a very good day for Lance Cpl. Andrew Koenig.

On the one hand, he was shot in the head. On the other, the bullet bounced off him.

In one of those rare battlefield miracles, an insurgent sniper hit Lance Cpl. Koenig dead on in the front of his helmet, and he walked away from it with a smile on his face.

“I don’t think I could be any luckier than this,” Lance Cpl. Koenig said two hours after the shooting.

Lance Cpl. Koenig’s brush with death came during a day of intense fighting for the Marines of Company B, 1st Battalion, 6th Regiment.

The company had landed by helicopter in the predawn dark on Saturday, launching a major coalition offensive to take Marjah from the Taliban.

The Marines set up an outpost in a former drug lab and roadside-bomb factory and soon found themselves under near-constant attack.

Lance Cpl. Koenig, a lanky 21-year-old with jug-handle ears and a burr of sandy hair, is a designated marksman. His job is to hit the elusive Taliban fighters hiding in the tightly packed neighborhood near the base.
The insurgent sniper hit him first. The Casper, Wyo., native was kneeling on the roof of the one-story outpost, looking for targets.

He was reaching back to his left for his rifle when the sniper’s round slammed into his helmet.

The impact knocked him onto his back.

Lance Cpl. Gabrian belly-crawled along the rooftop to his friend’s side. He patted Lance Cpl. Koenig’s body, looking for wounds.

Then he noticed that the plate that usually secures night-vision goggles to the front of Lance Cpl. Koenig’s helmet was missing. In its place was a thumb-deep dent in the hard Kevlar shell.

Lance Cpl. Gabrian slid his hands under his friend’s helmet, looking for an entry wound. “You’re not bleeding,” he assured Lance Cpl. Koenig. “You’re going to be OK.”

Lance Cpl. Koenig climbed down the metal ladder and walked to the company aid station to see the Navy corpsman.

Read the rest of Michael M. Phillips’ article at The Wall Street Journal. 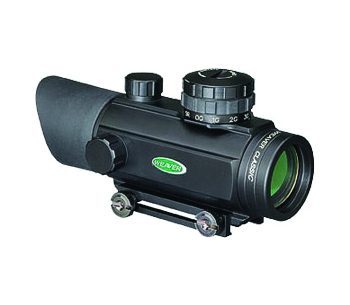 MARJAH, Afghanistan — It is hard to know whether Monday was a very bad…