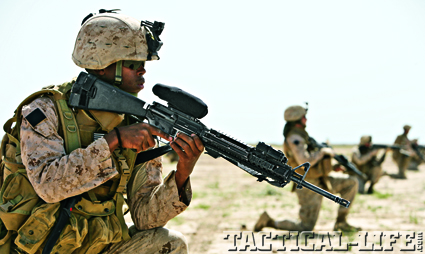 U.S. Marines will march out of Afghanistan by the thousands next year, winding down combat in the Taliban heartland and testing the U.S. view that Afghan forces are capable of leading the fight against a battered but not yet beaten insurgency in the country’s southwestern reaches, senior U.S. military officers say.

At the same time, U.S. reinforcements will be sent to eastern Afghanistan in a bid to reverse recent gains by insurgents targeting Kabul, the capital.

Gen. James F. Amos, commandant of the Marine Corps, said in an Associated Press interview that the number of Marines in Helmand province will drop “markedly” in 2012, and the role of those who stay will shift from countering the insurgency to training and advising the Afghan security forces.

Source: Robert Berns for the Associated Press via WSBTV.