Finally taking action, the U.S. military has begun telling troops to halt usage of any removable and writable media. That would include CDs, DVDs, flash drives, and more. Those who eschew the policy risk a court martial.

It will be interesting to see how tough a stance the Pentagon will take on this, or how they will enforce it. While those types of media listed above are easy to spot, they will also have to ban all manner of smartphones and media players if they want to be serious. All of those can be attached to a computer via a USB cable and turned into storage drives.

It’s also true that this isn’t the first time such measures have been taken. Previously, USB drives were banned over a virus threat. That ban was lifted in February 2010, after a cleanup operation scrubbed the malware.

“[…] immediately cease use of removable media on all systems, servers, and stand alone machines residing on SIPRNET. Unauthorized data transfers routinely occur on classified networks using removable media and are a method the insider threat uses to exploit classified information. To mitigate the activity, all Air Force organizations must immediately suspend all SIPRNET data transfer activities on removable media. […] military personnel who do not comply […] may be punished under Article 92 of the Uniformed Code of Military Justice.”

SIPRNET is the DoD’s secret network. Other military branches have issued similar directives. Article 92 would mean a court-martial. 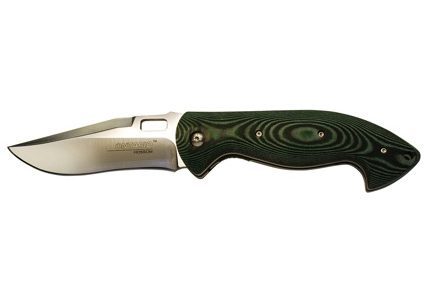 The Ontario Knife Co. Hossom Folder offers quick and efficient usage on and off...