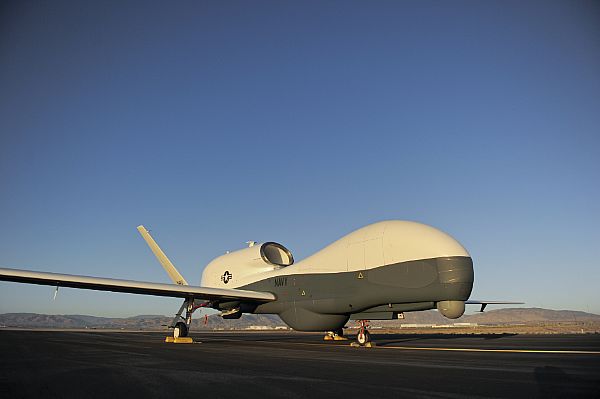 “Last year, we proudly celebrated the centennial of naval aviation–this year we have seen the rollout of a new patrol aircraft and now, the beginning of an unmanned tradition in our fleet with the rollout of BAMS,” said Vice Chief of Naval Operations Adm. Mark Ferguson who spoke at the unveiling. “BAMS is uniquely suited to meet the demands of the maritime environment and give us the advantage we will need in the future–history will record this introduction as a milestone in the second hundred years of naval aviation.”

Now officially called the Triton, the MQ-4C’s unveiling caps more than four years of development with Northrop Grumman for the surveillance aircraft. The Triton will be an adjunct to the P-8A Poseidon as part of the Navy’s Maritime Patrol and Reconnaissance Force family of systems.

“It’s a phenomenal event to see the fruits of our labor come to fruition after four years of hard work and dedication to this program,” said Capt. James Hoke, program manager for the Persistent Maritime Unmanned Aircraft Systems Program Office (PMA-262), which manages the Triton program. “We are looking forward to continuing testing and evaluation, parts assembly and installation and radar risk-reduction tests.” 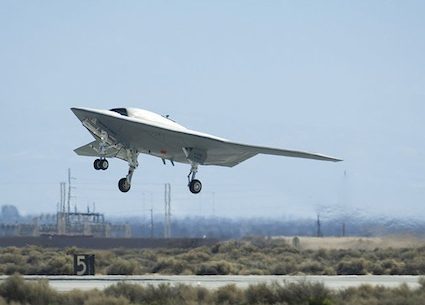 A day in the life of the X-47B unmanned combat air vehicle (video).