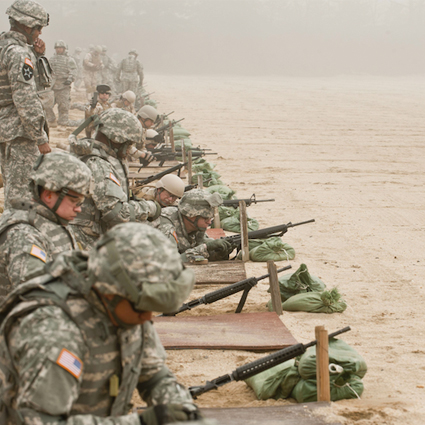 U.S. Sailors kneel and lie in the dirt with M16A2 rifles while a Soldier stands behind them during a sighting exercise at the Navy individual augmentee combat training. The Army training was designed to outfit, equip and prepare Sailors for upcoming deployments in support of overseas contingency operations in Iraq, Afghanistan, Kuwait and the Horn of Africa. (U.S. Navy photo by Mass Communication Specialist 3rd Class Jonathan Chandler/Released)

The United States is negotiating with Kuwait to allow several thousand US combat troops now in Iraq to redeploy to the Gulf emirate to counter Iran’s influence in the region, US defense officials said Thursday.

“Discussions are underway” with Kuwaiti leaders but no final agreement has been reached, a senior defense official, who spoke on condition of anonymity, told AFP.

The talks are focused on redeploying a combat brigade team — about 3,500 troops — and possibly additional units to Kuwait, three US officials said.

The United States already has roughly 20,000 forces in Kuwait but commanders and administration officials are keen to bolster the military’s presence in the Gulf amid concerns about instability in Iraq and Iran’s role in the region. 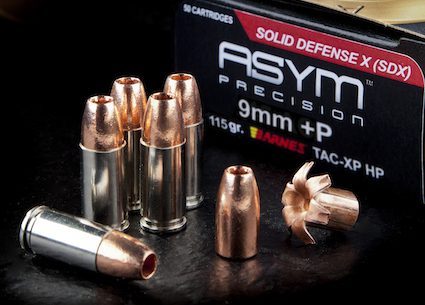 U.S. Sailors kneel and lie in the dirt with M16A2 rifles while a Soldier…