0
SHARES
31
VIEWS
Share on FacebookShare on Twitter
The U.S. Ordnance MK43 represents 22 key improvements on the M60 base model, cutting redundant parts and creating a lighter, more accurate machine gun that can produce a superior volume of fire downrange.

When most think of a machine gun, they picture a weapon supported by a bipod or fixed mount being fired by one man as others pass ammunition. The U.S. Ordnance MK43 Mod 1, a 7.62x51mm General Purpose Machine Gun (GPMG), changes this view by giving soldiers a fully automatic belt-fed weapon designed specifically to be shouldered and fired from off-hand, kneeling and prone positions by a lone shooter. The MK43 represents the latest improvement to the M60 series of machine guns to which it belongs.

First introduced in 1957, the M60 has seen service with every branch of the U.S. military, and remains in their arsenals over 50 years later. Since the late-1970s, however, its dominance has steadily declined as the M240 was phased in as a more reliable and easier to maintain weapon despite its higher cost and solider complaints about its heavier weight. U.S. Ordnance is looking to change this trend with the MK43, which maintains the familiar design of the M60 while addressing the negative issues of preceding models. A modified M60E4, all of the MK43’s major components are directly interchangeable with other M60 configurations, and older weapons can be converted to the updated design by an armorer within 30 minutes without any requirement for complex tools or machines. 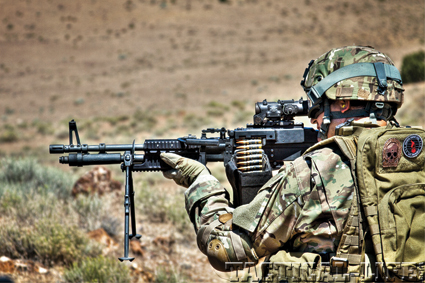 M60 Reborn
Available in both ground and mounted configurations, the MK43 is a gas-operated, disintegrating link, belt-fed and air-cooled medium machine gun that fires from an open bolt. Weighing only 20.61 pounds with its long barrel, the weapon is lighter than its predecessors and its M240B competition, and has an associated smaller length, ranging between 37.7 inches to 42.4 inches overall depending on barrel selection. The weapon’s cyclic rate of fire is 500 rounds per minute with a muzzle velocity of 2,800 FPS. Its maximum range is 4,075 yards and its effective range is 1,200 yards. 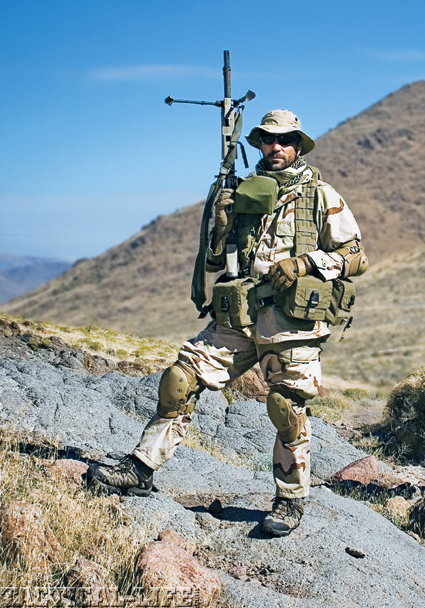