“I can assure you that the alliance is fully prepared to respond to any situation as we continue to closely monitor activities in the region,” Army Gen. Walter “Skip” Sharp, commander of United Nations Command, Combined Forces Command and U.S. Forces in Korea, told reporters via videoconference from New York.

“In the face of these recent provocations, the alliance stands strong and ready, and in fact is getting stronger every day,” he said.

“The threat as far as on the high end is, of course, the fact that North Korea has so many forces located very close to the demilitarized zone to South Korea,” he said. “So we have to be prepared for that type of quick attack, and I am absolutely confident that we are, and that we would be victorious if there was any attack along those lines.”

Strengthening the Republic of Korea-U.S. alliance has been one of Sharp’s top priorities since taking command just over a year ago. He said it’s been the central theme of his U.S. visit, which included meetings with the Council on Foreign Relations, the Korea Society and U.N. Secretary-General Ban Ki-moon.

Citing positive developments, he said, “I am convinced the next several years will see an even stronger ROK-U.S. alliance.”

Sharp reported progress in two other areas he’s made priorities: “to be prepared to fight and win” and to improve the quality of life for U.S. servicemembers, Defense Department civilian employees and their families in Korea.

“As President Obama recently reaffirmed, The Republic of Korea is one of America’s closes allies. Our friendship has been forged through a history of shared sacrifice, and it is anchored in our shared democratic values,” Sharp said, echoing his sentiments.

Sharp pointed to the alliance’s effectiveness during the past 60 years in deterring aggression, maintaining peace on the Korean peninsula and promoting regional security and stability.

But, he noted, “The world, and the region of Northeast Asia, has changed since the ROK-U.S. alliance was forged in the Korean War. And the opportunities and challenges facing it have also changed.”

In addition to South Korea’s success as a leader in advanced technology and a model of democracy, Sharp said its military has evolved to become “one of the most capable and professional defense organizations in the world.”

As a sign of that capability, Sharp is focused on transitioning wartime operational control of South Korean military forces from the United States to the Republic of Korea in April 2012.

“Wartime operational control transition is the next logical step in the natural evolution of the alliance,” he said. “The ROK military is trained, professional and will be ready to accept this role in 2012.”

After the transition is complete, the United States will remain committed to a long-term presence in Korea and the region, he said.

In support of that commitment, Sharp said he’s moving forward with other transformational efforts that will normalize U.S. military tours in Korea and repositioning U.S. forces in Korea into first-class, enduring military facilities.

“The future will see a Republic of Korea-led defense structure with U.S. forces — operating with the current troop and capability levels — consolidated in two hubs at Pyongtaek and Daegu,” he told reporters. “The majority of those forces will be in Korea on three-year accompanied tours.” 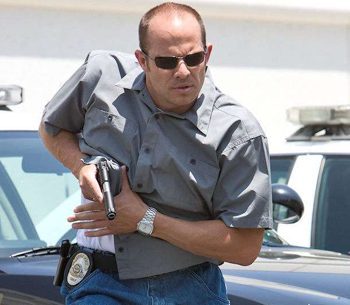