Elite counterterrorism units in Iraq are running half as many operations this year as they did the past two years, in part because of a nationwide drop in violence, senior U.S. military officials said Wednesday.

Joint U.S.-Iraqi special forces missions have been one of President Barack Obama’s top priorities for the some 50,000 U.S. troops still in Iraq. The teams hunt down insurgents and help train Iraqi commandoes and SWAT teams.

The tempo of counterterrorism raids “is down in comparison to years past, in accordance with the decreasing level of violence,” said Col. Mark Mitchell, commander of an Airborne special forces unit based in Balad, about 50 miles (80 kilometers) north of Baghdad.

The average number of missions a week has dropped to an average of about 25, down from around 50 in 2008 and 2009, said U.S. Army Col. Darsie D. Rogers Jr., who heads the estimated 4,500 U.S. special forces in Iraq. He and Mitchell briefed reporters on Wednesday on U.S. special forces operations with Iraqis.

Source: Lara Jakes for the Associated Press via The Washington Post. 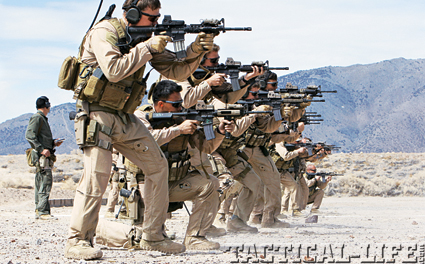