U.S. military leaders are working to replace some of the exiting American conventional forces from Afghanistan with a “mini-surge” of U.S. Special Forces, a measure to soothe commanders’ fears that the withdrawal of troops might put at risk military gains, according to The Times out of Australia.

Military sources told The Times that 16 special operations personnel are considered to be worth the equivalent of 100 conventional troops.

In June, President Obama announced plans to withdraw 10,000 U.S. troops from Afghanistan by the end of the year. The remainder of the surge troops, about 23,000, would be withdrawn in 2012, leaving about 70,000 troops in Afghanistan until 2014.

Defense analysts have said of late that the reduction of conventional troops likely will place a heavier burden on clandestine units, such as SEALs, and Army Rangers and Green Berets.

The Times reports there are more than 7,000 U.S. Special Forces in Afghanistan and about 3,000 in Iraq, with many of the latter expected to be moved to Afghanistan. 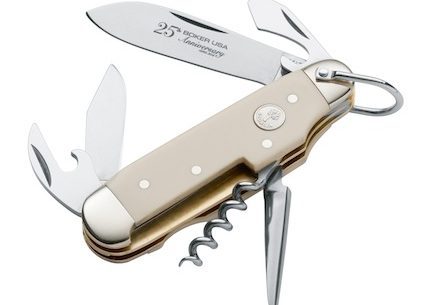 The Boker USA 25th Anniversary Knife celebrates the brand’s 25 years in the United...