The American military death toll in Afghanistan reached 1,000 at a time when President Barack Obama’s strategy to turn back the Taliban is facing its greatest test — an ambitious campaign to win over a disgruntled population in the insurgents’ southern heartland.

More casualties are expected when the campaign kicks into high gear this summer. The results may determine the outcome of a nearly nine-year conflict that became “Obama’s war” after he decided to shift the fight against Islamist militancy from Iraq to Afghanistan and Pakistan, where Afghan insurgents find sanctuary.

The grim milestone was reached when NATO reported that a service member was killed Friday in a roadside bombing in southern Afghanistan. The statement did not identify the victim or give the nationality. U.S. spokesman Col. Wayne Shanks said the service member was American — the 32nd U.S. war death this month by an Associated Press count.

Already the new focus on the once-forgotten Afghan war has come at a heavy price. More than 430 of the U.S. dead were killed after Obama took office in January 2009.

The list of American service members killed in combat in Afghanistan begins with Sgt. 1st Class Nathan Ross Chapman of San Antonio, Texas, a 31-year-old career Special forces soldier ambushed on Jan. 4, 2002, after attending a meeting with Afghan leaders in Khost province. He left a wife and two children. The base where a suicide bomber killed seven CIA employees last December bears his name.

For many of the more than 94,000 U.S. service members in Afghanistan, the 1,000-mark passed without fanfare.

Capt. Nick Ziemba of Wilbraham, Massachusetts, serving with the 1st Battalion, 17th Infantry Regiment in southern Afghanistan, said 1,000 was an arbitrary number and would have no impact on troop morale or operations.

“We’re going to continue to work,” he said. 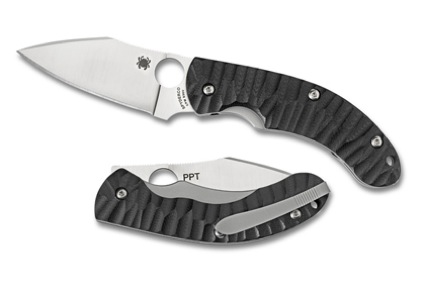 Resulting from a collaboration with Fred Perrin, the Spyderco Perrin PPT Black G-10 is...