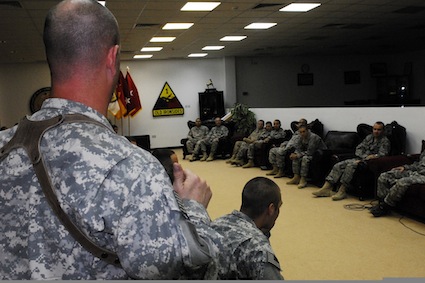 Members of the U.S. military reportedly are taking more medication than ever, and lawmakers want the Pentagon to do a better job of tracking prescriptions the military hands out.

According to The Daily, a House Appropriations Committee report last week called on the Defense Department to provide information on “the required steps and potential obstacles toward electronic transmission of prescription drug data” within two months of the budget’s approval.

According to the article, military spending has skyrocketed over the past decade on prescription drugs ranging from antidepressants to antipsychotics. Spending on the latter reportedly reached $16 million in 2009.

One 2010 Army study showed 14 percent of soldiers were prescribed an opiate painkiller — mostly the addictive drug known as OxyContin.

The Daily reported that 17 percent of active-duty troops are taking antidepressants, while as many as 35 percent of wounded soldiers are addicted to some form of drug while awaiting medical discharge.