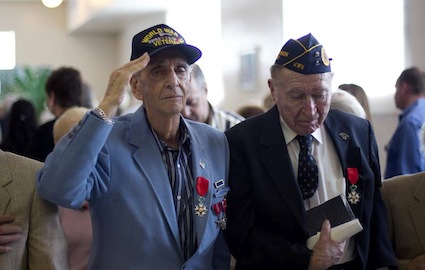 France bestowed its highest honor Thursday upon 23 men who fought World War II’s most epic battles, liberated concentration camps and brought peace to generations, its latest effort to recognize the dwindling number of surviving veterans of their era.

In a ceremony at the Boynton Beach Civic Center, the veterans were each made knights in the Legion of Honor, pinned with a medal and heralded as heroes.

“It’s so essential for the French government to say thanks,” said Gael de Maisonneuve, the consul general of France in Florida. “Your sacrifices and those of your brethren are an example for all of us.”

One by one, the men — 22 Americans and one Briton — were recognized, with de Maisonneuve reading a description of their storied service. All of the men fought at Normandy, Provence, Ardennes or in Northern France, the four main campaigns of the country’s liberation. They already have been given some of the American military’s highest honors, but being knighted by the French bore special significance for many.

“I appreciate it,” said Thomas Manos, a spry 96-year-old Army veteran who choked back tears trying to explain what the medal meant. 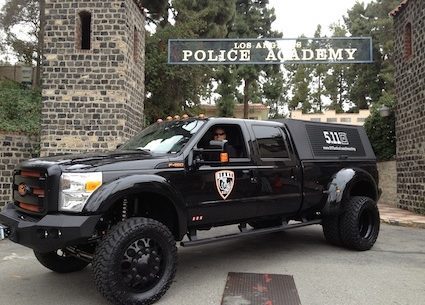