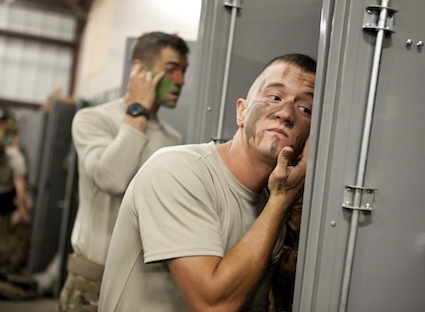 A team from the U.S. Army Marksmanship Unit is the best sniper duo in the world.

“It feels awesome to win,” Horner said. “I’ve wanted to compete in this event my whole life. We didn’t have a slot to compete in the last few years so when we got in this year we trained hard the past few weeks to get prepared.”

The competition is hosted by the U.S. Army Sniper School, whose mission is to hone warrior skills, exhibit the Warrior Ethos, determine the world’s best snipers, and further the warrior mindset across the Army. The Sniper School develops Warriors who are part of the Strategic Squad and are able to dominate while conducting wide area security and combined arms maneuver. 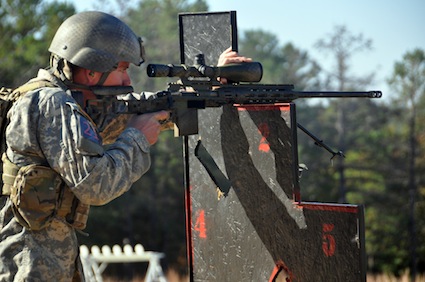 Top shooters from across the globe travel each year to Fort Benning to compete in the annual competition. The two-man teams competed in 14 events including a sniper stalk, urban shooting and orienteering exercises, firing under stressful conditions and other tests of marksmanship and sniper skills. The 72-hour event runs virtually non-stop, with only two four-hour rest breaks in the three days of competition.

“This was a challenging event,” Payne said. “There were some real challenges out there. Many of the events had tight time constraints. Finding the targets was tough, especially at night.”

Despite having seven shooting teams and a custom firearms shop within the ranks of the USAMU, the unit doesn’t have a sniper team nor teach sniper skills at any of the marksmanship training courses. Horner is a five-time and current United States Practical Shooting Association Multi-Gun national champion and Payne was a finalist at last year’s 3Gun Nation championship.

As members of the action shooting team, the Soldiers must have the ability to shoot rapidly and accurately with a handgun, rifle and/or shotgun, skills they were able to adapt and use for the sniper competition.

“Time management was a big factor in the outcome,” Horner said. “We are really good at getting a lot accomplished really quickly. There was no way you could physically get everything done in the time allotted so it was who completed the most in the time they had.

“In an event like this if you only know the fundamentals then you will get run over. The fundamentals are the foundation of any good marksman, but here you had to know how to read wind, calculate mover speed, shoot alternate positions, and be able to physically complete the events, such as the 4.5 mile run with all of your gear.” 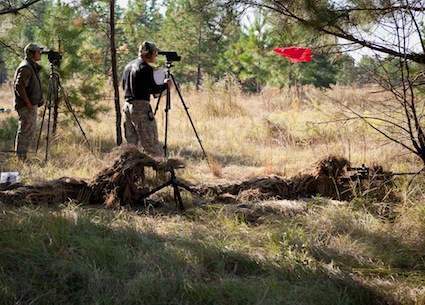 In between events competitors had time to get to know each other and most importantly share techniques, Payne said. For example, he learned from other shooters how they shoot using the other gun for support if they don’t have a tripod or bipod.

While the thrill of winning such a prestigious event makes it that much better, the experience in itself made both Soldiers better shooters and they hope to defend their title next year.

“I am ecstatic about this win,” Payne said. “We have wanted to shoot this for a long time so to win it in our first year feels amazing. I really hope we get to come back next year and defend our title. I learned a lot from the other guys. It was a lot of fun.” 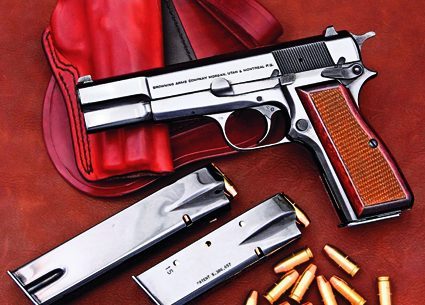 With the Browning Hi-Power Standard 9mm handgun, age and elegance continue to stand the...