The U.S. aircraft carrier that launched the first attacks against al Qaeda and the Taliban after the September 11, 2001, terror attacks on the United States will be the site of another first, as it hosts the opening game of the 2011 NCAA college basketball season.

Friday, Navy Chief of Information Rear Adm. Dennis Moynihan confirmed that after more than a month of discussions with a promoter, an agreement has been reached to hold the game on the USS Carl Vinson.

A company called Morale Entertainment will organize the game and be responsible for all the costs. “There will be no cost to the taxpayer,” Moynihan said. 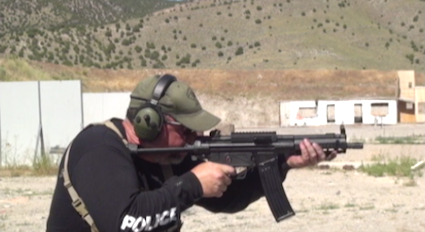 The U.S. aircraft carrier that launched the first attacks against al Qaeda and the…