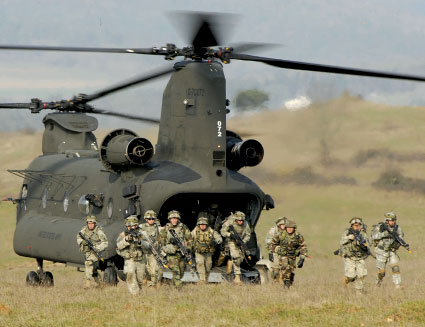 Tactical weapons and tactics themselves are crucial war-fighting variables—matters of life and death for combat troops. Our troops deserve the best available equipment to minimize the risks they face on our behalf. But tactics alone don’t define national defense. We also must consider national strategy, where the ways and means of protecting the nation intersect. What the country can do, the best way to do it, and what it will cost are serious considerations for every taxpayer.

If you want to measure the U.S. national defense price tag, get ready for a mind-boggling exercise. America has spent nearly half a trillion dollars on the GWOT (Global War on Terrorism) since 9/11. The DoD’s (Department of Defense) annual total obligational authority, the amount Congress allows it to spend, has hovered around the same level throughout this decade. As these figures are inconceivable to most mortals, expressing them as percentage measures may help to make these costs a bit more sensible: U.S. federal budget outlays in 2007 totaled $2.8 trillion, and the GNP (Gross National Product) for the year is just under $11.06 trillion. The nation spends about 15 percent of the federal budget on defense, and that amount represents just over three percent of the nation’s total annual output, about twice as much as most industrial nations pay for their militaries.

Spending Lives and Treasure
For the U.S., this burden translates into lives and treasure—since 9/11, more than 3,400 Americans have died and more than 21,000 have suffered wounds, some so grievous they would have been fatal in an age of less advanced medical care. The irony is that the GWOT is really a low-intensity conflict. Compared to World War II campaigns—Okinawa, for example, cost the U.S. more than 12,000 killed and more than 36,000 wounded in three months of fighting—losses in Iraq have been light. Of course this in no way diminishes the courage and suffering of American troops and their families, for whom any war is a horrible experience.

The U.S. military burden involves more, however, than just combat. As our Armed Forces wage war, they also must wage change. American military dominance worldwide, and the valor of its men and women, would be far less effective without the best tools and technology. To maintain its technological leadership, the U.S. must buy the latest equipment and invest vast sums for RDT&E (research, development, testing and evaluation) to design this best equipment. In 2007, DoD allocated about $84.1 billion for procurement and $73.1 billion for RDT&E. The total spent for buying and developing new weapons and equipment exceeded the Department’s operational expenses, of $152 billion (excluding the cost of war in Iraq). The Armed Forces divide the budget in roughly comparable proportions, with the Air Force first at $130.4 billion, the Navy and Marine Corps at $127.3 billion, and the Army, the least technical of the services, at $111.7 billion. Other DoD agencies received about $70 billion in Fiscal Year 2007.

Some Things Cheaper Now
The Defense RDT&E budget seems limitless, but it constitutes less than 17 percent of all military spending. Procurement accounts for about 20 percent of the budget, but much of this covers equipment to replace what the Armed Forces are wearing out—at an alarming rate, in the GWOT. Given the high, and accelerating, cost of technological advances, R&D and procurement expenses are exceedingly tight. For example, a new Air Force aerial refueling tanker fleet is projected to cost $40 billion for the first 179 airplanes. A replacement for the Air Force’s combat search and rescue helicopter is slated at $15 billion for145 rotorcraft. The F-35 Lightning II joint strike fighter program has a price tag approaching $300 billion for about 1,700 aircraft, one of the largest military procurements in history.

Other services face comparable ex­­pen­­­­­­­­­­­­­­­­­s­­es. The Army’s Future Combat Systems program that will transform the ground force’s structure and war-fighting capabilities with a fully integrated digital network linking weapons platforms and systems in combat, may cost well more than $100 billion. The Navy’s total cost for a single aircraft carrier, the CVN-21 follow-on to today’s Nimitz class, is nearly $14 billion. Compare this to the damage from recent Southern California wildfires, just over a billion dollars, and you get the idea.

While Costs Accelerate
The costs of these new platforms also are increasing rapidly, as system and technology improvements rocket upward, creating big future problems. The government has already cut back on new developmental thrusts, and those that remain often stretch out for years to stay affordable. Platforms may not contain the latest systems when fielded, or they may require significant additional expense to incorporate engineering changes for more capable components. The miracle of compound interest guarantees that stretched-out systems can be more expensive when fielded.

Defense critics justify budgetary cutbacks, arguing that the U.S. no longer faces formidable military opposition, and GWOT does not require expensive weapons. Americans now insist, however, that we fight wars with low casualty rates and little “collateral damage,” the euphemism for civilians and property lost in conflicts. The public today probably would not tolerate another Okinawa—which cost Japan about 90,000 military and more than 150,000 noncombatant casualties in addition to American losses—unless national survival was at stake.

Politics is an important element of national strategy, but not the only driver. Mastering the implications of the rapidly moving technology on national security objectives is difficult, complex and requires serious thought about budget priorities, competing interests and ethical values. Engineering principles alone will not yield a solution, especially when technological developments of both allies and potential adversaries also apply. Since many technical advances occur in the private sector or under foreign government auspices, the American defense establishment cannot control the pace or direction of progress.

A Case In Point
Let’s look at a specific defense industry sector to explain the quandary facing de­­­fense. There is no more relevant or important aerial platform category today than rotorcraft.

In the GWOT, neither Iraqi insurgents, Taliban guerillas nor Al Qaeda terrorists harbor any pretense of air operations as they wage asymmetrical war, so U.S. fighters need only fly close air support. Lack of anti-aircraft defense for insurgents beyond MANPADS (man-portable air defense systems) and the occasional lucky shot from an RPG, leaves even low-level attack aircraft free from traditional risks. Since enemy forces are small units, U.S. bombers have little to do except launch occasional cruise missiles.

Proposed military rotorcraft budgets show how important these platforms are. However, most budgets cover replacement, modernization or rehabilitation of existing helicopter fleets. The Bell Boeing V-22 Osprey tiltrotor is the only new design, and it has been in development for 25 years!

The first, currently delayed by competitor protests, will replace an aging fleet of Air Force CSAR (combat search and rescue) helicopters that pick up downed pilots and others in need of evacuation. Whatever the outcome, the new CSAR will be an existing design derivative. The only other new rotorcraft program is the Joint Heavy Lift now in early concept development. Proposed specifications call for a C-130-sized aircraft, able to lift 30 tons with VTOL (vertical takeoff-and-landing) capability, a range of 250 nautical miles and a 300-knot airspeed. Only a tiltrotor design can handle this mission.

Absence of military rotorcraft developmental programs could translate into a bleak future for the U.S. rotorcraft industry. Helicopters have long since pushed the boundaries of speed, payload and range, and the basic performance envelope is unlikely to improve without technical breakthroughs.

Rising costs and technical risks compound this problem. Rotorcraft programs often are subject to budget stretch-outs. The Boeing Sikorsky RAH-66 Comanche armed reconnaissance helicopter went through six major budget and schedule changes from the contract award in 1991 until termination in 2004. Restructuring cost tens of millions in administrative costs alone, and exactly two flying prototypes had flown when the RAH-66 died. Comanche embodied several advanced technologies, but the U.S. Army had to pay for vitally needed immediate modernization and maintenance of its existing rotorcraft fleet already engaged in the GWOT, including the AH-64D Apache Longbow, an improved version of the A-model Apache, first flown in 1975. The Army will continue flying improved Apaches for decades.

A Centenarian Chopper?
The U.S. Marines will celebrate the 50th service anniversary of the CH-46 Sea Knight before Bell Boeing V-22 Osprey tiltrotors finally replace the last of these venerable combat assault platforms, in the fleet since the early 1960s. Sikorsky CH-53 Sea Stallion transport and UH-60 Black Hawk utility helicopters have been operating with the U.S. Armed Forces since 1966 and 1978, respectively. The Marines’ attack helicopter, Bell’s AH-1W Cobra, is the latest derivative of a gunship design—itself developed from the UH-1 Huey that first saw war in Vietnam. Even Huey variants are slated for production for another decade, more than 50 years after the helicopter’s first flight. Chinook transports first went into Army service in 1962, and the fleet is completing its second round of modernization, a move that will keep Chinooks flying well past 2030. It is conceivable that CH-47s may be flying for a century or more.
These long lives are impressive, but they also translate into high modernization costs to offset accelerating operational and maintenance expenses as rotorcraft get older. Military customers are pressing manufacturers to find ways to reduce development and production costs, increase capabilities and get new, more advanced rotorcraft into the field faster than every before. Where the money and the science that will permit these improvements will come from is unclear.

The U.S. military rotorcraft industry is not sitting idle, of course, as it faces these problems. Companies are constantly seeking ways to improve developmental and production efficiencies with lean engineering and manufacturing tools and processes, sophisticated modeling and simulation, systems approaches and acquisition reforms. They are focusing on component improvements, ranging from rotor blades to drive systems, from flight controls to unconventional materials. Increasingly, the industry emphasizes capabilities based on network-enabled operations to leverage war-fighting advantages from multiple weapon systems. To achieve these objectives efficiently, the rotorcraft sector is going global, seeking out partnerships or cooperative arrangements overseas when it makes sense.

Waging Change
Despite these efforts, an even larger question remains: How long can the U.S. military rotorcraft industry sector sustain itself with modernization work in an era of few new program starts and decreasing competition?

Moreover, this dilemma is pervasive, some­­­­­thing that nearly every producer of every U.S. weapon platform or system—from aircraft to ships, from tanks to trucks, from missiles to sidearms—must face. Questions involving the strategic implications of waging change are vitally urgent.

Can America manage the real cost of nat­­­­­­­­­­­­­­ional defense, hope for technological breakthroughs that will change the establishment altogether, or seek alternatives with­­­­­­­­­­in entirely new strategic and policy frameworks? 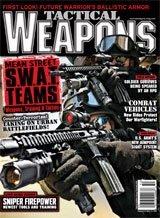