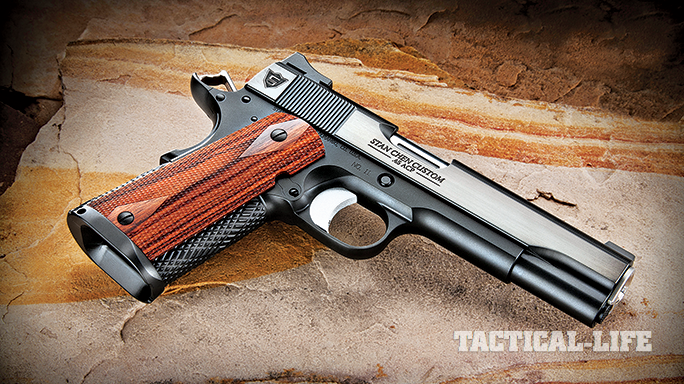 1 of 3
Warhorse Legacy: A History of the 1911 Handgun
This Stan Chen Custom .45, with its mag well funnel, fluted hood and solid trigger, is just one example of a combat-ready 1911 that is also a work of art. 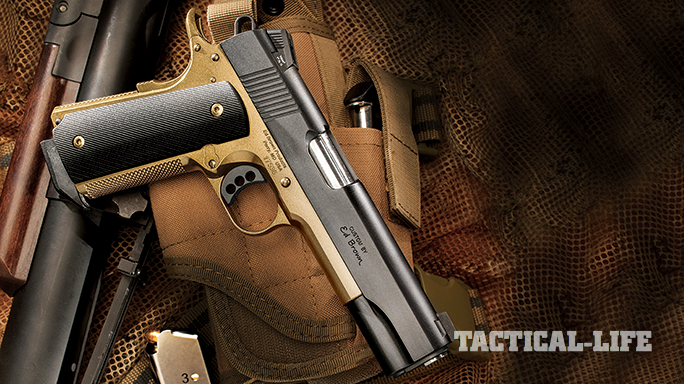 2 of 3
Warhorse Legacy: A History of the 1911 Handgun
The 1911, including Ed Brown’s Special Forces .45 ACP, is one of the most easily recognized handguns in the world. 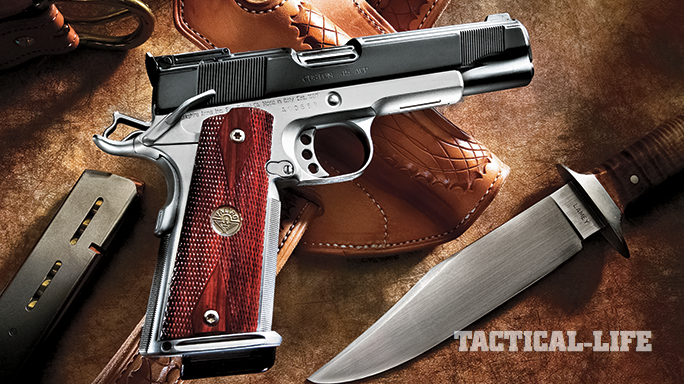 3 of 3
Warhorse Legacy: A History of the 1911 Handgun
This Jardine’s Custom 1911 features an ambidextrous thumb safety and adjustable sights for upgrades. 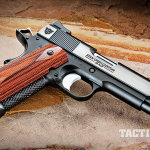 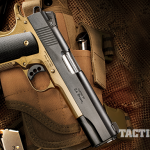 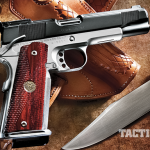 Many handgun designs have come and gone over the years. Several have remained in our minds as special, yet only one is considered iconic. The 1911 pistol designed by John Moses Browning holds that rare space as a reliable workhorse even 104 years after its official release.

While it’s true that there is a sense of nostalgia for this heavy-metal fight stopper, there is more to it than that. The history of the 1911 begins long before the adopted, dated name. In 1898, America went to war with Spain and quickly ended up in treacherous jungle warfare against the Moro tribesmen in the Philippines. While the soldiers’ Springfield rifles were effective, there was a less than enthusiastic response to the issued .38-caliber double-action (DA) revolvers. So much so that the old Colt Model 1873 revolver was brought back into service. These pistols dated back to the Plains Indian Wars.

An after-action review of the combat in the Philippines resulted in the Thompson-LaGarde test in 1904. This was a military testing event that was focused on determining which cartridge was needed for military use. They tested a wide variety of cartridges available at that time and determined that “a bullet, which will have the shock effect and stopping effect at short ranges necessary for a military pistol or revolver, should have a caliber of not less than .45.”

To read the rest of this article, please visit PersonalDefenseWorld.com. 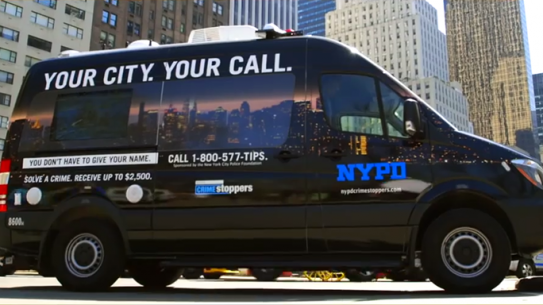