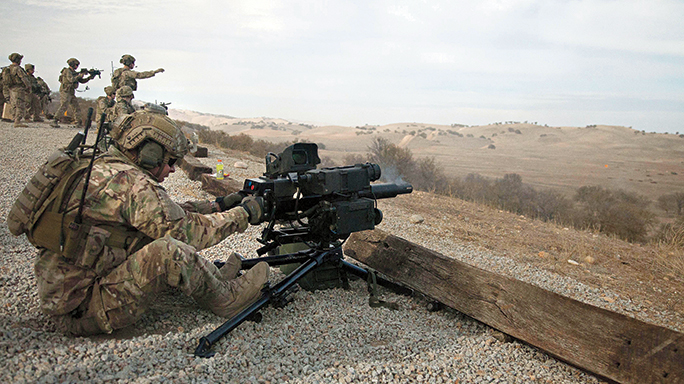 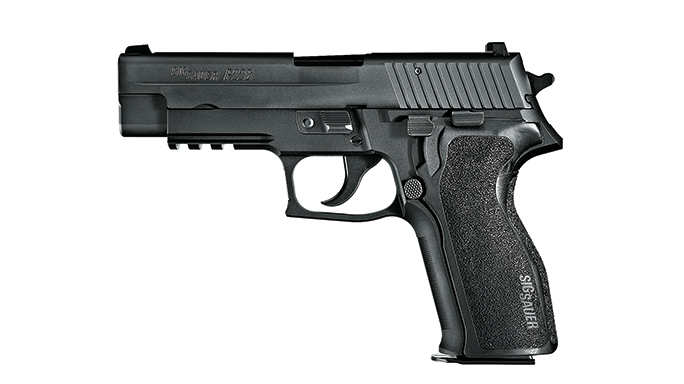 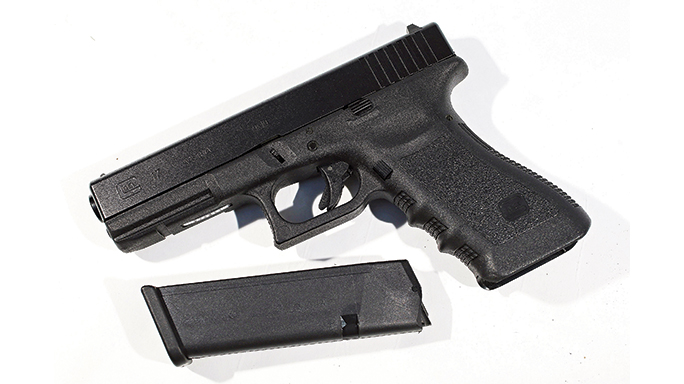 2 of 8
The Weapons of the Special Forces
Glock 17 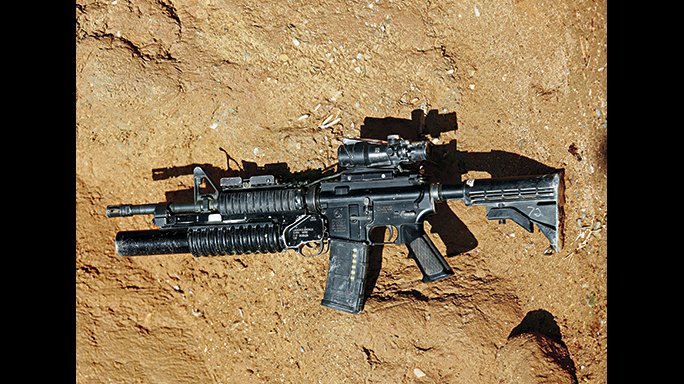 3 of 8
The Weapons of the Special Forces
M4A1 Carbine 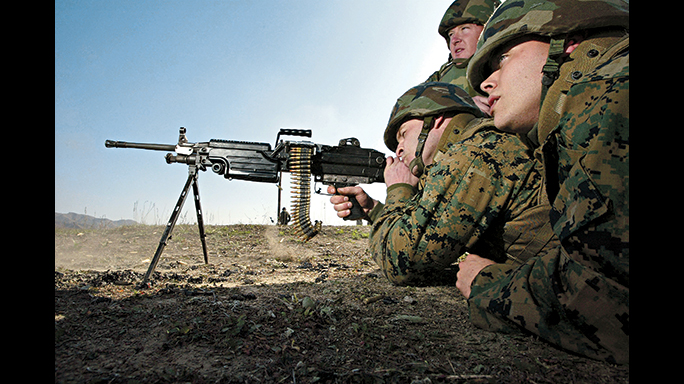 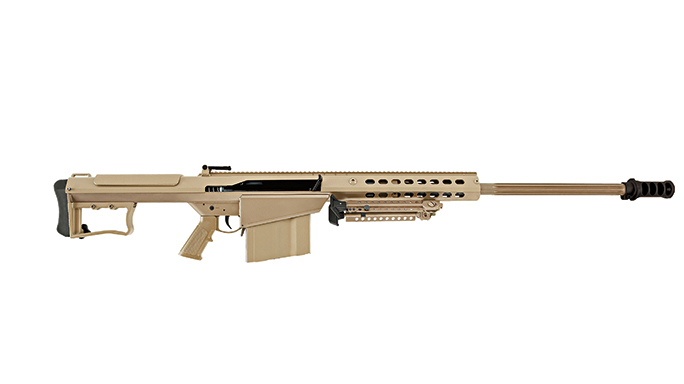 5 of 8
The Weapons of the Special Forces
Barrett M107A1 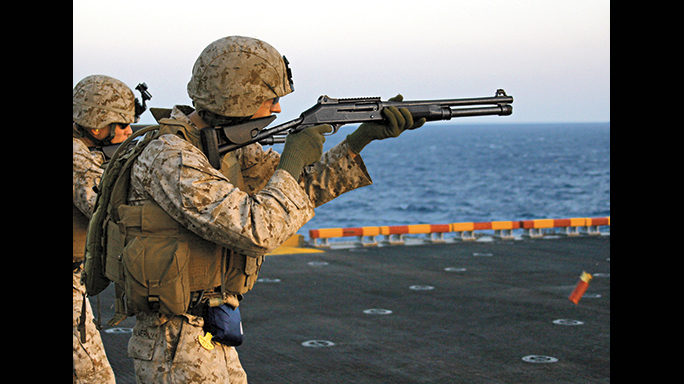 7 of 8
The Weapons of the Special Forces
Benelli M1014 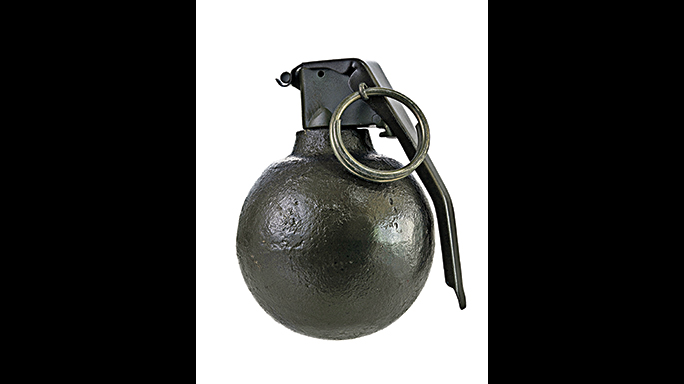 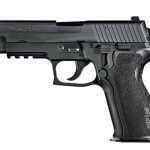 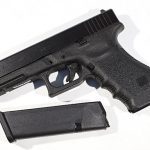 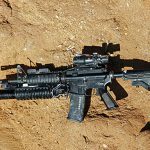 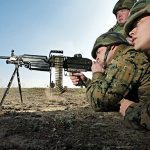 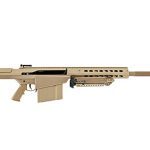 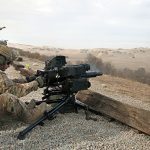 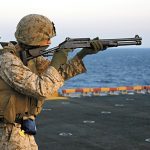 Special forces perform extraordinary deeds, and taking down the enemy requires special weapons. While the firepower carried by SEALs, Delta, and Rangers may appear in many cases to be standard-issue-style weaponry, in the hands of these highly trained operators these weapons are deadly and capable tools. The listing below represents a small sampling of their weapons.

Glock 17: Glocks are used by several special ops forces, including Delta and Army Rangers. The pistols are made with a polymer frame, and chambered for 9mm rounds with a 17-round capacity.

M4A1 Carbine: The most common assault rifle among U.S. forces, the M4 Carbine was designed for minimum weight and maximum stopping power. The weapon weighs a mere 6.11 pounds and fires 5.56 x 45mm rounds in semi-auto or three-round-burst modes. The M4A1 variant for special forces features a full-auto option. The M4 can be fitted with a grenade launcher, light, and special sights.

Heckler & Koch MP7A1/A2: The compact MP7, also carried by SEALs in the bin Laden raid, blends elements of an assault rifle and a machine gun. Small enough to be carried in a hip or thigh holster, it fires armor-piercing 4.6 x 30mm cartridges at a rate of 950 rounds per minute.

FN MK 17 MOD 0 SCAR: A relatively new weapon in the special ops arsenal, the MK 17 SCAR changes from close-quarters weapon to assault rifle to light sniper rifle simply by field-swapping its barrel. The rifle fires 7.62 x 51mm loads from a 10- or 20-round magazine and can be fitted with suppressor, holographic sight, magnifier, and light. With the 20-inch barrel, it has a range of 900 meters. By the way, SCAR stands for Special Operations Forces Combat Assault Rifle.

Dillon Aero M134D: The technical terms to describe the M134D’s job are feet protection and fire support. Its nickname is far more descriptive: Breath of Allah. What else would you call a six-barrel, electrically driven weapon that rains 7.62mm lead at the rate of 3,000 rounds per minute? The M134D is typically mounted to a truck or helicopter.

FN M249 Squad Automatic Weapon (SAW): Unlike the M134D, which weighs some 57 pounds, the M249, at 22 pounds loaded, can be hand-carried to add tremendous firepower to forces in the field. The air-cooled, belt-fed, gas-operated weapon fires from either a 30-round magazine or a 200-round box, putting down 800 rounds per minute at an effective range of 800 meters for a “point target.”

Barrett M107A1: Nearly five feet in length and weighing 31 pounds, the Barrett fires a hefty .50-caliber round capable of penetrating armored vehicles from more than a mile away. A large muzzle device and powerful scope, along with a 10-round magazine, complete the sniper’s kit.

Remington MSR: The newest member of the special ops arsenal, the Remington Modular Sniper Rifle converts from a medium- to long-range weapon with a quick barrel and caliber change. Fully loaded, the rifle weighs just 17 pounds and is accurate to 1,500 meters.

MK 47 Striker: The MK 47 modernizes grenade tactics by adding a programmable air-burst feature. The operator uses a computer to calculate a target’s position, then programs the 40 x 53mm grenade to detonate above or near the target. The weapon weighs 40 pounds and launches at a rate of 200-plus programmable grenades per minute.

M67 Fragmentation Grenade: Standard issue for war movies and military forces, the M67 can be thrown about 35 meters, detonates about five seconds after the spoon is released, and has a kill radius of about five meters. 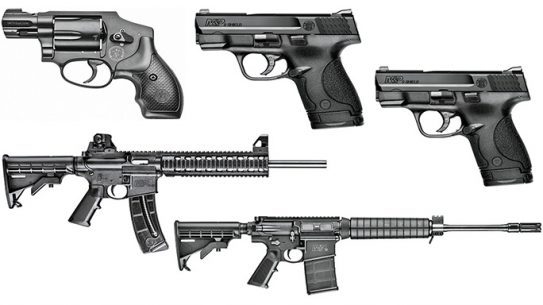 Whether exploring handguns or rifles, Smith & Wesson's M&P series is a family of...