by David Draper
in Guns, Rifles
0

4
SHARES
83
VIEWS
Share on FacebookShare on Twitter
Lever-action rifles shouldn’t be relegated to the gun safe or saddle scabbard. Modern versions, like the Mossberg 464 (top) and Marlin 1895SBL (bottom), are made to be carried, particularly in the tough conditions so common on North Country hunts. John Hafner Photo

The Rifleman predates me by at least a dozen years, reruns of the classic television series, along with plenty of Spaghetti Western Saturday matinees, taught me the virtues of the lever gun early in life. My father, a wingshooter, owned many shotguns, but only one rifle, a Winchester 1894, reinforcing in my young mind the belief that if a man was going to own a single rifle, it better be a lever gun.

I wasn’t alone in my interest with the lever-action rifle. Around the schoolyard, we bragged about our dads’ abilities to outshoot Chuck Connors. The toy rifles we bought from the dime store or made from scrap wood weren’t bolt guns, but crude facsimiles of the Winchesters and Marlins that leaned against a back corner of our parents’ closets, hung above fireplaces or, for the country-dwelling kids, stood next to the back door as protection against coyotes, and, as our young minds imagined, indians and outlaws. 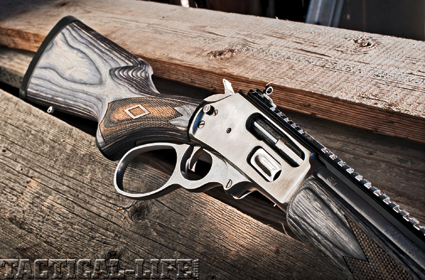 Lever Pros
Over the course of the last 150 years, for us, and millions of kids and adults across the world, the lever-action rifle has become the iconic weapon of the Wild West. Just the image of the blue-barreled, walnut-stocked lever gun conjures thoughts of gunfights and galloping horses. This reputation is what propelled the lever-action to become the most popular hunting rifle of its time. It didn’t hurt that the rifles could be had for less than $100—sometimes much cheaper—well into the 1970s. 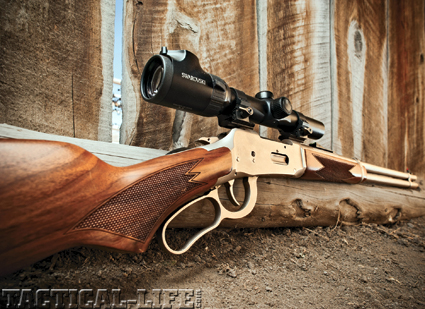