There is a battle on our city streets and police officers are the targets. Criminals are on the attack with an officer’s badge as the intended bull’s-eye. Recent headlines in the news tell the sad story; “Four Officers Slain in One Day in Oakland, California,” “Three Cops Murdered Responding to a Domestic Dispute” in Pittsburgh, “Three Chicago Police Officers Killed in the Line of Duty” last year in separate incidents. In Philadelphia, my department has lost eight police officers in less than a three-year span due to violence in the performance of their duties. When will it end and what will it take to stop these animals from murdering our brave officers?

There is a memorable line from Mel Gibson’s movie, Braveheart that strikes a cord in this war on Police Officers: “An assault on the King’s soldiers is an assault on the King himself.” The way I apply it to police officers is, “An assault on society’s police officers is an assault on society itself.” There needs to be more outrage by the public directed at those criminal elements that have the audacity to kill our public servants who patrol the worst neighborhoods, enforce the laws of the land and unselfishly put their own lives in peril to protect the innocent. It seems the thugs have no deterrence anymore, no fear of consequence or hesitation when they brazenly take on police in armed battle. Why should they, when there are countless offenders sitting on death row right now that have killed a law enforcement agent, been convicted and sentenced to death, yet are still breathing and have now become a burden on the taxpayers for their medical needs, food and prison custodial costs.

January 2, 1996, was to be my proud one-year anniversary as a Philadelphia police officer. I looked forward to announcing it at afternoon roll call, yet that day was marred by tragedy. Earlier that morning, Philadelphia police officer Lauretha Vaird responded to a bank robbery and was executed as she entered the bank and was shot to death. Officer Vaird, 43, was the city’s first African-American female officer killed in the line of duty. A loving mother of two boys and a cherished co-worker by fellow officers, I had the honor to work in the same patrol division as her and we shared the same headquarters.

Thirteen years later, her murderer is still alive and awaiting justice at the point of lethal injection. One of her sons, Michael Caesar, now 30 years of age, has stated his frustration at a recent post-conviction hearing. Michael expressed to a reporter, “Hurry up and lay him on the table… the bottom line is, [the defendant] had a choice to walk out the door or stay and do what he did. He deserves the death penalty. My family is hurting behind this.” This type of prolonged suffering for the family, loved ones and friends of fallen officers is the greatest insult to injury. Justice delayed is justice denied.

One politician, Congressman Jim Gerlach (R-PA), introduced past legislation that tried to address this issue and give federal prosecutors an additional tool to punish criminals who kill or attempt to kill law enforcement officials. The Death Penalty for Cop Killers Act of 2007 was commented on by Congressman Gerlach as “The killing of a law enforcement official, at any level of government, is a crime against our nation and the fabric of our society…” The Congressman further states “This legislation is an equitable federal approach to punish those who senselessly take the life of these heroes.” Unfortunately, the Death Penalty for Cop Killers Act of 2007 never received the votes required in the US House of Representatives, yet Congressman Gerlach plans to re-introduce the measure again in the current session of Congress.

As the media creates a frenzy with reports of a crashing economy, job layoffs, budget cuts and the beginning of the great recession, criminologists will argue the point and forecast higher crime rates as people become desperate in these money tightening times. To me this means more tough days ahead for law enforcement as violent crime will certainly be on the rise. To combat the aggressive and deadly assaults on the guardians of society, we need to carry out the death sentences of those cop killers that have been properly tried, found guilty and convicted. We must strike fear in the hearts of criminals that contemplate attacking law enforcement with an assurance of the gallows and not life on death row as a jailhouse celebrity. Make them think twice before they commit their crimes. Police Officers need to be protected, and as those that protect the innocent and the helpless, shouldn’t we as a civilized society place the highest value on their lives and condemn those that would dare to assassinate them? 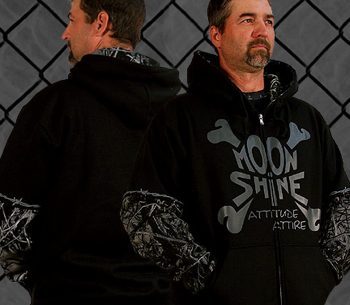 There is a battle on our city streets and police officers are the targets.…