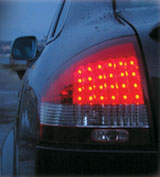 He’s leaving now. It’s 10:00 pm at night, he just got home less than an hour ago after a 14-hour day, and the phone rings. Shots fired. A young man lies dying as his blood seeps out of the bullet holes in his body. A slow leak, that’s his problem (police humor).

I have watched him leave me in the dark so many times I lost count years ago. You get used to it, but it still leaves you shaking.

In the beginning, when the phone rang in the middle of the night, waking me from my usual restless, dream-filled sleep, it seemed that every nerve in my body was screaming at the top of their lungs. No more sleep tonight. He’s leaving now. A kiss goodbye, a promise to be careful, one last “I love you.”

I watch the taillights of his car until they’re out of sight. They’ve changed over the years several times; from a brown Datsun, to a yellow Ford as big as a tank, to a smaller blue Ford, to a black Buick, to a silver Subaru to a light brown Ford, and to a white Ford, but they are all the same. Taillights growing dimmer by the second, me watching, hoping that they come back home with him safely inside, all in one piece, no extra holes, no slow leaks. He comes home hours, sometime days later, worn down to a nub, too tired to sleep, sometimes in a bad mood. Sometimes he needs to talk, always hurting, whether it’s his body or soul, or both.

Waves of relief and thankfulness flow through me. I try to provide what he needs. A sympathetic ear to hear about the dead child he had to look at, an enthusiastic listener to cheer about the crack they took off the streets, “aw right!” or that they caught the killer.

I am not enough. He would never say so, but I know the reality of it is that there is nothing that can stop the images in his head of a 19-year-old boy dead in the middle of the street, the bullet having come from his gun. The logic is that the boy might have killed someone with the high-powered rifle his grandmother bought him to protect himself, but that he used it to take his aggressions out on a whole neighborhood and uniformed police officers. But there is no logic in the human heart. It hurts when you see people die because of your actions, no matter how justified. I cannot take that from him, although I would take all his pain if only it were possible.
Faith and hope that it will be better someday, that our Heavenly Father is always watching, always loving. Hope that there is a solution to the problem that breeds desperate acts.

He’s leaving now. But first he opens the heavy door to the mower shed because it’s hard for me to open. I will mow the yard tomorrow so he doesn’t have to try to make time in his crazy schedule, and to save the wear and tear on his back. He calls and tells me to put my cellphone in my pocket in case he has to call. But I know he wants to make sure I can reach him if I get hurt. He watches over me.

Home at midnight. He collapses in his recliner, body aching. I use the massager on his feet and legs. Finally, he’s snoring softly, a beautiful sound.

He’s leaving now. I am still asleep. He is quiet and does not disturb me. Always thinking of me. I don’t watch the taillights today. I am blissfully unaware. There is always a prayer in my heart; sometimes I say it, sometimes it remains unspoken. “Father please bring him safely home to me, all in one piece. No slow leaks, body and soul. Amen.” 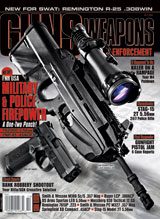