The fire snatched it all: Ed Hardy T-shirts, faux Versace sheets, knockoff Burberry bags and, worst of all, racks of bespoke suits ready to be picked up by American soldiers.

Other Iraqi shops and kiosks were also destroyed in the electrical fire, but the tailor is back in business, in large part because so many U.S. soldiers — and high-ranking officers — had paid deposits on suits that had yet to be delivered.

With a massive U.S. troop rotation looming this summer, time is running out to get the suits to soldiers who’ve dreamed of wearing their custom designs in places that don’t require desert boots and body armor.

“We’re tailors, and the Army needs tailors,” said the Turkish owner, Mehmet Ozkan, 42, who now works out of a store the military lets him use rent-free.

“We went to the Army with all these receipts, the ones that weren’t burned, and told them how many soldiers were waiting on their suits. Thank God, they helped us.”

With a reputation for the best fabric and stitching this side of the Tigris River , Ozkan might have been able to recoup his losses had this been 2003 or 2004. But he and other non-American vendors on bases already are braced for an uncertain future as the U.S. military completes its gradual withdrawal from Iraq by the end of 2011.

The Turkish tailor, as well as the Lebanese contractors, Filipino hairdressers and Ukrainian masseuses, have perhaps a year left before they must decide whether to exit alongside the troops or risk staying in business among Iraqis who largely view them as war profiteers. The disdain is even greater for people such as Ozkan, a Muslim who speaks fluent Arabic and has Arab ancestry.

“I’m a businessman, and I go wherever there is business,” he said, shrugging off the criticism. “Now I’m just hoping to go to Afghanistan . If the Army says, ‘Come, we’ll give you a contract in Afghanistan ,’ I’ll get on the plane tomorrow.”

Early in the war, an Iraqi businessman in Turkey told Ozkan about the money he could make working alongside U.S. troops in then-occupied Iraq . Ozkan arrived in Baghdad in 2004, when the insurgency was in its infancy and business was conducted with suitcases stuffed with cash. He dabbled in bootlegged DVDs, running popular titles to U.S. bases that were hard to reach for Westerners.

Then, he heard complaints about the lack of good tailors inside the Green Zone , the heavily fortified U.S. and Iraqi headquarters in Baghdad . Scores of excellent Iraqi tailors had storefronts right outside the compound’s concrete blast walls, but they were off-limits because of security restrictions on U.S. forces and their support personnel. 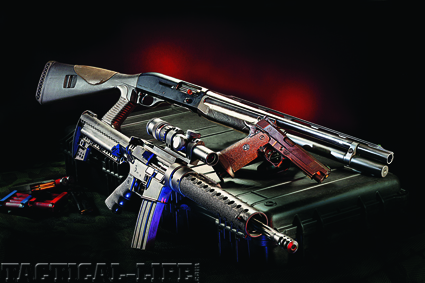