0
SHARES
29
VIEWS
Share on FacebookShare on Twitter
The SBR Tactical in 7.62×40 WT brings plenty of big-bore punch in a patrol-ready carbine. Shown with an Aimpoint CompM4

For over 30 years, the name Wilson Combat has been synonymous with the 1911 pistol. Way back when, Bill Wilson opened up a one-man gunsmithing shop with the goal of making current production 1911s accurate and reliable. In 1991, Bill branched out and started producing his own line of 1911 pistols. Then, in the mid-90s, Wilson ventured into the AR market with the same enthusiasm and commitment. This was before the AR craze hit full swing, and many wondered why Wilson would want to build rifles. The answer goes back to the 1911. Bill was not satisfied with the market’s current offerings and thought that he could produce a better rifle. As with his 1911s, every Wilson Combat AR component must pass a rigorous quality-control inspection. 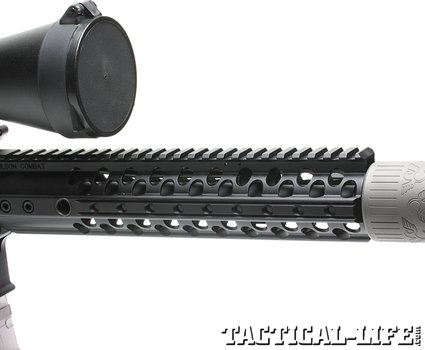 I recently received a Wilson SBR Tactical carbine chambered in 7.62×40 WT. The 7.62×40 caliber was designed by Bill Wilson to provide a .30-caliber round with match-grade accuracy. The cartridge is based on a Lake City 5.56x45mm NATO case that has been shortened and then opened up to accept a .30-caliber bullet. The result is a cartridge that exceeds the 7.62x39mm in both accuracy and terminal ballistics but is still similar in size to the 5.56mm. In fact, Wilson uses a modified 30-round, 5.56mm Lancer L15 magazine for the 7.62×40 WT, which can then only be loaded to 28 rounds. This round has proven effective on a number of different game animals, including several hundred pigs that Bill has harvested from his ranch in Texas.

With the 7.62×40 WT chambered in the SBR Tactical, law enforcement officers would have a powerful alternative to the 5.56mm in a rifle with similar dimensions. And, even after pairing a suppressor with the SBR’s 11.3-inch barrel, the rifle remains compact, lightweight and fully capable. 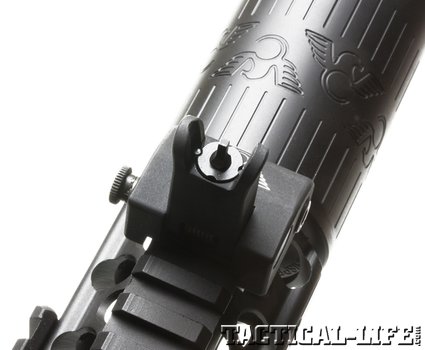 Rugged and ready for duty, the Wilson Combat front sight immediately flips up when activated and can be quickly detached.