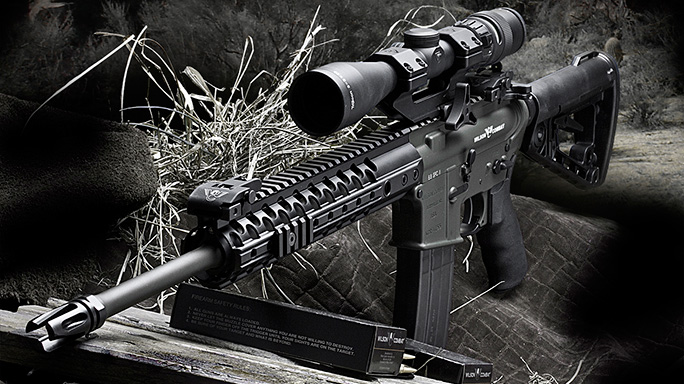 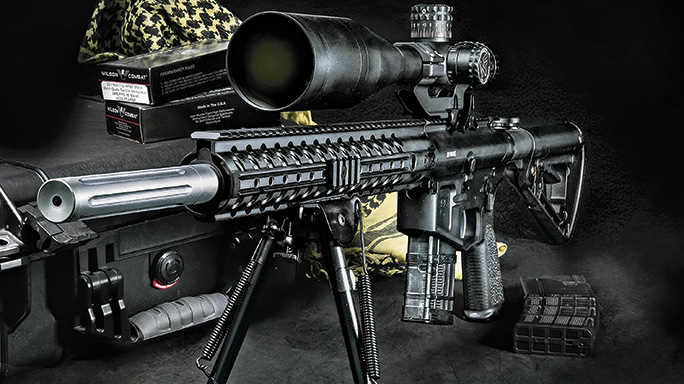 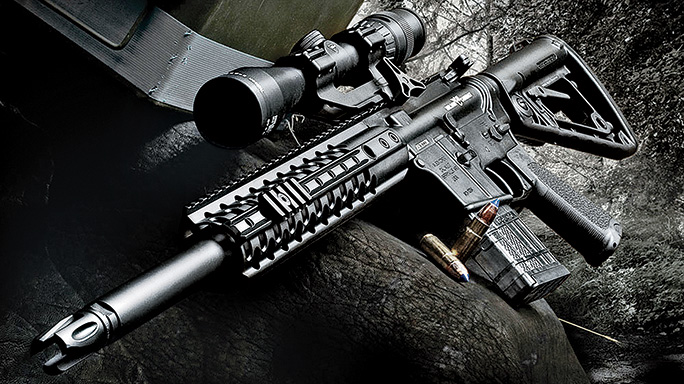 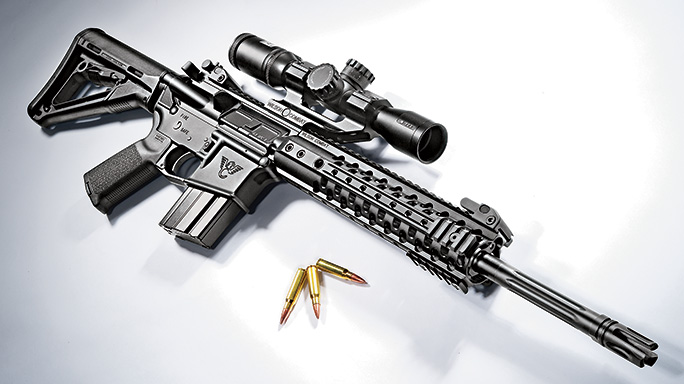 4 of 8
Photo by Wilson Combat
AR Security: 8 Elite Rifles From Wilson Combat
Wilson Combat offers several high-end ARs built with the greatest attention to detail in a number of popular chamberings, including the Recon in 6.8 SPC. Shown with a Nikon M-223 scope. 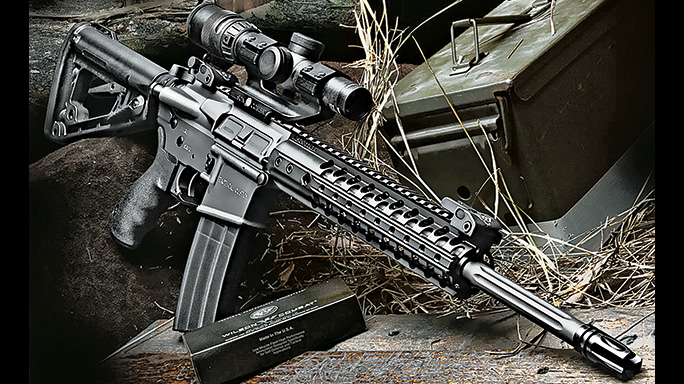 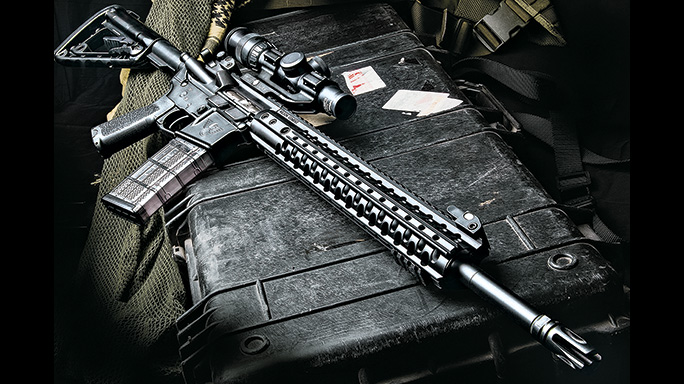 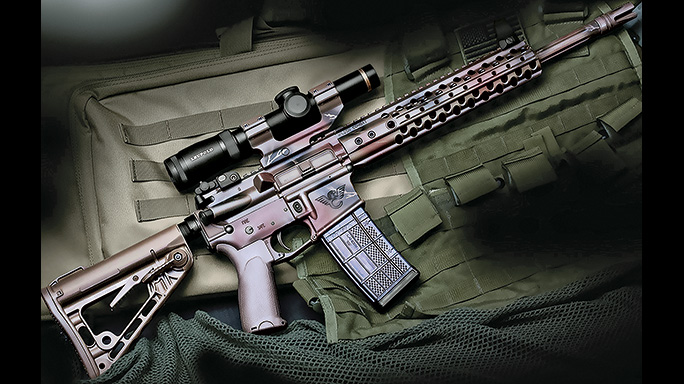 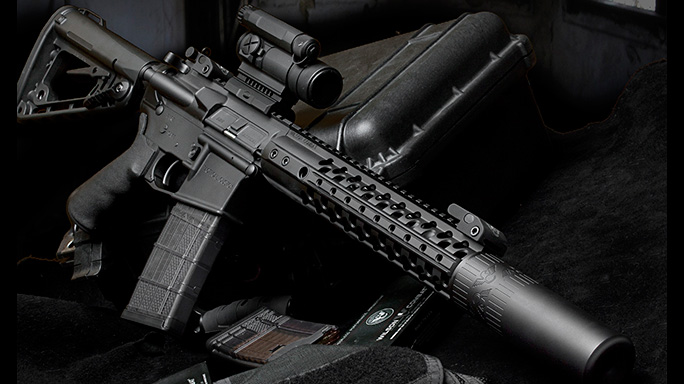 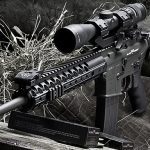 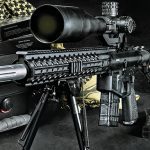 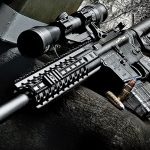 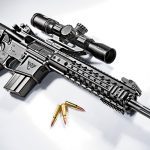 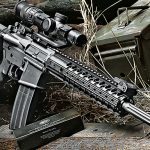 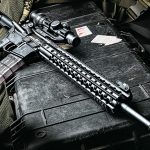 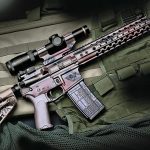 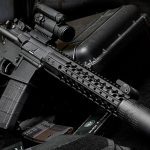 Wilson Combat remains one of the premier weapons manufacturers in the world.

Long known for its high-quality and custom-touched 1911 pistols, the company’s rifles are hidden gems for the AR enthusiast. Unsurprisingly, Wilson Combat brings the same attention to detail and demand for excellence found in its pistols to its rifles. Each is hand built by experienced gunsmiths who pay attention to every detail. Fit and finish on these rifles is superb, and they have proven to be some of the most reliable rifles I’ve ever tested. Without regard to caliber, configuration or build, they are accurate, reliable and a joy to shoot. Never one to make changes due to the latest trend, Bill Wilson updates his designs for improvement and to meet the demands of the serious rifle enthusiast.

Mating the unsurpassed build quality of Wilson Combat and the proven experience of Paul Howe has resulted in what may be the ultimate tactical carbine. As a 20-year Army veteran with 10 years in special operations, retired Master Sergeant Paul Howe has real-world combat experience at the highest level.

Built to Howe’s specifications, this carbine starts with Wilson Combat’s proven forgings and adds a 14.7-inch, match-grade barrel with a permanently attached Wilson AccuTac flash suppressor. The 10.4-inch TRIM rail provides space for accessories while allowing for a smooth and comfortable hand hold. Wilson Combat’s two-stage TTU trigger is set at 4.5 pounds for combat reliability. Master Sergeant Howe specified that a Daniel Defense fixed front sight along with the CSAT rear flip-up sight also be included in the package. The rifle’s final coating consists of a hand-applied camouflage pattern that reduces IR signature. Chambered in 5.56mm, this is an excellent choice for an all-around self-defense carbine.

Always one to look for a better cartridge, especially for hunting hogs, Bill Wilson has introduced the Recon Tactical rifle chambered in .458 SOCOM. Developed for special operations use, this caliber delivers significant energy on target with impressive penetration. With ballistics approaching the legendary .45-70 in a modern AR-style rifle, this duo offers some incredible versatility in the field. Sending a 250- to 400-grain cartridge downrange allows it to take down some pretty serious medium-sized game. It just may be the quintessential hog cartridge.

A recent trip to Bill Wilson’s Circle WC Ranch provided me the opportunity to see this rifle in action on some rather large hogs. Available with either a pinned 14.7-inch barrel or a threaded 16-inch (heavy or lightweight) barrel to accept a suppressor, it is indeed a handy rifle. Wilson Combat builds a suppressor specifically for these rifles, and the rest is pure Wilson Combat perfection.

“Mating the unsurpassed build quality of Wilson Combat and the proven experience of Paul Howe has resulted in what may be the ultimate tactical carbine.”

Many different configurations have been tried over the years in trying to make a .30-caliber cartridge work well in the standard AR platform. Now Wilson Combat has come up with really nice solution, the 7.62×40 WT (Wilson Tactical).

Currently, Wilson Combat is the only company from which you can get this caliber, and it is offered in a number of loadings. Wilson Combat also offers all the data needed to load your own ammunition. The chambering is offered in three configurations, the SBR Tactical, the Recon Tactical and the Tactical Hunter. Wilson also offers a matching suppressor as well as a large selection of ammunition.

Like all Wilson weapons, these are built one at a time like a custom rifle with great attention to detail. Having spent significant time on a tactical model with this cartridge, I can attest to the fact that it is accurate, reliable and delivers a bit more energy than many other attempts at the same goal.

The Recon Tactical uses a forged lower and receiver. It’s fitted with a 16-inch, match-grade barrel that delivers a 1-in-12-inch twist rate. The barrel features 5/8×24 threading and is fitted with an AccuTac flash suppressor. The medium-length gas system is contained in a Wilson carbine-length TRIM rail with removable and movable rails.

The Recon Tactical’s trigger is Wilson’s excellent TTU, which features a 4-pound, single-stage pull. The buttstock is a Rogers/Wilson Super-Stoc that allows for multiple positions and the ability to lock it in place. The bolt carrier is mil-spec and NP3 coated for reliable functioning. Finished off with a matte black Armor-Tuff coating, this rifle looks fantastic.

The Recon Tactical is also the base system for a number of configurations. Each comes with a match-grade barrel, a TRIM rail, a mid-length gas system, a TTU trigger and a premium mil-spec bolt and bolt carrier group. If you are looking to suppress your rifle, then the Recon SR Tactical is what you’re looking for. Designed to be used with the Wilson Combat Whisper suppressor, it has a longer rail and a shorter barrel.

If you need a short-barreled rifle (SBR), then the SBR Tactical is just for you. Using an 11.3-inch barrel gets you a truly compact rifle with all the precision of the Recon Tactical. Finally, if you want a lightweight package, you can go with the Tactical Lightweight. Using a thinner, lighter barrel keeps things easy to carry for those long hunts in the field.

Wilson’s SPR (Special Purpose Rifle) is a truly custom-made Mark 12 Mod X rifle. Designed as a combat-ready, precision deployment rifle, it is perfect as a Designated Marksman’s Rifle or as a precision 5.56mm rifle for law enforcement. It can also be used as a long-range target rifle or varmint hunter. Completely reliable, accurate and well balanced, it is one of the best versions of the Mark 12 Mod X you can get.

Wilson Combat offers a couple of excellent choices in the 6.8 SPC line. Over the years, I have tested a couple Recon Tacticals in various configurations as well as the Tactical Lightweight. They are easily some of the most accurate, most reliable, and best-built gas guns available in this caliber. They produce accuracy at the limits of the caliber and any shooter. Whether you need a tactical rifle, an SBR or just a solid hog-hunting rifle, Wilson Combat has what you need.

The company is also offering a new “BILLet-AR” upgrade for all of its rifles. Your entire rifle can be upgraded to a CNC-machined BILLet upper and lower receiver for $400, or $200 for an upper receiver alone. Built on a CNC machine to the tightest tolerances possible, it incorporates some personal innovations from Bill Wilson that are built to improve on the original design.

The Wilson Combat Whisper suppressor is made completely of titanium and offers sound and flash suppression without the extra weight. With a shorter barrel, it gives up little in ballistic efficiency, yet it is portable, well balanced and incredibly accurate. With quite a bit of time with this suppressor, I found it is simply designed, easy to maintain and provides an excellent balance between weight and suppression.

Wilson Combat provides some of the most practical and innovative rifles available to the operator or sportsman. I always look forward to the next project from Wilson Combat, but there is little doubt that its current rifles are some of the best in the industry.

This article is from THE COMPLETE BOOK OF GUNS 2016. To order your copy, please visit PersonalDefenseWorld.com. 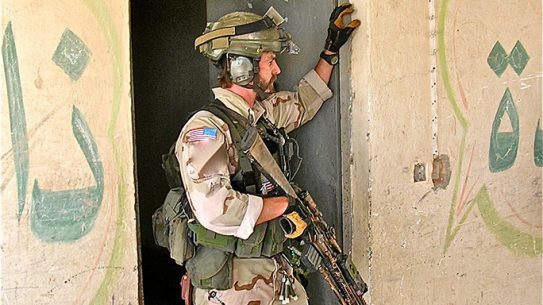