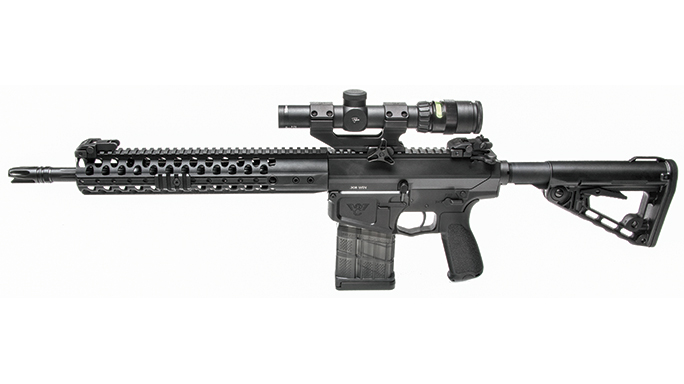 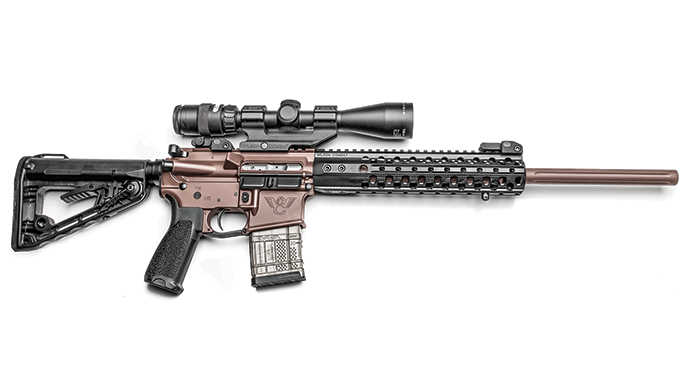 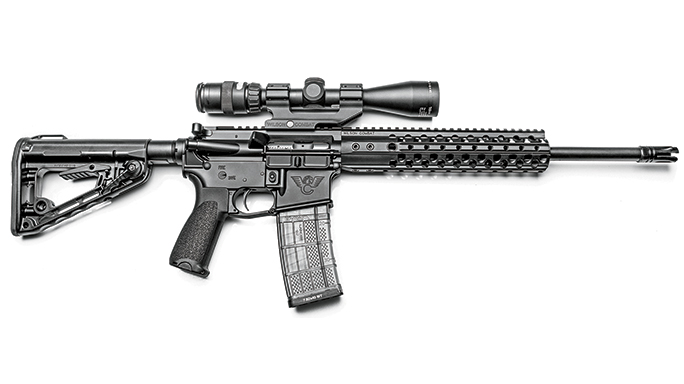 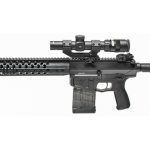 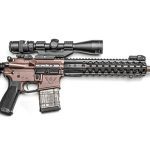 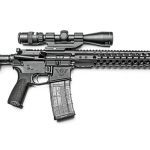 Like most folks, when the name Wilson Combat is brought up, I think of 1911 handguns.

But that is just habit. In fact, it’s been quite a while since shotguns and AR rifles joined the Wilson Combat stable. Until recently, Wilson’s work in the AR field had been primarily in the 5.56mm arena with a few forays into what Bill Wilson has referred to as the “AR variant” world—6.8 SPC, .458 SOCOM and the 7.62x40mm Wilson Tactical (WT), all of which
are based off of the 5.56mm platform.

Wilson Combat’s receivers were originally of the traditional forged pattern. This changed, however, when Wilson developed optional billet upper and lower receivers, the BILLet-AR receivers, that were “engineered from the ground up to address structural design weaknesses in standard USGI receivers and enhance overall tolerances.”

I’ve been lucky enough to work with a number of the results from Bill Wilson’s research on the AR platform and can say that he and his company are doing a great job. Stepping out of the “traditional” vein, Wilson Combat is also now machining BILLet-AR receivers for the .308 Win. chambering.

BILLet-AR upper receivers are without forward assists, which many consider vestigial, but offer shell deflectors along with a precise, undersized bolt raceway for smoother chambering, improved feeding and enhanced recoil dynamics. To increase the performance of multiple calibers in the platform, Wilson’s BILLet-AR upper includes M4-style, extended feed ramps. The integral Picatinny top rail mates perfectly to the top rail of any Wilson Combat TRIM handguard, providing a full-length platform for accessories.

An enlarged triggerguard is integral to the design, increasing the BILLet-AR lower receiver’s strength while also making operation while wearing gloves easier. In addition, the lower has an EDM-cut, oversized magazine well for quick reloads. Both receivers have precision-machined threads and all pin holes are reamed. All alloy parts are “mil-spec hard anodized prior to final finishing” with Wilson Combat’s Armor-Tuff finish.

In addition to the enhanced qualities of the BILLet-AR receivers, they are quite striking in appearance. The angles are sharp and the recesses are pronounced but flowing. For those impressed by the specs of the BILLet-AR receivers, the new receivers are available from Wilson Combat as a custom upgrade to existing AR-pattern rifle models, on complete upper assemblies or with the company’s new .308 Win. ARs.

Wilson Combat’s goal in the development of its .308 BILLet-AR was to “design and build a premium quality, lightweight, .308-platform carbine that is accurate and reliable with minimum weight and bulk.” Anyone who has spent much time with a .308 Win. AR can understand the company’s desire to put it on a diet without losing any positive attributes, such as quick follow-up shots and long-range accuracy.

An excellent downrange performer, the .308 Win. cartridge is easily handled in most bolt-action and semi-auto platforms and is not too abusive in the lighter-weight ones. With its new .308 Win. BILLet-AR ready for action, Wilson Combat has introduced four versions of its “standard” .308 Recon into the market. The only differences between these variants are in barrel and TRIM handguard length. Stainless steel, match-grade barrels for these potent carbines are available in 14.5- (with pinned and welded flash suppressor), 16-, 18- and 20-inch lengths. And just like those for the 5.56mm series, the .308 Win. barrels are now button rifled right in Berryville.

Not satisfied with only offering its initial four versions of the .308 Recon, a fifth variant was introduced—the Super Sniper. Built using the same precision BILLet-AR receivers, the .308 Super Sniper includes a 20-inch (fluted or un-fluted), button-rifled, reverse-crowned barrel made from 416R stainless steel. The TRIM rails are available in 12- or 14-inch lengths.

Given all the enhancements on the .308 Super Sniper, Wilson Combat’s claim that it delivers “consistent results all the way to 1,000 yards with a broad range of bullet weights” doesn’t seem farfetched! This rifle definitely falls in the “if you can see it, you can hit it” class of rifles. It’s just another example of what BILLet-AR receivers are capable of in the field.

The Super Sniper has a 20-inch, 1-in-8-inch twist, heavyweight, plain or fluted, stainless steel, match-grade barrel with a .223 Wylde chamber. The Super Sniper is built for extreme accuracy and rapid follow-up shots when they matter most.

The Special Purpose Rifle (SPR), along with the Super Sniper, features upper and lower receivers forged from 7075-T6 aluminum alloy. Wilson’s SPR, based on the special operations Mark 12 Mod X, is designed as an intermediate sniper/designated marksman rifle and utilizes a stainless steel, match-grade, 18-inch barrel with a 5.56mm chamber, an Accu-Tac flash suppressor and a 1-in-7-inch twist.

Both of these rifles have M4-style feed ramps, rifle-length gas systems with low-profile gas blocks and arrive wearing TRIM rails. The finishing process includes mil-spec hard anodizing on upper and lower receivers followed by the application of Armor-Tuff over the steel and alloy. Shared traits include Bravo Company pistol grips, Rogers Super-Stocs and single-stage Tactical Trigger Units set for 4-pound pulls. Finally, there are Lancer magazines and NP3-coated, mil-spec bolts and bolt carriers.

There are a number of alternative chambering choices among Wilson’s AR lineup as well, including 6.8 SPC, 300 BLK, 7.62 WT and .458 SOCOM. The one AR version available in all of these alternate calibers is the Recon Tactical.

Wilson’s Recon Tactical is available with medium-weight, stainless steel, match-grade barrels in 16-, 18- and 20-inch lengths, depending on caliber. The barrels all feature Accu-Tac flash suppressors and use mid-length gas systems (except the 300 BLK variant, which uses a carbine-length system). Barrels for all the alternative calibers use traditional rifling, and the 7.62 WT can also be had with polygonal rifling. Upper and lower receivers are of forged 7075-T6 aluminum alloy, which is hard coat anodized and treated with Wilson’s Armor-Tuff finish.

Designed based on Bill Wilson’s extensive hunting experience of feral hogs, among other game, the 7.62 WT cartridge provides excellent effectiveness, accuracy and low recoil. The 7.62 WT is also available in the SBR Tactical (11.3-inch barrel).

The 5.56mm, 6.8 SPC and 300 BLK cartridges are also available in the 11.3-inch-barreled SBR Tactical with its carbine-length gas system. The rifle’s receivers are forged, its pistol grips and charging handles are from Bravo Company, and it features a TRIM rail, a Wilson Tactical triggerguard and a single-stage Wilson Combat Tactical Trigger Unit. A Rogers Super-Stoc and an NP3-coated, mil-spec bolt and bolt carrier are featured. The SBR Tactical is NFA regulated and its match-grade barrel is threaded for the addition of suppressors. 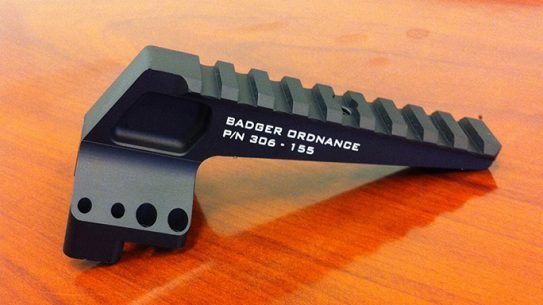 The RAPTAR Mount from Badger Ordnance was designed to integrate range finding and laser...