It’s funny how some cartridges are considered suitable for just ladies or kids—like if an adult male uses them, they won’t work. It’s also amusing to see how many hunters believe it takes a Magnum or some wicked-sounding cartridge as long and fat as a steel worker’s finger to kill stuff. Those with a lot of miles on their hunting boots know better. Shot placement and bullet performance matter most, and if it’ll work for a kid, it’ll work for Brock Lesnar, too. 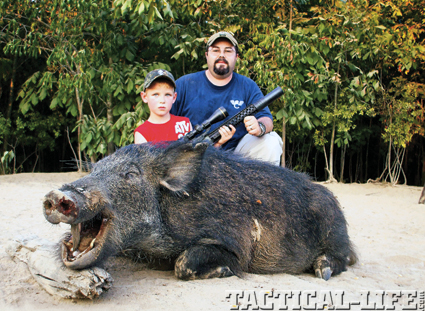 Bill Wilson’s son, Ryan, and his grandson, Josh, both like to hunt hogs with Bill. Here is Josh’s latest trophy taken with the Wilson Combat 7.62×40 WT cartridge.

Because the AR-15 was designed around the .223 Remington cartridge, it’s never really been accepted as a big game gun. The result is that over the last several years there have been numerous, larger-caliber cartridges introduced for the AR-15 platform. All with the hopes of making the rifle an honest-to-goodness big game gun. 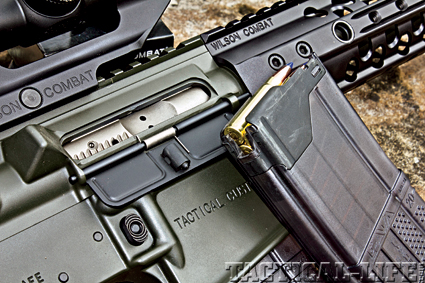 The 7.62×40 WT cartridge is a great way to increase the hunting potential of an AR-15. With only a barrel change, you essentially have a .30 caliber hunting cartridge that shoots as hard as a .30-30 Winchester.

Until now, the best candidate had been the .30 Remington AR. It essentially duplicates .300 Savage performance from a 20-inch-barreled AR-15. The problem is that Remington stumbled during the introduction of the .30 Remington AR. They’ve been slow to recover and even slower to make brass available to handloaders. 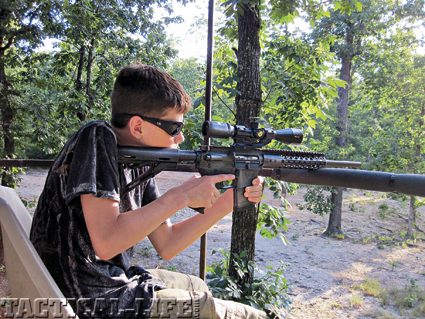 ARs make great youth rifles because they
can be light at about 6 pounds and because of the adjustable stock, which can be positioned to fit even very small kids.