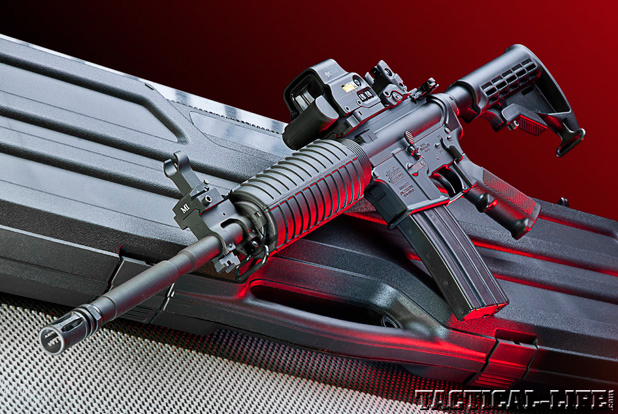 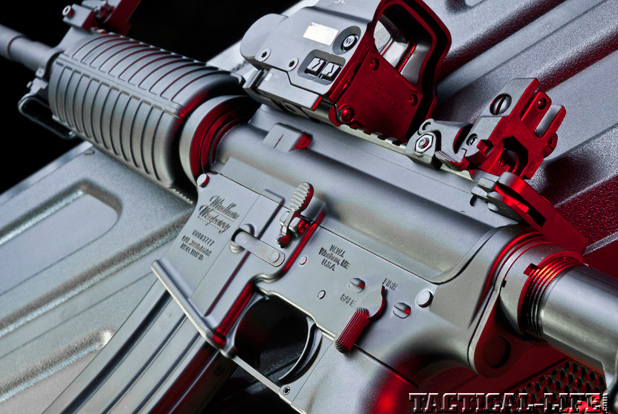 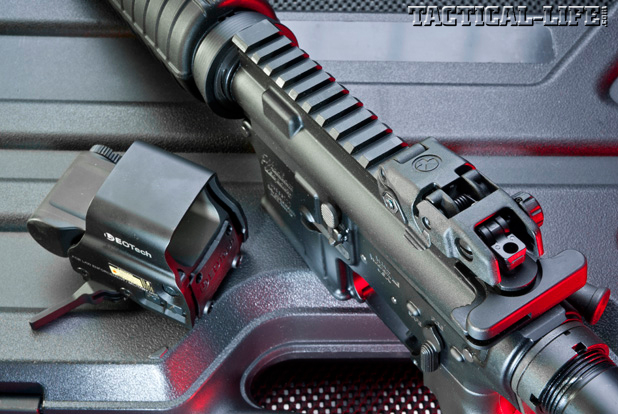 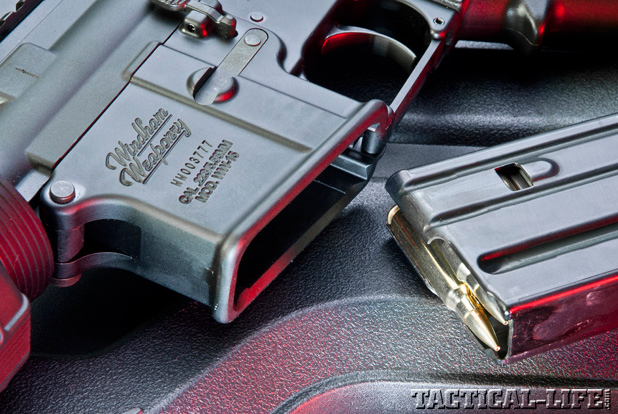 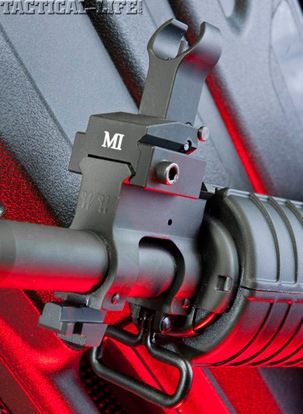 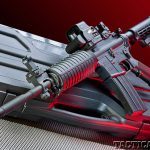 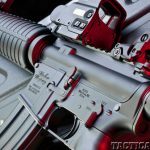 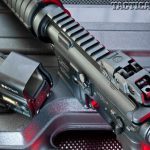 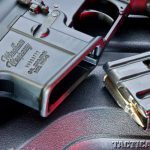 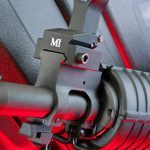 When it come to AR manufacturers, Windham Weaponry may not be a name that you recognize. In a crowded AR market, new companies have to struggle for recognition and to stand out above all others. Windham Weaponry won’t have this problem. While the company is less than a year old, it represents literally centuries of AR building experience and the sample SRC (Sight-Ready Carbine) they sent me for evaluation is representative of this aggregate knowledge.

When Richard Dyke started Windham Weaponry last year, he gave his assembled employees one order: Build the best AR rifle in this country. That seemingly tall order proved to be no challenge. Most young companies go through a learning curve, a period of trial and error until they find the right suppliers, the right blend of assemblies and components. Windham Weaponry didn’t have this problem.
Dyke was the original owner of Bushmaster Firearms and sold the company over five years ago to the Freedom Group, a conglomerate that owns a number of other firearms manufacturing companies. Manufacturing for Bushmaster was moved from Maine to New York, and that left a lot of experienced Bushmaster employees unemployed. Dyke still owned the manufacturing facility, and when his non-compete agreement ended last year he decided to “get the band back together.”

At age 77, Dyke could have easily stayed in retirement but he felt a loyalty to his old employees. Currently more than 50 previous Bushmaster employees are now working at Windham Weaponry. With an intimate knowledge of building AR-style rifles and proven suppliers, Dyke saw no need to reinvent the wheel—just build a better wheel. The Windham Weaponry SRC 5.56mm is their base model and first gun to ship from the newly rehabbed manufacturing facility in Windham, Maine.

The SRC (Sight-Ready Carbine) is a 16-inch flattop AR chambered in 5.56mm NATO that uses a standard gas impingement system, an M4-style collapsible stock, and a low-profile, railed gas block. It has a standard trigger, standard M4 handguards and standard A2 pistol grip. But the gun is anything but standard.

The Windham Weaponry SRC 5.56mm uses receivers machined from 7075-T6 aircraft-grade aluminum forgings and then hardcoat anodized per military specifications. Their finish is a glass-beaded matte black without any cosmetic imperfections. The fit between the two receivers is perfect, yet pushing out the rear takedown pin allows the two halves to separate effortlessly. The Windham Weaponry SRC 5.56mm’s flattop upper receiver is railed for the addition of optics, red dots, holographic sights or even iron sights. For my evaluation, I attached a folding Magpul MBUS rear sight.

Windham Weaponry uses a railed gas block rather than a fixed front sight on this model. I added a Midwest Industries folding front sight. Windham Weaponry uses a forged steel gas block and assembles the part to the barrel using taper pins. These pins assure proper alignment and reduce the chance of a gas leak at the block. Unlike gas blocks that secure with setscrews, there is no chance that the block will shift when the barrel heats up. At the bottom of the gas block assembly is a sling swivel and bayonet lug.

An M4-profile barrel with a 1-in9-inch twist is used on the SRC. Windham Weaponry air-gauges each barrel to ensure that there are no defects and that it will provide excellent accuracy. Constructed of chrome-moly-vanadium 4150 steel, the barrel is also chrome-lined. The lining makes the barrel harder, increasing its life, and also makes it easier to clean and more corrosion resistant. The muzzle is threaded with a standard pitch and uses a standard A2 flash suppressor, though other types of brakes and comps can easily be affixed to the rifle.

Unlike many others in the marketplace, the Windham Weaponry SRC 5.56mm does not use MIM (metal injection molded) fire controls; instead using parts machined from steel for durability. The trigger pull on my SRC measured 6.5 pounds with all of the predictable creep associated with a military-type trigger. Being their baseline model, it just makes sense that Windham Weaponry would outfit this gun with a standard trigger. Should you feel the need to install a precision trigger, any of the aftermarket target-style triggers will work.

Performance
To squeeze every last bit of accuracy out of the Windham Weaponry SRC 5.56mm, I decided to use a Trijicon 3-9X AccuPoint for the accuracy portion of my evaluation. Its incredibly bright optics allow me to keep the aiming chevron in the dead-center of a Shoot-N-C 2-inch target at 100 yards with the magnification turned all the way up. I fired all groups from a seated rest using a rifle rest on top of a cement table. Targets were set out at 100 yards and I fired five rounds per group.

Both of the 69-grain loads, one from Black Hills the other from Bitterroot Valley, broke the 1-inch mark at 100 yards. I thought that this was phenomenal accuracy for a 16-inch carbine. Even PMC’s 55-grain FMJ loads shot consistently well and produced groups under 1.25 inches.

I then mounted an EOTech EXPS3 holographic sight for rapid-fire drills on steel targets set out from 15 to 70 yards. Double- and triple-taps hammered the steel without a bobble. Even running five 30-round magazines through the gun as quickly as possible didn’t present any problems. In fact, throughout my 300-round evaluation, there were no stoppages or problems of any kind to report.

According to a factory spokesman, quality control at Windham Weaponry is so stringent that any member of the production team can stop the line for any reason. And it stays stopped until the problem is resolved. It is this kind of commitment to excellence that gives Windham Weaponry the confidence to provide each rifle with a transferable lifetime warranty.

If you’re new to the world of ARs, the Windham Weaponry SRC 5.56mm is a great base gun to buy and customize as you learn what upgrades and accessories best suit your needs. As I write this, they have just started shipping the Varmint Exterminator and my factory contact tells me that there will soon be a .308 rifle introduced as well as a line of carbon-fiber guns. Windham Weaponry is a company poised to do great things in a short period of time.

When it come to AR manufacturers, Windham Weaponry may not be a name that…