Right now, every military command post and every training center is packed with PCs. In the future, many of those machines might be replaced with game consoles — if the armed forces can ever work out their disagreements with the console-makers.

Why consoles? For starters, it’s a tool that young recruits are very familiar with. The military — especially the Army and Marines — has turned to videogames because live training is often complicated and expensive. Surveys show that young people now spend more time gaming on consoles than on PCs. It’s the older (well, at least over 30) crowd who prefer to play games on computers, and that crowd is likely to shrink over time. If the Pentagon is going to rely on games, then it makes sense to use a platform designed for games, as well as one that’s familiar to your audience.

Another attraction is the hardware. Consoles seem to offer some advantages over computers when it comes to training games. The Nintendo Wii controller (Microsoft and Sony are developing similar hardware) allows a training game to incorporate body movement. A Wii-like console could be useful for individualized physical training for soldiers who need to shed a few pounds, or for practicing individual combat drills when there is no training range available. And then there is the relatively straightforward configuration of consoles, compared to the nightmare that military game developers face in getting games to work on the mishmash of video and sound cards in the government’s potpourri of computers.

So will the Army go out and buy the Xbox? Not quite. Roger Smith, chief technology officer for PEO STRI, the Army command responsible for purchasing training equipment, claims that Microsoft refused to sell him the consoles. Smith told me that he discussed acquiring the Xbox with Microsoft representatives at a trade show back in 2006. According to Smith, the Microsoft executives said they would neither sell the Xbox 360 nor license XNA game development tools to the Army for three reasons:

Read the rest of Michael Peck’s article at wired.com. 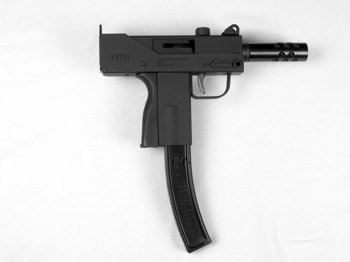 Right now, every military command post and every training center is packed with PCs.…