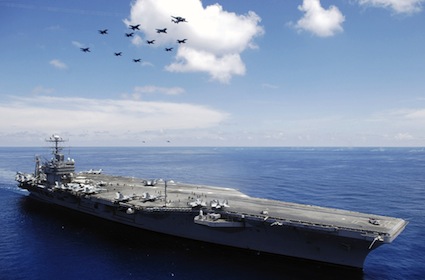 Flanked by British and French ships, the USS Abraham Lincoln aircraft carrier moved through the Strait of Hormuz without incident Sunday despite recent threats from Iran.

The U.S. Naval Forces Central Command said in a statement that the Lincoln “completed a regular and routine transit of the strait … to conduct maritime security operations.” The Lincoln is in the region with the USS Carl Vinson, giving the U.S. Navy its standard two-carrier presence there.

A British defense ministry spokesman, who was not named per policy, said Sunday that the “HMS Argyll and a French vessel joined a U.S. carrier group” going through the strait “to underline the unwavering international commitment to maintaining rights of passage under international law.” 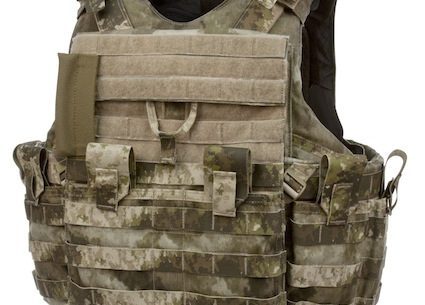