WASHINGTON, June 30– The withdrawal of U.S. combat troops from all Iraqi cities and towns was completed over the weekend and ahead of today’s deadline, a Pentagon spokesman said on a cable TV news show today.

“Overall, the security situation is stable enough for Iraqi security forces to take on this added responsibility,” Geoff Morrell said on CNN’s “Newsroom.” “It’s one that they want, and it’s one that the commanders on the ground feel they are capable of taking on.

“It has to be OK because there’s a legal agreement, which forces us to abide by these timelines,” he added.

The Bush administration signed the U.S.-Iraq Status of Forces Agreement, which calls for a complete withdrawal of combat troops from Iraqi cities and towns by tomorrow, late last year. The Obama administration must honor it, Morrell said.

Currently, the only U.S. forces remaining in the cities are advisors, trainers, and support staff, which are embedded with Iraqi units throughout the country. Since October, the United States has closed or returned to Iraqi authority 150 bases and facilities, including 30 this month, said Bryan G. Whitman, deputy assistant secretary of defense for public affairs.

U.S. troops in Iraq, who up until this weekend were securing Iraq’s cities and towns, are now forming layers of defense outside the country’s major cities and focusing on Iraq’s external borders, Morrell said. This is not to say, however, that the 131,000 ground forces will never set foot in an Iraqi city in a combat capacity, he added.

If the Iraqi government were to ask for assistance, U.S. forces are prepared to help, Morrell said.

Though the transfer of security operations to the Iraqis went relatively smoothly, it was met with a slight uptick in violence, which was expected, he said.

“Sadly, last week we saw two very high-profile attacks, one just south of Kirkuk [and] one in Sadr City, resulting in about 400 innocent civilians being killed,” Morrell said. “That is certainly unfortunate, but overall, violence levels are down to 2003 levels, the lowest in the history of this conflict.”

While the Pentagon is satisfied with the overall security situation in Iraq, the country still has some issues to work through, Morrell said. The Arab-Kurd tensions in the north, remaining al-Qaida in Mosul and Iranian meddling through the use of surrogates, to name a few.

With Iraq’s security stable, and the U.S.-Iraq agreement decreeing all U.S. troops leave the country by 2011, some of the troops currently serving in Iraq will move to Afghanistan, where 57,000 U.S. troops are serving. The U.S. presence in Iraq will remain large enough to respond to any incident with which the Iraqis may request assistance, Morrell said. 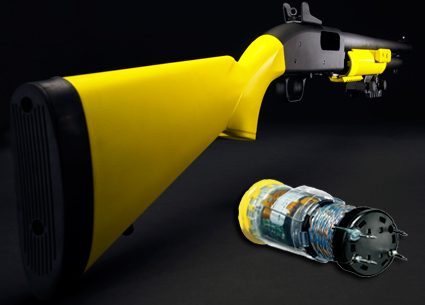 WASHINGTON, June 30– The withdrawal of U.S. combat troops from all Iraqi cities and…