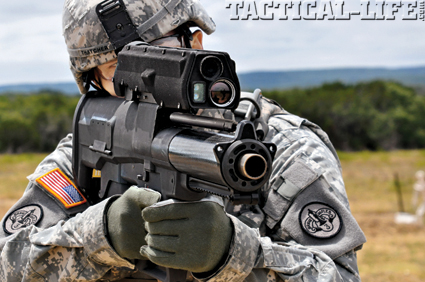 The XM25 has received positive reviews from soldiers on the ground who have used the weapon on patrols as part of the Army’s Forward Operational Assessment.

With the splitting of the combined weapon concept, the carbine saw a short life as the XM8 carbine. One of the spinoffs emerging from the area-fire concept morphed into a 25mm design. Designated as the XM25 CDTE system, the direct-fire, semi-automatic man-portable weapon system features a family of 25mm programmable ammunition that provides the dismounted warfighter with the ability to engage defilade targets with air-bursting munitions in an operational environment.

Although the system is just entering its EMD (engineering and manufacturing development) phase, a very small number of prototype XM25 weapons were deployed into combat operations in Afghanistan late last year. The so-called FOA (Forward Operational Assessment) will not only help U.S. Army warfighters refine tactics, techniques and procedures for the weapon system, but could also pave the way for using the weapon in near-term combat operations. 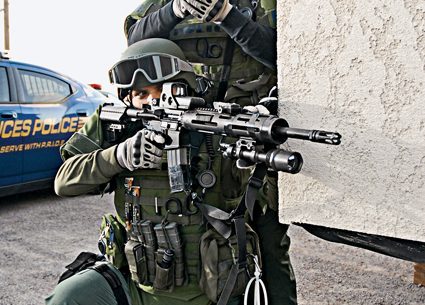