A masked gunman assassinated a Yemeni security official who worked for the U.S. Embassy in a drive-by shooting near his home in the capital Sanaa on Thursday, officials said.

A U.S. Embassy official told CBS News that the slaying happened fairly far away from the embassy.

Yemeni officials said the killing bore the hallmarks of an attack by the al Qaeda offshoot in Yemen, but it was too early to determine whether the group was behind it. The assassination resembles other attacks recently that have targeted Yemeni intelligence, military and security officials. Those attacks are believed to be in retaliation for a military offensive by Yemen’s U.S.-backed government against Yemen-based Al Qaeda in the Arabian Peninsula (AQAP), which Washington considers the most dangerous offshoot of the global terror network. 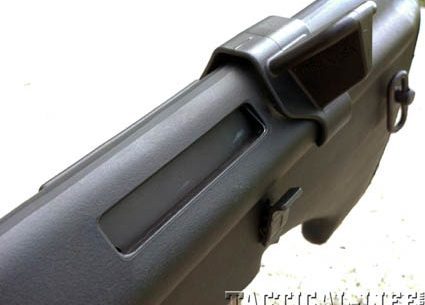 MANTICORE ARMS’ ENHANCEMENTS FOR THE AUG

A masked gunman assassinated a Yemeni security official who worked for the U.S. Embassy…