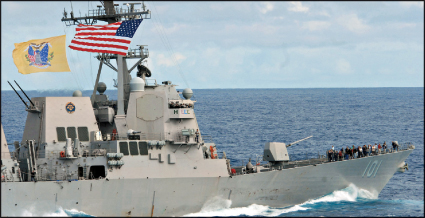 The US Navy gets comparatively little attention. The amazing performance of the sniper SEALs in Somalia’s anarchic, gun plagued shores has kicked up naval interest, but they still don’t get their fair share. The global campaign against terrorism has settled into seemingly endless counter-insurgency efforts in Iraq and Afghanistan—almost exclusively involving ground forces. Homeland security concerns have renewed interest in littoral and port control, the customary mission of the Coast Guard. The classic era of combat at sea with surface fleets engaged in battle with long-range naval rifles, came to a close more than 60 years ago. Today, most navies are small and (except for carrier-based operations and submarine-launched strategic missiles) focus almost exclusively on sea denial and coastal security missions, not strategic interventions.

Since World War II, maritime combat has involved virtually unopposed ship-to-shore shelling or missile attacks, several aerial attacks with missiles against vessels in the Falklands War and a few similar isolated attacks elsewhere, just two sinkings by submarines, again most recently in the Falklands, and a handful of lopsided surface duels pitting major combatants against patrol-class platforms. In other words, war at sea has shifted to the periphery of military action, and there is no prospect for change in the foreseeable future.

Today, the Navy can count fewer than 400 ships in all categories, including non-commissioned USNS (US Naval Ships) that handle support missions with civilian crews. Of the total, fewer than 220 vessels are major combatants, including carriers and amphibious carriers, support and landing ships, surface ships and submarines, both ballistic missile and fast attack. Since many of these hulls must undertake periodic maintenance and modernization, even fewer are available for action at any given time. Furthermore, the inventory is likely to decline even more, since funding for fleet replacement is not keeping up with projected retirements.

Fortunately, technology is an offsetting advantage for the Navy since it provides force-multiplying capabilities that make single combat vessels many times more powerful than their predecessors. Still, even very capable ships cannot be in two places at once to cover simultaneous emergencies. Even more pointedly, technological prowess comes at a very high price.

Development Program
These are only some of the daunting issues confronting the Navy as it prepares for an unpredictable and volatile future, and no developmental program is more emblematic of the difficulties the Navy must resolve than the Zumwalt-Class DDG 1000 program. 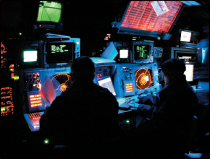 DDG 1000 ships (originally designated DD[X]) will be in the Zumwalt-class with the first ship bearing the same name to honor the 19th Chief of Naval Operations, Admiral Elmo Zumwalt, who led the Navy from 1970 to 1974. During Zumwalt’s tour as CNO (Chief Naval Operations), the Navy retired many WWII-era ships and he fought with only partial success to implement a “high-low” fleet mix, balancing procurement of expensive, nuclear-powered combatants with smaller, less sophisticated, and less costly, vessels. Oliver Hazard Perry-class (FFG-7) guided missile frigates, for years the most numerous ship type in the Navy, were among Zumwalt’s legacy. He died in 2000.

Zumwalt guided-missile destroyers have been designed to carry out a variety of missions, including traditional anti-surface and anti-air roles as well as land attack and fire support. The program is a more modest outgrowth of the DD 21 concept from the 1990s that involved very advanced automated systems, a crew with as few as 100 sailors and a massive budget. The DDG 1000, incorporating many of the DD 21’s features, began in the spring of 2002. Originally the program called for 32 ships, but based on price increases and rising Congressional skepticism, these numbers quickly dropped to 24, then to seven, as the program progressed through preliminary design review. initial ship authorization, critical design review and fabrication started in 2007.

Congress hit the program yet again in early 2008 when it authorized just two ships, one (DDG 1000) at General Dynamics’ Bath Iron Works in Maine and the second (DDG-1001) at Northrop Grumman’s Ingalls Shipbuilding in Mississippi, with projected first launch in 2012. As the price for each destroyer, set at an incredible $1.4 billion each, started to rise to as much as $3.2 billion with another $4 billion in life cycle costs per ship, the Navy, expressing concern about the ship’s anti-missile capabilities, decided in July to stop the program at the two authorized vessels. However, the Navy subsequently requested and received funding for a third Zumwalt hull.

In April 2009, Defense Secretary Robert Gates, as part of a comprehensive budget restructuring, approved the DDG 1000 program but proposed consolidation of all ship building at General Dynamics’ Bath Iron Works facility in Maine. 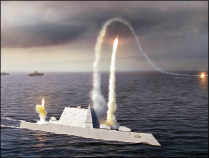 DDG 1000 Features
So, what does DDG 1000 bring to the table? First, its hull has a profile far different from traditional warships. The Zumwalt’s tumblehome hull is really a throwback to some early 20th century gunboats, which flair out from the deck to the waterline. The shape reduces the vessel’s radar cross-section, and the shapes of the deckhouse and turrets avoid angles and faceting that compress radar echoes, enlarging returns. The ship should create a radar image comparable to a fishing trawler even though it is nearly half again as large as a Burke destroyer.

However, naval architects have raised questions about the design’s stability. Tumblehome hulls slice through waves instead of riding over them, and that performance has raised questions about the design’s sea-keeping capability. The vessel’s generous size can accommodate helicopters and large rigid-hull inflatable boats, and it features automated replenishment systems and reduced crew requirements.

The deckhouse itself, fabricated in large part from composites, is 200 feet in length and 80 feet wide at the base, the largest such structure of its kind ever attempted. A variety of sensors and system antennas scan through 70 apertures to maintain the Zumwult’s low profile.

Other capabilities are equally groundbreaking, and according to some critics, very risky. The Zumwalt’s weapon suite includes two rapid-fire 155mm naval guns that can handle ten shells a minute, equivalent to a battery of 18 M-198 howitzers. The turrets also can fire the Long Range Land-Attack Projectile, a tube-launched rocket system with astonishing accuracy and a projected range of up to 100 nautical miles. Nevertheless, critics have expressed concern about the absence of larger guns for ground-force fire support, even though the Marine Corps supports the program.

The hull also contains a PVLS (Peripheral Vertical Launch System), which locates 80 Mk 57 missile launch tubes around the hull instead of using a central missile battery, reducing the possibility of catastrophic destruction of a single ordnance magazine. The ship reportedly cannot fire the RIM-156 Standard Extended Range Block IV air defense missile. This led in part to the Navy’s decision to limit the program in the absence of a readily available replacement weapon.

The deckhouse will contain a dual-band radar system using both X- and S-band systems to cover near and far airspace, respectively, with simultaneous detection and signal processing capability. Whether the system actually performs as advertised is open to question. Dual-band sonar will be available to detect mines and submarines.

The ship’s propulsion system also is innovative but not completely proven, using an electric Advanced Induction Motor. The Integrated Power System is similar to a turbo-electric drive that provides ten times the power of current destroyers while generating the acoustic signature of a fast attack nuclear submarine. Zumwalts will incorporate an automated fire suppression system throughout for damage control, but this approach also faces developmental challenges.

A TSCE (Total Ship Computing Environment) coordinates all these systems and capabilities, making Zumwalts fully compatible with net-centric warfare requirements. Fiber optic circuits throughout the hull will enable command, control and communication and fire control functions to operate fully from several positions on the ship.

Final Notes
All of these remarkable technologies promise to change the nature of naval warfare if they function as promised. However, one point is very clear. Military systems that incorporate technical advances involve staggering expense. Given the limited number of ships the Navy can produce in this era of stringent budgets, the service must carefully conserve its current fleet, even if these platforms do not offer the same capability levels as planned vessels, or if it will have enough platforms to meet a full range of future, unpredictable national security contingencies around the globe. Unfortunately, while we don’t know where or when these emergencies will arise, we know they’re coming, and the Navy, regardless of its size, will be on call. 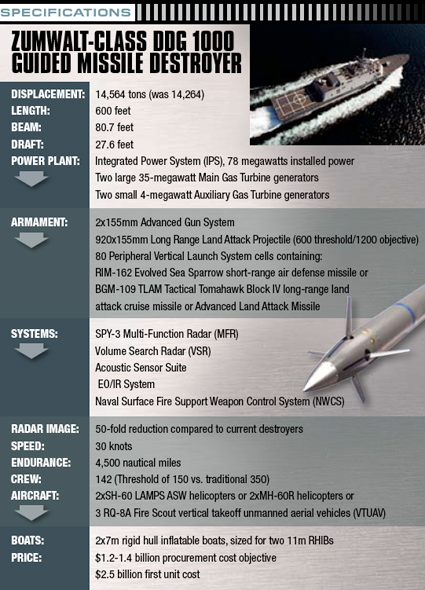 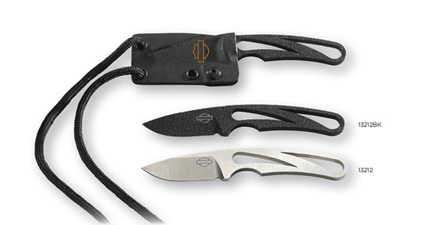