When Ford unveiled its Mustang in 1964, drivers raced to the bank to check their balances. In its first full year, the Mustang became such a hit that one Michigan restaurant put a sign in the storefront window that read, “Our hotcakes are selling like Mustangs!” Lee Iacocca and his engineers had come up with something that looked just right. John Browning did too when he designed the 1911 Colt pistol. We buy many things now that by some standards should be obsolete. They survive at market because nothing better has replaced them—they’re that good.

Now, early riflescopes and binoculars can’t match the performance of current top-ranked glass. Lenses and coatings have improved a great deal since my youth: CNC machines cut to closer tolerances. I once used a 2.5X/5X scope, charitably called a variable. A turret knob changed power from one to the other—there were no powers in between. That scope had a heavy steel tube and fogged in rain. The thick crosswire perched in the upper left quadrant after zeroing. It was fuzzy, as if sprouting mold. These days, even inexpensive riflescopes deliver bright, sharp images. Ditto binoculars. Pay a bit more, and the images become brighter and sharper. You also get bigger objectives, higher magnification and extraneous features—you buy more weight too. As with the Mustang, improved innards have come in new cosmetic packages, not always as sleek as the original.

When I started hunting big game in the Michigan woods, roughly half the hunters used scopes—very few carried a binocular. The year the Mustang appeared, several gun companies sold scopes. Browning, Colt, Marlin, Savage and Weatherby competed with firms still hawking optics like Hensoldt, J.C. Higgins, Marble and United, which have since faded away. The 4X scope was most popular: objective lenses ranged from 32mm in diameter to around 38. The other day, I thumbed through a 1964 catalog and found 4X scopes from half a dozen makers (Bausch & Lomb, Bushnell, Leupold, Lyman, Unertl and Weaver), averaging 9 ounces in weight. They retailed from $45 to $65. 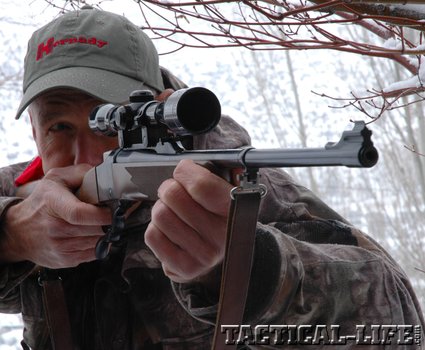 Weaver’s K6 has a 38mm objective. Like variables with 32mm lenses, it can be mounted very low. On this Ruger No. 1, there’s room to spare!

Leupold’s 4×32 (now a 4×33) is still around and better than ever. Alas, it no longer costs $59.50. Weaver’s K4 still sells well. I hope that, before these companies drop their 4X scopes, they notify me so I can buy up the remaining stock. Lest you think such deletions unlikely, consider the fate of the Bushnell Scope Chief: the Zeiss 4×36. Many firms that have popped up in recent decades don’t market traditional fixed-power sights, and objectives smaller that 40mm appear mainly on dangerous-game rifles or slug guns.

Some years ago a pal trudged back toward his pickup as light faded on the last day of deer season. He’d spent many days looking in vain for a mature buck. Suddenly, in a barren cow pasture, a huge mule deer rocketed from a small depression. Bob was so flustered he missed the first shot. But his Model 70 trained itself for a followup and tumbled the giant deer. I wasn’t surprised at Bob’s shooting: that rifle, a .270, had spent so much time in his hands the two functioned as one. The 2-7X Leupold had as long a history. Bob would use no other sight, and he prowled gun shows to nab second-hand Vari-X IIs for his other rifles. “I hardly ever change power, but if I need something besides a 4X, it’s there.” 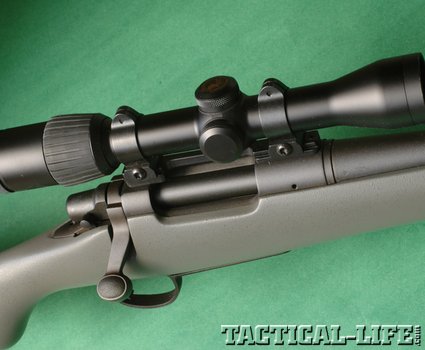 While variable scopes offer a perpetual choice of magnification, you’re better off leaving that dial at one setting. For big game, 4X still trumps all. When pronghorns keep to the far side of the township, 6X makes sense. For extra field, presumably to see populations of deer rather than just one, run the dial to the 2X stop. Though 32mm is just a little bigger than the tube diameter of many variables, it delivers about as much light as your eye can use in dusk’s purple shadows at 5X. Lower magnification floods your eye with light—a bigger eye-box speeds aim. That slender scope also clears the barrel in low rings, so as you cheek the stock, the sight picture appears as fast as with open sights.

Small lenses can also give binoculars more utility. I hunted for years with a Bausch & Lomb 7×35 Zephyr. It was a delightfully agile Porro-prism glass (offset barrels). Now the flagships of most binocular lines are 42mm roof-prism model—many weigh almost twice as much as that Zephyr. Swarovski’s EL 10×42 scales about 30 ounces. Leica’s Ultravid registers 27, as does the Zeiss Victory FL. Less costly 42mm glasses by Alpen, Weaver, Vortex, Meopta and Bushnell come in at 26 to 28.

Power doesn’t affect weight: 8X and 10X binos have the same or nearly the same heft. Want less? Slim down with 32mm glass. 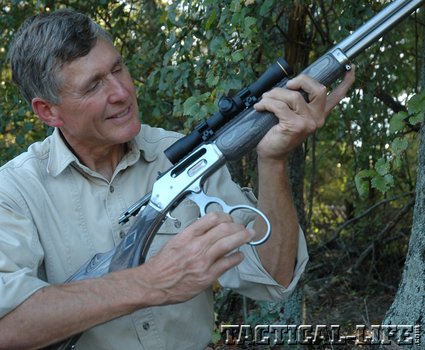 Swarovski’s 10×32 weighs just over 20 ounces, same as Leica’s Ultravid HD, the Weaver Classic and Vortex’s Talon HD. The Zeiss Victory FL is listed at 19, Mepota’s Meostar at 21. No, there’s nothing magical about 20 ounces: it’s just easy to carry on a single strap. Add half a pound more, and by day’s end you’ll feel it. A harness helps by distributing weight, but I don’t like elastic harnesses: when they stretch, the binocular hangs lower than it should; when you must crawl, the bino drags in the dust below your belly; when you run, both bounce; and when you must shed clothes or don more, you must extricate yourself from the harness. A single strap, adjusted short, gives you more control. You can slip it off in a wink to crawl through thickets or dash across a clearing. When you remove your glass to inch across a ledge in goat country, a 32mm bino on a strap takes less room in your pack than does a 42mm on a harness.

I carry an 8×32 Zeiss or Swarovski binocular for most hunting. Unless you’re puffing hard from a climb, you can use an 8X effectively without support. More power magnifies the motion in your field of view, motion imparted by your pulse and tired, twitching muscles. Images that dance won’t divulge the detail you seek! At 8X you’ll get more manageable gyrations, in a field wide enough to put you on game quickly and help you follow moving animals. Modest power also affords great depth of field. That is, you see deeper into cover with acceptably sharp focus. The old B&L 6×30 was a fine glass. It is considered outdated and underpowered now, but in thick cover it was and is excellent! Of course, low magnification delivers a bigger exit pupil (the diameter of the bundle of light that reaches your eye). A 6×30 has a 5mm EP, as did my 7×35 Zephyr. That’s as much light as you’ll likely need. Indeed, the 4mm EP of the 8×32 suits me. At 10X, 32mm glass shrinks EP to about 3mm, less useful at the edge of day or in dark timber.

Another reason to buy 32 is that its image quality exceeds that of the biggest glass of a few years ago. You needn’t get the most expensive bino. Zeiss Victory, Swarovski EL and Leica Ultravid glasses are so good I can’t tell between them. But truly, I’ve had to come far down the price ladder at times to spot changes in sharpness or brightness. Bushnell’s 8×36 Legend is a real bargain—so too Alpen’s Apex XP 8×32.

The slim, lightweight barrels of 8x32s encourage frequent glassing as you slip through cover or along a ridge trail. A 42mm on a harness resists at every turn, as you must not only lift the bino but also tug at the elastic holding it. Because we do most often those tasks that are easiest, smaller glass gets more use. And the longer you have a binocular in front of your eyes, the better your odds of finding game!