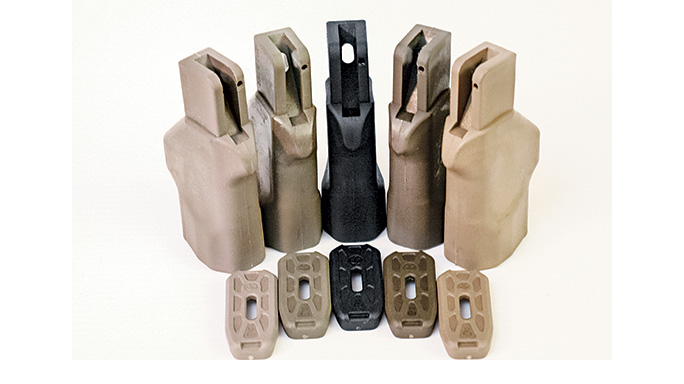 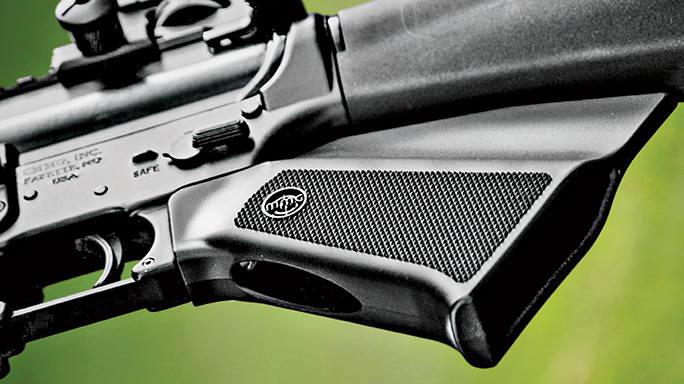 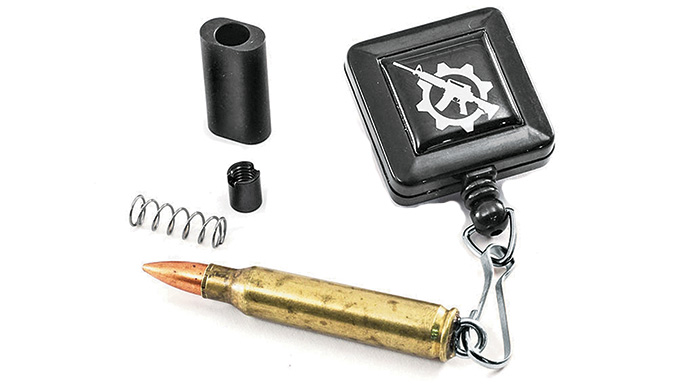 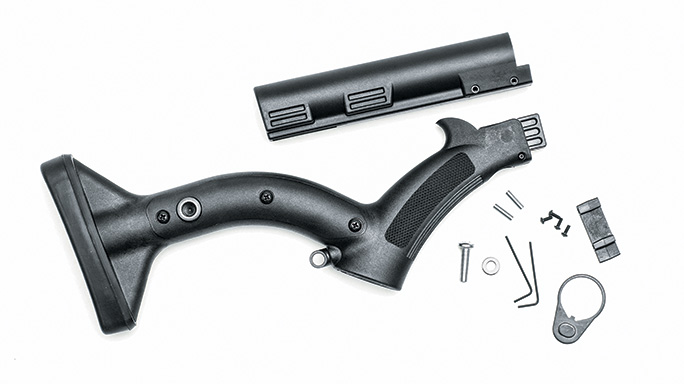 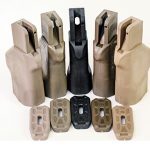 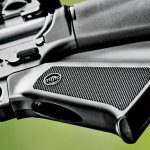 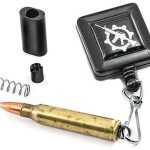 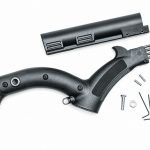 Owning an AR in one of “those states” may require certain modifications so it is permissible with state and local laws.

Here are few examples of parts that, when added to an AR, can make it legal. Most are simple to install without any real gunsmithing.

Here’s the caveat: Make sure the part you are adding does indeed make your AR compliant with your state and local laws. If in doubt, contact the manufacturers, who will point you in the right direction.

The Hammerhead Stock Adapter replaces the pistol grip on an AR, allowing you to reconfigure your AR to be compliant where pistol grips are restricted by law like in New York. The polymer piece gives your AR the feel of a more traditional rifle stock. The Hammerhead can be used along with the AR’s original buttstock or it can be configured so an AR stock can be attached to the Hammerhead while the buffer tube is used as a cheekrest. Black, Urban Dark Earth, Flat Dark Earth, olive drab and foliage green versions of the Hammerhead are available to truly customize your rifle. (exilemachine.net)

The MMG-AR is a patented grip design made to replace the pistol grip on an AR-15 style rifle, which means users in the state of California can keep the magazines detachable on their AR-15 rifles. The grip is made of glass-filled nylon and easily swaps out with the pistol grip of an AR-15, giving it a more traditional-style rifle stock. The edges are rounded and the side panels are textured for a sure grip. It installs with the existing grip screw. (monstermangrip.com)

In California, a “bullet button” is required for ARs that still utilize other AR-like features, like a collapsible stock. Rifle Gear’s AR-15 Bullet Button is quickly installed on any AR-15, and it can be just as quickly removed. No gunsmithing is required. The button fixes a magazine to the rifle, requiring shooters to use a bullet tip, a small screwdriver or a hex wrench to remove the magazine. This combo includes an inert 5.56mm cartridge to remove magazines that is attached to a retractable lanyard that you can clip onto your clothing. (riflegear.com)

The FRS-15 Stock and Buffer Tube Cover replace the traditional collapsible stock and pistol grip on ARs. The stock has two QD sling mounts, checkering for a sure grip, a grip storage compartment and a urethane rubber recoil pad. The Buffer Tube Cover restores the diameter lost from the adjustable stock being removed. It also provides a solid cheekweld, notches for a CAA cheekriser and two additional QD sling mounts (optional). Replacing the stock and pistol grip can get your weapon closer toward compliance with certain state laws, such as in New York and California. (thordsencustoms.com) 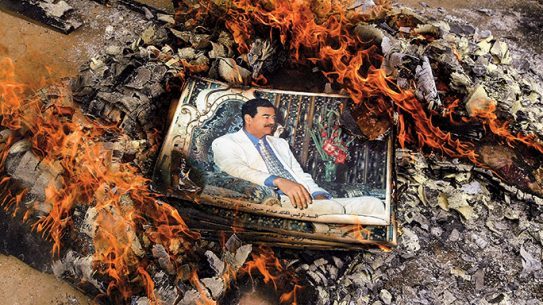 The Attempted Assassination of Saddam Hussein

Saddam Hussein escaped the United States' first attempt to kill him in Iraq.