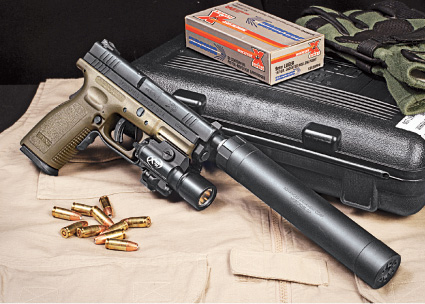 In just a few short years, Advanced Armament Corporation (AAC) has become a major leader in the suppressor industry with a very impressive client list. In the process, they have branded their company with multiple logos, unique advertising, a great website, and a blog. They have also created a loyal following of customers that reminds me of the Glock polymer-frame craze in the early years. AAC products and ads seem to be everywhere. 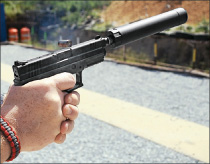 In the process, they have raised the awareness and identity of the suppressor market as a whole. The proof could be seen at the annual AAC Suppressor Shoot held in northeast Georgia, in the middle of nowhere. I just returned from the 2009 shoot that, despite record rainfall, drew over 1,000 participants and vendors from all over the country. Attendees braved horrible weather to shoot everything from a suppressed Beretta Model 21A to the new Remington ACR. There was only one rule, every firearm had to be suppressed. AAC also held a large raffle with multiple guns and more accessories and goodies than could be counted. The raffle raised over $75,000 for the Wounded Warrior Project. The WWP is a non-profit organization that was founded to raise the awareness and enlist the public’s aid and provide assistance to the severely injured service men and women. For additional information on this exceptional organization, go to Woundedwarriorproject.org.

Kevin Brittingham, AAC’s founder, and his young crew have worked to continually improve on current designs and take the humble suppressor to a higher level. In the process, they have earned the respect of civilian, law enforcement, and military market. This article was originally to be about AAC’s excellent Evolution 9 suppressor. However, when I contacted Mike Mers at AAC, he asked if I would be interested in evaluating a brand new 9mm suppressor called the Ti-Rant. The best way to get a writers excited is to offer him the first look at a new product. How could I say no? While it took a couple of months, it was worth the wait.

The ASAP booster system is shown disassembled. The teeth on the piston lock onto a stud inside the tube. The suppressor can be rotated to offset any shift in the point of impact.

AAC provided me with Ti-Rant Serial #001 for this article. The Ti-Rant represents the next evolution of AAC pistol suppressors. There are three key elements to any suppressor: size, weight, and noise reduction. The Ti-Rant addresses each of these through design, materials, and engineering. The outer tube of the Ti-Rant is manufactured from Grade 9 titanium that offers improved strength and a significant weight reduction when compared to a steel tube. The first baffle, also known as the blast baffle, starts the dispersion of the hot gases and is constructed from 17-4 stainless steel for durability. The remaining baffles are an improved “K” baffle design that are precision machined from 7075-T6 aluminum and have been T-3 Hardcoat anodized. This combination gives the Ti-Rant improved durability and weight reduction and an expected service life of over 20,000 rounds.

The Ti-Rant features an improved version of AAC’s ASAP (Assured Semi Automatic Performance) system. The ASAP is a Nielson type recoil booster that is located in the rear cap and consists of a precision-machined piston that is spring loaded in the cap. The piston has ten sprockets that interlock into the back of the suppressor tube, giving the Ti-Rant exceptionally tight and consistent lock-up. The booster is essential to reliable operation in Browning type recoil operated pistols. The ASAP also allows the suppressor to be adjusted to minimize any shift in the point of aim/point of impact. To adjust for any shift in impact, the suppressor is pulled forward, away from the pistol, and rotated. The spring then re-indexes and locks the tube against the sprocket. 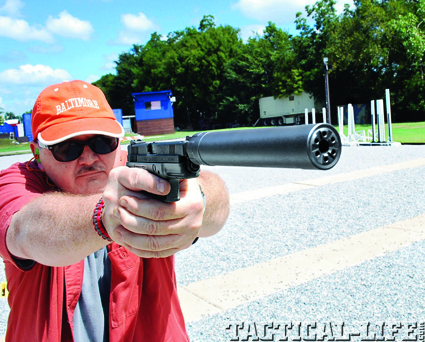 On the range, the Ti-Rant’s distinctive profile and reduced signature attracted a lot of attention.

I was unable to test the Ti-Rant under formal conditions with the appropriate metering devices, so my comments on sound and volume are subjective. However, independent research shows that 9mm ball registers around 160 dB (decibels) when fired from an unsuppressed pistol. According to AAC data, the Ti-Rant offers a sound reduction of between 35 and 38 dB. This places the actual sound in the 123 dB to 126 dB range, making it about as loud as a high velocity pellet rifle and less than the sound of a slamming car door.

The amount of sound reduction and report of the shot is greatly affected by the ammunition used. The majority of factory 9mm loads are supersonic and produce a loud crack as the bullet breaks the sound barrier that negates the sound reduction of the suppressor. Some shooters handload reduced velocity ammo for game loads and for use with suppressors. Not being a handloader, I dug into the ammo locker and found several boxes of factory 147-grain JHP sub-sonic loads. The two rounds that worked the best were Winchester’s XSUB9mm and Federal’s P9HS2G. The Winchester load is a 147-grain JHP sub-sonic load that is similar to the heavy 9mm load developed for the FBI several years ago. The Federal load is a 147-grain Hydra-Shok bullet that is loaded to sub-sonic velocity. 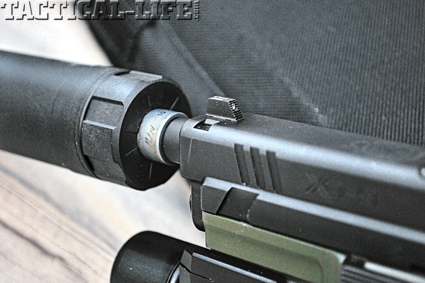 Heinie front sight almost clears the Ti-Rant. In a tactical environment, the configuration is effective when both eyes remain open.

On the range (and other places) the Winchester load proved to be as quiet as some of the light game loads an IDPA competitor gave me. The handloads were a 147-grain JHP bullet that runs out about 900 fps (feet per second) from a 4-inch barrel. Based on the perceived sound, I would guess that the velocity of the Winchester load is comparable. Compared to the Winchester load, the Federal Hydra-Shoks were slightly louder. Both 147-grain loads expanded well when fired into a stack of wet magazines with the Hydra-Shok out penetrating the Winchester load. The actual noise of the rounds is best experienced by firing the round into a soft target, such as a dirt backstop at very close range. When we did this at one of the local ranges, shooters that were as close as 15 yards could not identify the sound they heard as a gunshot.

The XD was 100% reliable which I attribute to both Springfield’s Custom Shop and the effectiveness of the ASAP. We did not experience any noticeable shift in the point-of-impact when the suppressor was installed. However, it was comforting to know that the Ti-Rant can be adjusted to minimize any shift that may occur. As with other AAC suppressors, the Ti-Rant is a quality product that incorporates the best materials and state of the art manufacturing processes. 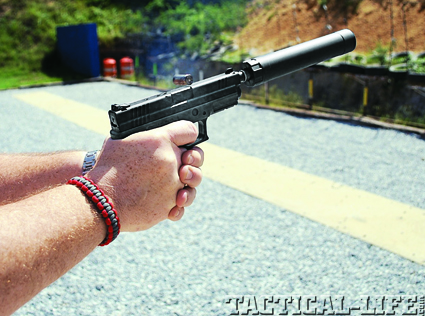 Extra weight on the end of the pistol negated what little recoil that the XD 9mm produced.

For those seeking specific data on a wide range of suppressors, I can recommend silencerresearch.com. Silencer Research is an LLC that is operated and hosted by John Titsworth. It operates independently of any manufacturer and provides objective and concise data in an easy to understand format. Some of the material on the site is available for general viewing view while other data is for members only. A subscription is only $30, which is a worth every penny to those who take suppressors seriously. While there are other sites that publish test results, Titsworth has established a respected reputation and his site is worth viewing.

One final note, AAC is so confident that they offer a lifetime warranty on their products. Once you have “not heard” the Ti-Rant, you will want to own one. 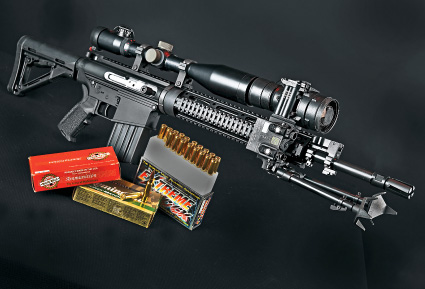