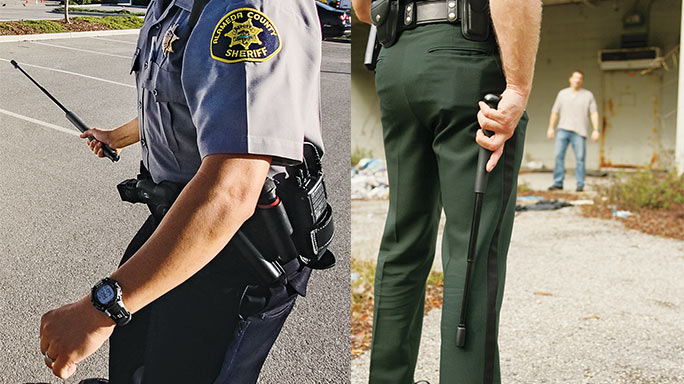 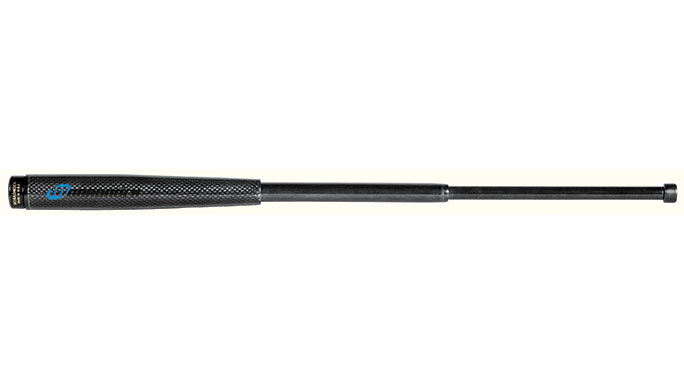 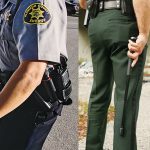 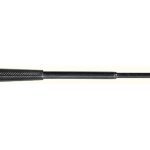 New companies pop up all the time, offering some new whiz-bang tool that is supposed to revolutionize law enforcement but somehow falls short on the street. There are certain companies, however, that are stalwarts in the industry, brands that cops can trust with their lives. One of those companies is Monadnock.

The name Monadnock has been associated with impact weapons for decades. Monadnock has been serving the law enforcement community with high-quality straight batons, side-handle batons and expandable batons for longer than most of today’s police officers have been alive. In fact, the company introduced its first thermoplastic impact weapon more than 50 years ago.

Where some companies would be comfortable maintaining the status quo, Monadnock continues to introduce innovative tools to the law enforcement market. Recently, Monadnock introduced a pair of new batons, the AutoLock II and the Ultra-lite, to enhance the company’s already impressive lineup of impact weapons.

The AutoLock II baton is an evolution of the original AutoLock baton that has seen police service for many years. Like its predecessor, the AutoLock II uses a cam and ball bearing system to positively lock the baton open. Because friction is not needed to lock the shaft pieces out, an officer can simply pull on the end to open the baton.

Collapsing the baton does not require banging it on concrete. Rather, a button in the center of the end cap releases the internal cam, and the officer can easily push the baton closed. The button is large enough to easily activate, but it does not protrude beyond the rear of the end cap.

At the end of the baton shaft, Monadnock uses a hard plastic tip called the Power Safety Tip. According to the company, the tip gives the baton a weight-forward balance while eliminating any sharp metal edges. The standard baton length is 22 inches. A black, electroless-nickel finish offers corrosion resistance on the metal shafts.

The grip area is significantly longer than other expandable batons. The entire grip portion is covered in a foam sleeve. A new wedge-shaped end cap on the AutoLock II helps the officer retain the baton when in use.

Unlike the AutoLock series of expandable batons, the Ultralite use the tried-and-true friction mechanism to hold a baton open for striking, jabbing and blocking. Ultralite batons are available in both 21- and 26-inch lengths. Officers can also choose a standard end cap or a wedge end cap similar to the one found on the AutoLock II.

As the name suggests, light weight is one of the strengths of this model. Depending on the end caps chosen, an officer can have a 21-inch baton as light as 10.9 ounces or a 26-inch baton weighing less than 13.2 ounces. According to Monadnock, these weights are 35-percent lighter than the company’s standard line of friction-lock batons.

Ultralite baton handles are carbon-graphite reinforced and have a clear finish. While neither foam or rubber grips are available on these batons, the finish has a slight tacky feel to it that helps keep the weapon firmly in the hand during use. Also, the handle is tapered, which gives it a good fit in the hand.

Like other friction-lock batons, the officer must sharply flick open the baton to ensure the shafts lock out. Closing the baton requires that the officer strike the tip on concrete or another hard surface to break the friction locks. The Ultralite uses a standard steel tip. The metal surfaces have a black chrome finish for corrosion resistance.

For many cops, Monadnock is known for the PR-24. The PR-24 is a straight baton that adds a handle at one end that is at 90 degrees from the main baton shaft. This side handle gives the officer a multitude of additional strike and control options when encountering a violent suspect. Additionally, the PR-24 offers superior blocking techniques when compared to a straight baton.

Older PR-24 batons were fixed, single-piece units. The modern PR-24 baton maintains the same general shape but uses an expandable main shaft. Unlike the AutoLock or friction-lock batons, the PR-24 uses a pin on the side of the shaft that locks it open. To collapse the shaft, the officer pushes the pin in and then collapses it.

Even with the expandable version of the baton, the PR-24 is more cumbersome to carry than the straight expandable batons. However, the additional techniques the officer can use to control a suspect can easily justify the extra real estate on the duty belt. Just the ability to jab a suspect in extremely close quarters can mean the difference between a routine arrest and a knockdown, drag-out fight.

Monadnock also offers a kit that will appeal to both individual officers and agencies. The AutoLock Patrol Kit is a single package that includes the original 22-inch AutoLock baton, a Front Draw Holder and an installed Hindi Baton Cap. The batons in the kit can be had with either a foam or rubber Super Grip, and are all equipped with the Power Safety Tip.

The Hindi Baton Cap is a popular replacement end cap that looks like an oversized half-sphere. The overlapping edge of the Hindi Baton Cap helps the user retain the baton during use. Also, due to the shape of the cap, if the baton is dropped, it will roll in a circle—not in a straight line away from the officer.

Monadnock offers many additional impact weapons, including those designed for detectives, riot control teams and waterborne officers. The company also offers several accessories, including a baton cap that can be used to break windows and a 6-inch less-lethal tool called the Persuader. Not forgetting the company’s roots, Monadnock still offers traditional fixed, straight batons.

Monadnock offers a variety of instructor-level courses for less-lethal weapons, including classes for the PR-24 side-handle baton and expandable batons. The courses are taught around the country, and the costs vary based upon the class being taught. The company also offers a variety of training products, including training bags, batons and protective practice suits. All Monadnock batons come with a limited lifetime guarantee. 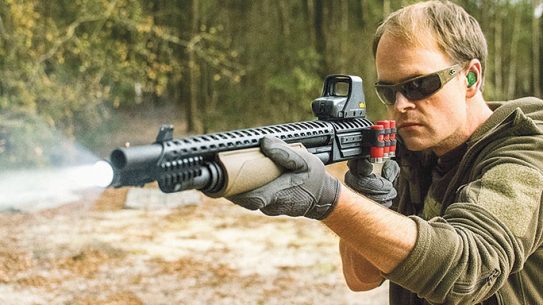