As I type these words, the latest iteration of Star Wars has broken the $2 billion mark at the box office. George Lucas’ historically unprecedented space opera introduced our planet to the world of lightsabers, Jedi Knights and the dark side of the Force. 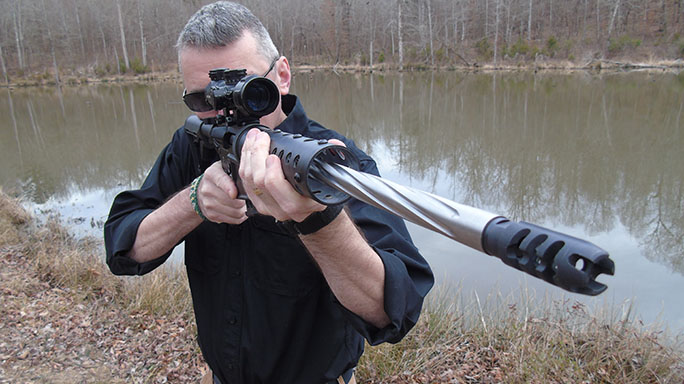 Of course, fans of the series have always loved the character of Boba Fett. For those of you living under a rock, Boba Fett is a bounty hunter of some renown in the Star Wars universe for having captured Han Solo. He’s known for his heartless drive to do whatever it takes to subdue his mark as well as his distinctive Mandalorian armor. This armor, according to the backstory, was standard issue for a clan of warriors renowned for their discipline and combat prowess.

Boba Fett’s armor is lightweight, maneuverable and effective. Electronics built into his helmet allow him to scan battlefields, track prey via thermal and low-light sensors, and communicate as well as navigate foreign worlds. Boba Fett’s weapons and sensors are fully integrated, and the entire suite operates as a synergistic combat system. Now hold that thought.

As a one-off technology demonstrator, a group of tactical gear manufacturers joined forces with a particularly gifted artist to produce a remarkable piece of kit for an industry trade show in early 2016. The fruits of their efforts were, during the week of the show, the single hottest trending item on Facebook. These guys got together and built a functional suit of futuristic battlefield armor.

Nobody involved has anything to do with Star Wars, and the similarities are, of course, entirely coincidental. However, the end result is cool beyond words. And the entire setup works, which will give one pause to consider the future of tactical gear. So let’s look at how it all came together.

AR500 Armor takes its name from the fact that its steel rates between 504 and 519 on the Brinell hardness scale. Though the company has only been around since 2012, the quality and affordability of its products have made it a formidable industry player. The company uses the highest-quality ballistic-grade steel available encased in a Paxcon PX-2100 protective coating. This spall-resistant material mitigates fragmentation from bullet strikes. Where was it developed? From truck bed liners.

Made from steel, the AR500 Armor plates have an unlimited shelf life. They demand no special maintenance or attention and can be stored outside if need be. I shot one of AR500’s armor plates a couple years ago with literally everything in my not inconsiderable collection and left nary a dent. AR500 Armor offers a full line of soft armor as well, and the company’s Level IIIA armor—which can defeat .44 Magnum and .357 SIG rounds—kept this Boba Fett safe. 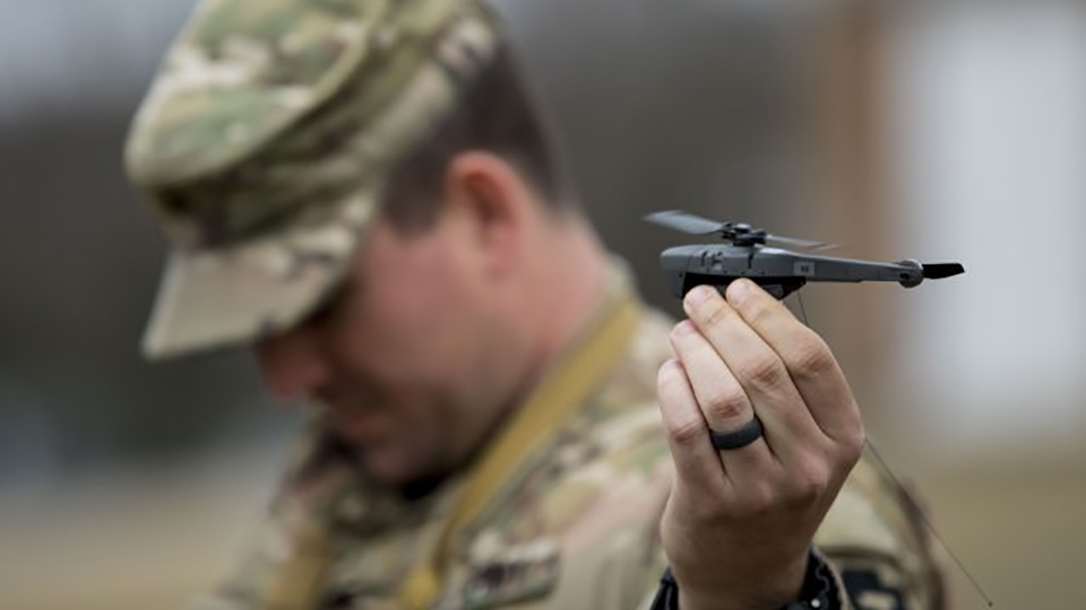 The HK MR762A1 is a piston-driven rifle with literally all the bells and whistles. The 16.5-inch, cold-hammer-forged barrel has a slightly smaller diameter at the muzzle than the chamber. This feature has a positive effect on accuracy as well as velocity. The rifle weighs just south of 10 pounds unloaded, and this particular model was equipped with a Leupold HAMR and DeltaPoint sight, making it cool enough for an iconic intergalactic villain.

SOG’s SEAL Strike was an easy choice for a knife. It crams literally years of real-world experience into a 9.6-inch, AUS-8 stainless steel, cryogenically treated, partially serrated, fixed-blade knife. A clip-point design, the SEAL Strike weighs 6.6 ounces and sports a non-reflective TiNi black finish. The handle is made of glass-reinforced nylon, and the SEAL Strike can be had with a multifunction, hard-molded nylon sheath that incorporates a built-in cord cutter, a single-stage blade sharpener and a fire-starter.

The heart of the system’s helmet is a Team Wendy ballistic combat helmet sporting a boltless CAM-FIT suspension system. Its ZAP (Zorbium Action Pad) foam liner is customizable, and the rail mounting system accommodates any tactical lighting or Picatinny accessory. The entire helmet weighs approximately 2.6 pounds and is rated for NIJ Level III protection. This helmet was also equipped with a TEA Ops-Core RAC headset and a SureFire Helmet Light.

The Armasight Sirius multi-purpose night-vision monocular is a Gen 2+ image intensifier that offers maximum features for the lowest possible cost. The Sirius night-vision optic can be helmet-mounted, handheld or weapon- mounted and fits optional 3X, 5X or 8X lenses as needed. The unit adapts for camera use and runs off of standard CR123 or AA batteries.

The Wilcox MUM-14 mounting bridge allows attachment of night-vision devices to tactical helmets as either monocular or binocular systems. This bridge fits into a standard G24 mount and offers multiple adjustments for a custom fit. The MUM-14 mounting bridge also allows the operator to flip up the night-vision gear, which stows flat against the helmet when not in use.

Ryan Flowers at Galac-Tac is the guy who made everything look cool for the Boba Fett rig. A self-described sculptor and carpenter with an obvious sci-fi addiction, this dude makes some of the coolest stuff I have ever seen. His passion is to create futuristic yet functional battle armor and helmets. His products look like they fell off the set of your favorite sci-fi blockbuster; yet at the end of the day they really do work.

The gulf between fantasy and reality is not quite so broad as perhaps we once thought. Live weapons and functional sensor and comms systems give life to what was once thought to be the sole purview of movie makers. If these guys can produce something this awesome, I wonder what our special operators might use in the future.

Editor’s Note: All of the involved parties in this project have no affiliation with the Star Wars franchise.