GoRuck is best known for its rucksacks, apparel and rucking events, but the Florida-based company is now stepping—see what we did there?—into the footwear world with its new MACV-1 jungle rucking boot. 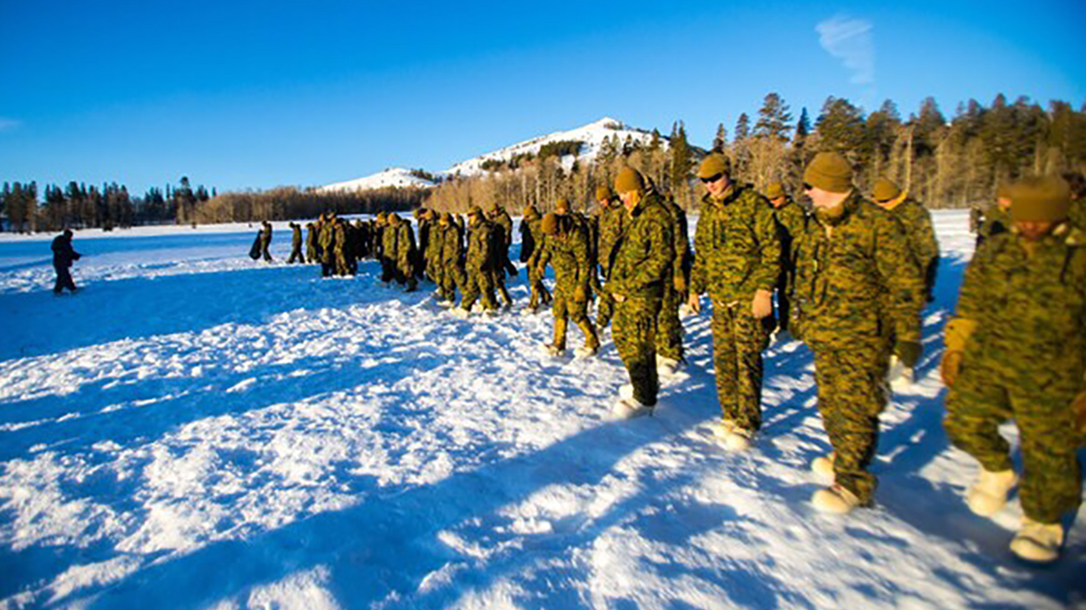 In addition, the MACV-1 weighs in at under 13.79 ounces per boot. It’s also not waterproof.

“The goal was pretty simple: take the most beloved boots in the history of Special Forces, the Vietnam era jungle boots, and modernize ’em for today’s use,” GoRuck’s website states. “Make ’em lighter, tougher, with more support—create the boot at the tip of the spear in places like Syria, Afghanistan, Africa, and in all Special Forces training—today.”

GoRuck adds that, “guys in Special Forces don’t give a damn whether a pair of boots is Army compliant or not. They want the best boots they can find, period. So MACV-1’s are proudly Special Forces compliant. That means you can travel, train, and ruck in them in any environment in the world. And if assaulting is one of your duties, well, you can do that in ’em, too.”

The shoe is a collaboration between three people: GoRuck founder and 10th Special Forces Group veteran Jason McCarthy; Paul Litchfield, creator of the Reebok Pump and senior director of GoRuck footwear; and Richard Rice, a 5th Special Forces Group veteran who spent 30 years in the Army, including as part of MACV-SOG. Together, they spent four years developing the MACV-1.

“Our team was small, and comfortable breaking all the rules,” McCarthy says. “Rich is a MACV-SOG Vietnam era Special Forces guy who went on to serve in every major conflict and mission of his generation, Paul invented the Pump and a few thousand other things, and I’m a post 9/11 Special Forces guy who founded GoRuck with a desire to bridge the military and civilian worlds. Put us three together and you have four years of failure, four years of sweating every detail and the details to the details, four years of testing in some of the most difficult terrain on the planet, four years of never quitting until the job was done.”

The team even traveled to Vietnam to put the boots through their paces in the environment that inspired their creation.

“We went back to Vietnam to test the boots in those same jungles, those same mountains where Rich served some 45 years ago,” McCarthy continues. “We heard his stories, we cried his tears, we toasted his toasts. It was one of the greatest honors of my life … to share that journey with Rich.”

“My MACV-1’s are better than any boots I wore in my 30-year Army career spanning jungle, desert, mountainous and urban warfare,” Rice said. “And when the mission’s over, you can drink in ’em, too.”

Available in sizes four through 14, the GoRuck MACV-1 can be pre-ordered now for $195. Shipping is expected to begin in October.