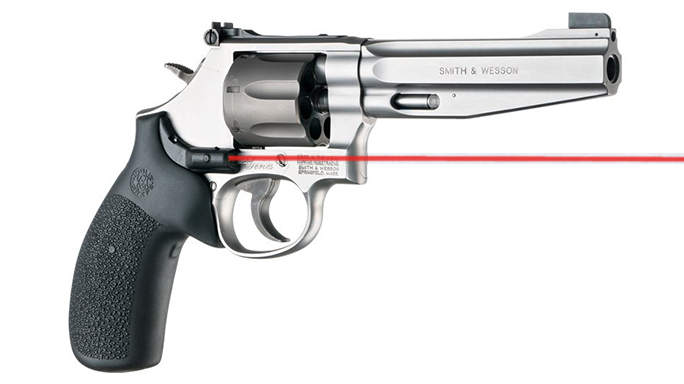 Hogue has made a few big additions to its growing line of Laser Enhanced Grips. New for 2016 are revolver grips for Smith & Wesson’s round butt K/L and J Frames.

Hogue’s LE Grips are the first handgun laser sighting system on the market based on a fully programmable, digitally-controlled microprocessor circuit.

Hogue’s designers capitalized on the advantage by programming three operating modes (steady, flashing or stealth target) and four laser brightness levels into the LE Grip’s circuit. They also tapped into sophisticated power management routines to ensure long life from two common CR-2032 batteries hidden under the grip on the non-laser side – an important design feature enabling battery changes that won’t take the laser out of zero.

The Hogue LE Grips for Smith & Wesson revolvers have been embedded with a 630-670nm<5mw Class 3R red laser diode, circuitry and batteries into two custom-designed grip frames that sit underneath a classic Hogue one piece Rubber Grip.

Both models come in black, purple and pink while the K/L grip is also available in dark Earth. Hogue’s Smith & Wesson revolver LE Grips have an MSRP of $189.99 for black, and $199.95 for colors.

For more information on the Laser Enhanced Grips and other products from Hogue, please visit HogueInc.com. 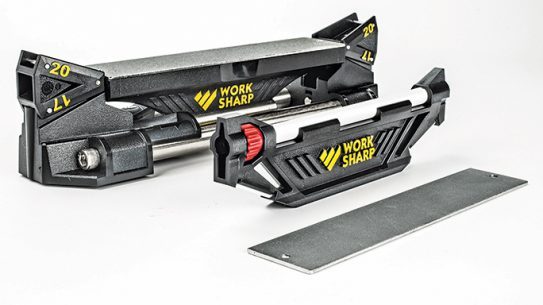 Dubbed as the 'complete sharpening solution for every knife you own,' Work Sharp's Guided...