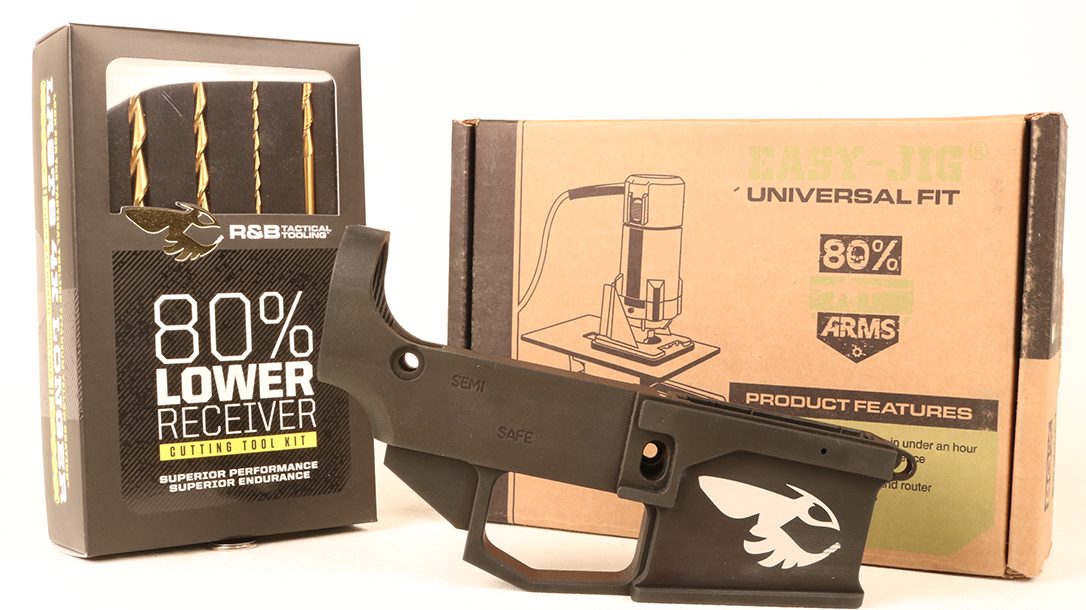 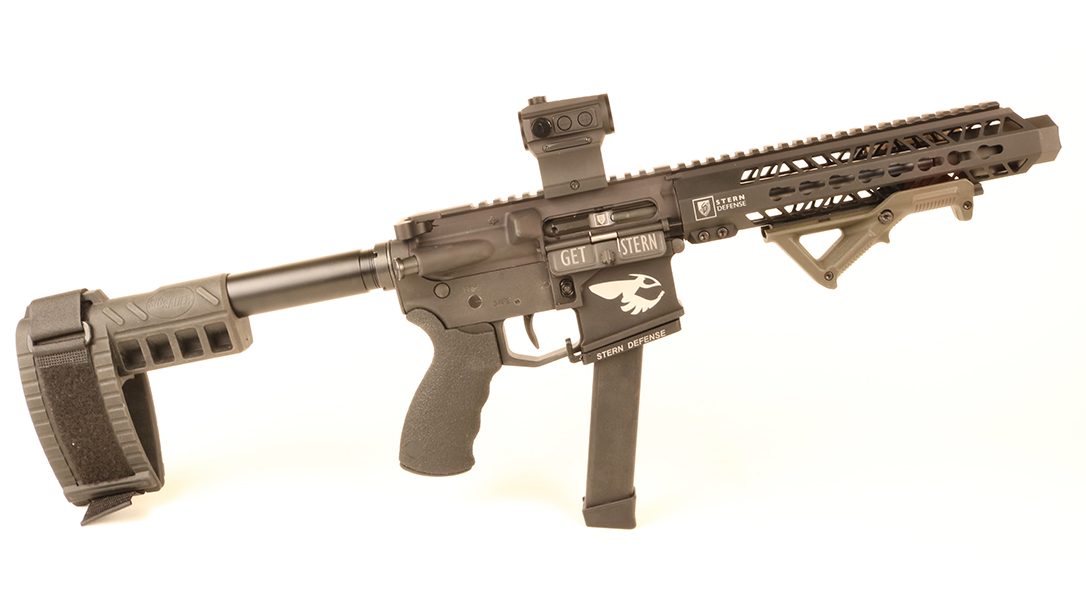 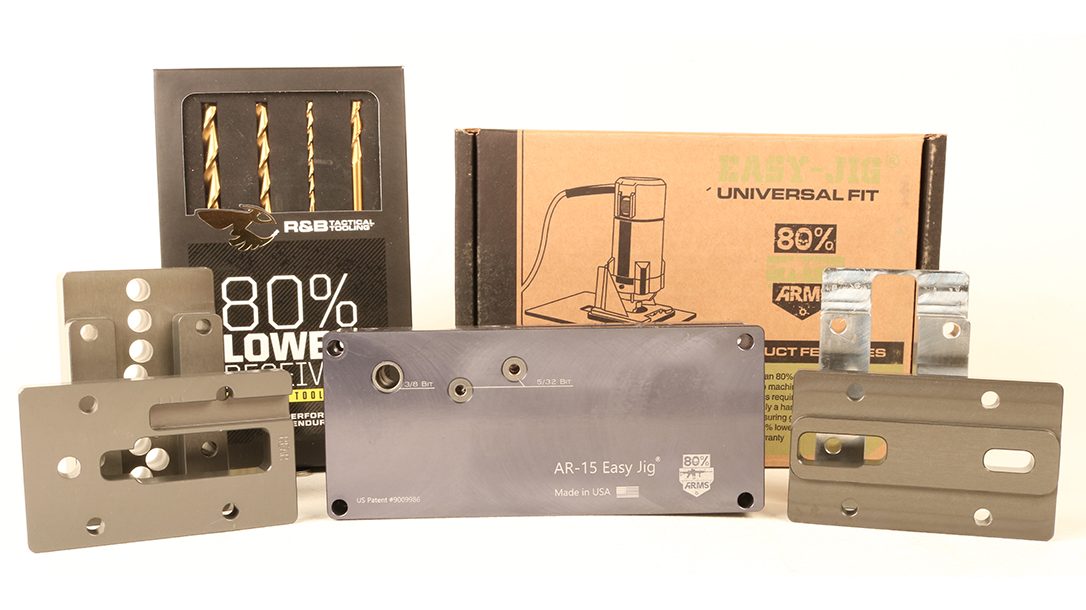 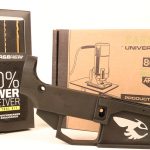 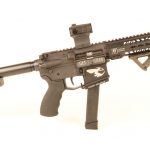 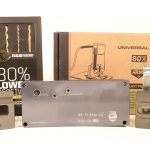 Across the spectrum of methods with which you might legally exercise your Second Amendment rights, none is so pure, powerful and practical as your right to build a firearm at home for your personal use. According to federal law, provided that gun is not intended for commercial sale and will only be used for lawful purposes, it need not sport a serial number or be reported to the government. In short, in keeping with the intent of the Second Amendment, it’s none of the government’s business whether you own a gun. There are state and local laws that affect these rights, but let’s be honest: If your state or local government sucks that bad, you should move and take your taxes with you. For those that can, R&B Tactical has you covered. 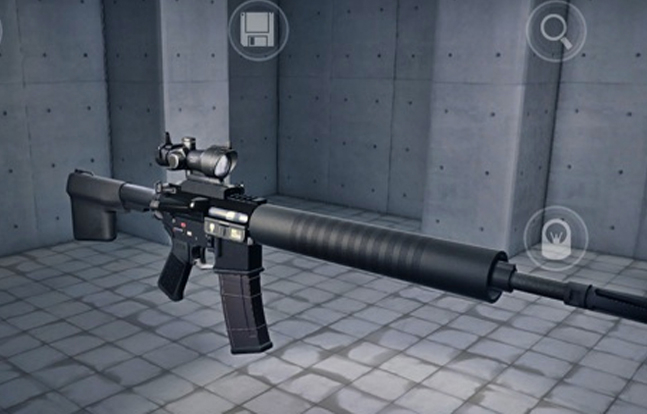 In the past, building a gun was an ordeal requiring lots of expensive machinery and technical skill. Nowadays, the flower of American industry has brought this capability to the typical free citizen just a bit handy with tools. The top dog among AR-making tools is R&B Tactical Tooling.

R&B Tactical Tooling is patriotic and veteran owned. Any yahoo with an internet connection can order a bunch of cheap Chinese drill bits, drop them in a box and hawk them as an AR-15 completion kit. By contrast, R&B Tactical Tooling makes its own drill bits and end mills here at home. Its tooling is the best mankind can produce and will reliably outlast the foreign-made competition. Its quality is unimpeachable, and its attitude toward freedom and government intrusion is unabashed.

Bob served overseas in the Air Force and returned home in 2007 to get a rude awakening to firearms freedom, California style. Bob and Ryan’s clan always consisted of gun folk. Like many of the rest of us, little made for better fellowship than retiring to the desert to burn some bullets. However, firearms ownership in contemporary California is a pitiful thing. Draconian rules crafted by those who typically have little experience with the practical costs of freedom conspire to restrict the rights of the law abiding. They also do precious little to deter crime. Sadly, Bob and Ryan had never seen a sound suppressor before they first attended the SHOT Show in Las Vegas.

Finding themselves unable to acquire proper firearms in California, Bob began investigating the possibility of building his own weapons within his state’s wretched gun laws. After building a couple of rifles using 80-percent receivers and some crap tools, Ryan and Bob retired to the drawing board to conjure the types of tools they needed to do it right.

R&B’s 80% Lower Receiver Cutting Tool Kit was intentionally crafted for low-horsepower applications that might not be completely rigid. Bob and Ryan contrived their bits and mills from the ground up to build AR lowers. The brothers designed these implements to run in a handheld router wielded by a human.

The drill bits are crafted specifically to cut 6061-T6 and 7075-T6 aluminum, the same stuff from which most AR receivers are crafted. These bits and mills are titanium-nitride coated and designed to cut like butter while expeditiously clearing the resulting chips. Titanium-nitride to aluminum is akin to oil and water, working like Teflon to keep the tools cutting smoothly and efficiently.

R&B Tactical ensures every component of the kit is made in America, including the box. R&B Tactical Tooling leaves little ambiguity regarding its attitudes toward firearms freedom. The side of the mag well of the forged 80-percent receiver sports a stylized man flashing his middle finger while saying, “Here’s my serial number!”

I undertook this build using the fixtures and 80-percent receiver sold on the R&B Tactical Tooling website in concert with the Cutting Tool Kit. These components are head and shoulders above anything I have encountered elsewhere. The materials and engineering are top flight. Drill bit depth gauges are engraved on the components, and the included instructions are straightforward and easy to understand. The R&B cutting tool kit includes a 3/8-inch parabolic drill bit, a 19/64-inch parabolic drill bit, a ¼-inch solid carbide end mill with chip-breaker geometry for milling aluminum, and a 5/32-inch drill bit along with the drill stop.

You will need a modest shop vise, an electric drill and a router. Even if you started from scratch, these tools are not terribly expensive. A drill press makes it easier to drill the holes, but these drilling fixtures are fully compatible with a standard hand drill.

You start by drilling a series of holes in the aluminum 80-percent lower receiver using the depth guide and drill stop collar. The depth guide shows exactly how deep to set the collar. Once bored, follow up with the router and the end mill to cut out the cavity for the fire controls.

This part is tiring. Take it slow and make shallow cuts. 7075-T6 aluminum is tougher than 6061-T6 and therefore takes a little longer. Be patient and meticulous and the result can be factory nice.

With the fire control cavity milled out, it’s time to drill the hammer, trigger-pivot pinholes and selector hole. Drill one side at a time. Pay attention to the instructions and this won’t be onerous.

The documentation that comes with the gear states that you can complete the project in 45 minutes. It took me an afternoon, but it was fun. It’s important that you use cutting oil and keep the chips cleared out. Take your time and mind the instructions, and these fixtures and components should render splendid service through several builds.

We stretched our legs a bit with this project. In the Free States, a completed 80-percent receiver can be used as a foundation for everything from a long-range precision rifle to a room-clearing carbine. For something extraordinary, however, we built the receiver as a handgun and posted an SB Tactical Pistol Stabilizing Brace (PSB) on the buffer tube.

The PSB is the brainchild of Alex Bosco as a tool to allow injured vets to run a gun one-handed. The BATFE established that the addition of a PSB did not change the host gun’s pistol classification. Voila, a new genre of firearm was born.

We rounded out the gun with a Stern Defense 9mm upper and a Mag-AD9 magazine adapter. The latter is a drop-in device that snaps in place in your AR mag well and lets you run standard Glock magazines in 9mm or .40 S&W. The Mag-AD9 is held in place by the host gun’s magazine catch along with three small setscrews to keep everything snug. It takes maybe five minutes to install or remove the Mag-AD9, and the host receiver can go back to 5.56mm or 300 Blackout any time you wish.

The Stern Defense 9mm upper comes in various barrel lengths as well as with either a KeyMod or M-LOK handguard. An SD HBC9 “blast can” excises the nasty out of the muzzle blast and flash. It also comes with an SD BU9 Glock-cut bolt, an enhanced charging handle and a forward assist. The bolt locks to the rear automatically following the last shot fired.

Putting it all Together

The final package is a soft-shooting close-combat tool that’s all but recoilless while remaining utterly reliable. This gun, legally crafted at home in the Free States, is arguably the most efficient home-defense tool at any price. It also looks crazy cool. Should you want something with a bit more downrange horsepower, all you need do is pop the takedown pins, remove the mag well adapter and drop in a short 5.56mm upper.

Contrary to what you might have heard, freedom isn’t dead in America. Although in some places it’s indeed wheezing, in others, it’s vibrant, virile and vigorous. In no area of American life is our personal freedom more purely manifest than in the private ownership of firearms. With the able assistance of R&B Tactical Tooling, a law-abiding American with a little mechanical aptitude and a few basic tools can craft his or her own defensive firearm at home.

These tools are legal in all 50 states. If your state is so pitiful that possession of such a gun is illegal, you could even set these components aside for a rainy day. When the zombies come, if they’ll give you a little warning, you could potentially craft your gun while they wait. It’s a weird old world that gets weirder daily, but R&B Tactical Tooling can help make it just a bit more secure. 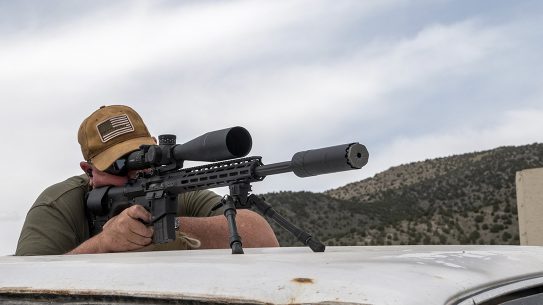 Chambered in Federal's smoking-fast .224 Valkyrie, the Wilson Combat Super Sniper is poised to...