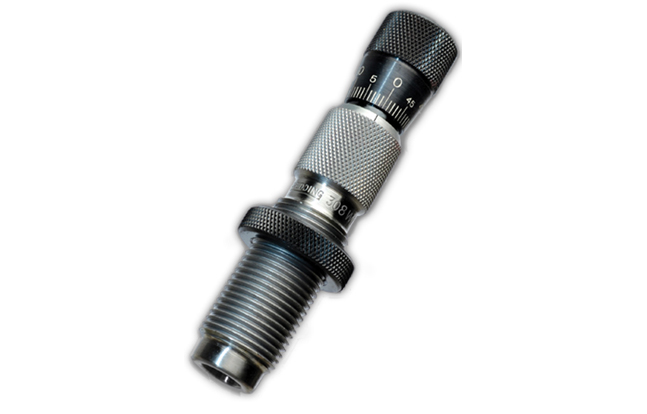 The 300 PRC is one of the more exciting new cartridges of late, expanding on the ever-growing market of long-range rifle shooting. Also, 300 PRC works for big-game hunting as well. The beltless cartridge delivers performance comparable to .300 Win. Mag, but in a shorter case. Also, this non-belted, short platform enables the bullet to be seated out further, increasing the performance potential, according to Redding.

Redding’s accessory carbide expander delivers even more performance. Meanwhile, an accessory micrometer seat plug is available in both a standard and VLD form. These additional items gives the same performance as the Redding Premium die sets, for a number of cartridges, according to Redding.

The U.S. military already awarded a contract for Barrett MRAD rifles chambered in 300 PRC. Additionally, the commercial market is taking notice as well, with long-range competitors and hunters alike taking a hard look at 300 PRC. Jay Langston reported the following in Ballistic when the 300 PRC debuted last year:

“Everybody thinks we need another .30 caliber long-range cartridge like another hole in the head,” said Hornady Marketing Director Neil Davies. “We’ve been working on this for 10 years. What the 300 PRC has to offer is a lot like the 6.5 Creedmoor, (which is) everywhere and it shoots well in a lot of rifles.”

“It’s better to not shove the bullet down in the case,” Davies added. He intimated that Hornady’s engineering research told them that better accuracy could be had by “not having the bullet seated down into the powder column.”

Davies claimed that the 300 PRC was “a little more powerful than the .300 Winchester Magnum.” He went on to explain that Hornady engineers had a tough time getting the 300 Norma Magnum to achieve low velocity spreads, but the 300 PRC has “maximized chamber design” making it more efficient.