0
SHARES
812
VIEWS
Share on FacebookShare on Twitter
SIG Sauer recently released a capacity expansion to the P365 pistol platform. The new 15-round, double-stack magazine fits the P365 and SIG’s just-announced, soon-to-be-released P365XL. Details on that pistol are promised to come soon. 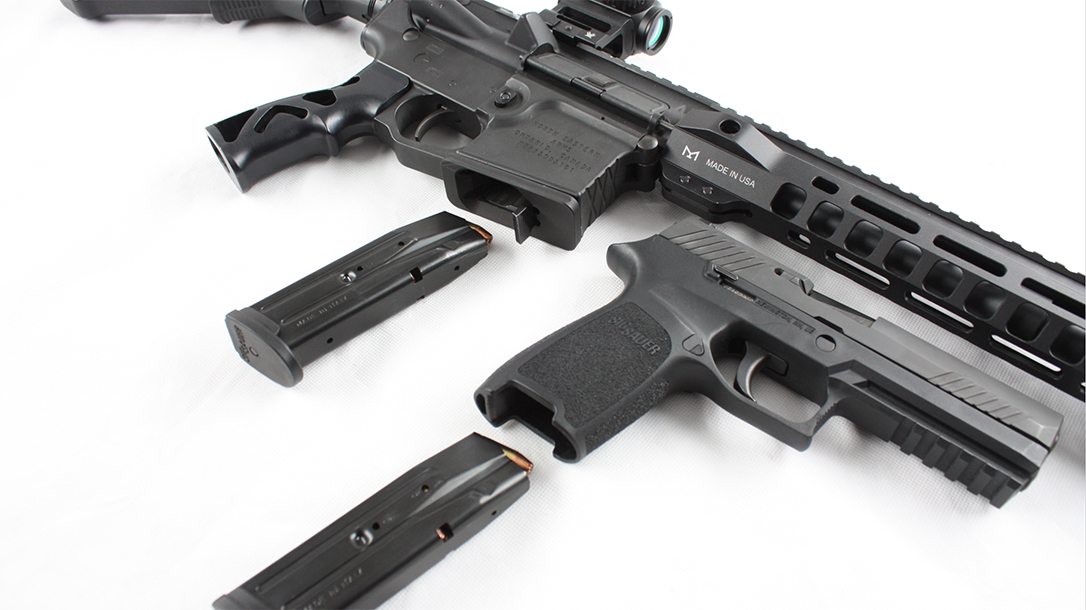 The P365 15-round magazine provides and additional five rounds to the P365 everyday carry pistol, maximizing the gun’s versatility. The increased capacity of the 15-round magazines allows for additional ammunition for carry, longer practice runs, less reloads, and arguably most importantly, increased grip purchase.

Recently, several departments chose the SIG P365 as a back-up gun for officers. In April, we reported that the Indiana State Police selected SIG P365 pistols as back-up guns to their P227s already in service. In October of last year, South Carolina’s Sumter Police Department adopted both the P320 and P365.

“As for our detectives, the P365 is the perfect pistol because of the small size and high-capacity, which makes it easy to conceal without sacrificing rounds,” said Sumter Police Capt. Michael Evans at the time.

As SIG keeps expanding and perfecting the P365 platform, and with additions such as this 15-round magazine, chances are even more agencies and departments will look to the pistol for a myriad of roles.

The 15-round magazine ships with an installed baseplate to fit a standard P365. The magazine also comes with an additional baseplate easily installed to all XSERIES P365 models.

The P365 Magazine retails for $49 and is available at the sigsauer.com web store.