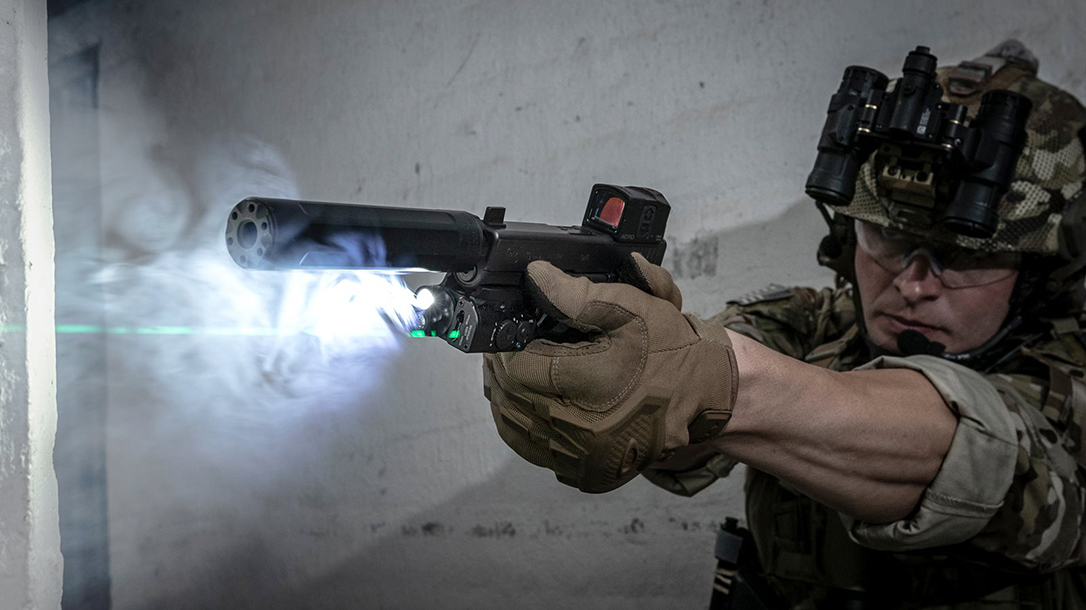 The IntelliBeam joins the already successful Fury family of lights. Further, the small light runs on either two 123A lithium batteries or a single 18650 lithium-ion rechargeable battery. The light’s IntelliBeam technology utilizes an intelligent sensor and microprocessor-based system to continuously evaluate and seamlessly regulate light output based on surroundings, according to SureFire.

The “smart light” dials the output up or down, ranging from 15 to 1,500 lumens. Moreover, the light regulates that output to the optimal setting based on the amount of ambient light reflecting to the unit’s sensor. Additionally, the technology aids in preserving dark-adapted vision, while also extending battery life, according to SureFire.

Whether prepping gear or reading up close, or illuminating an object at a great distance, the Fury IntelliBeam maintains the appropriate level of output for the job. SureFire includes a precision-machined reflector that features a micro-textured reflective coating. Further, this creates a far-reaching beam with a bright central area. Also, SureFire claims it emits enough surround light to maintain situational awareness.

SureFire’s Fury IntelliBeam utilizes a knurled aerospace aluminum body and tailcap that are Mil-Spec hard anodized. Further, the unit is resistant to abrasion and corrosion, according to SureFire.