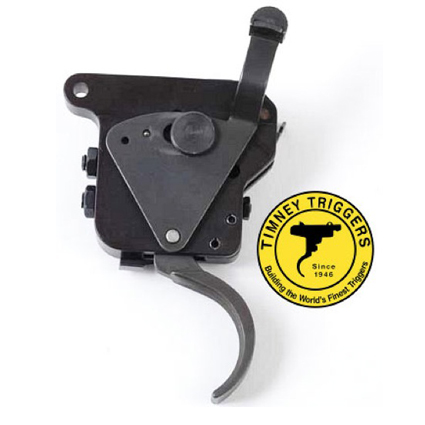 “The Model 700 was introduced in 1962 and Timney’s customers requested an aftermarket trigger for the 700 shortly thereafter,” said Calvin Motley, Director of Product Development for Timney. “John Vehr and I took a look at the Timney design in 2004 when I began working with him and made improvements based on what we had available at the time – as far as metals and machines. And we have been constantly improving and expanding our 700 offerings since that day. In fact, that is exactly what we did again with the Elite Hunter trigger. I took my 14 years of knowledge and engineering on our 700 replacement triggers and came up with what I think is the absolute best hunting trigger we’ve built for the Model 700.”

The company engineered every component of the new Elite Hunter series to elevate shooters’ accuracy. The trigger is also fully adjustable for over travel and weight. The Elite Hunter is adjustable from 1 1/2 – 4 pounds. The trigger also includes bolt stop release and trigger blocking side safety to ensure reliability, according to Timney.

Timney precision machines the trigger’s sear and trigger shoe. Further, the trigger features heat treating to the components to 56 Rockwell with a black oxide trigger coating. Meanwhile, the company NP-3 plates the sear for maximum lubricity and a lifetime of reliable performance, according to Timney.

Like all Timney triggers, the Elite Hunter feature’s the company’s no hassle, lifetime warranty. For more information, visit timneytriggers.com.