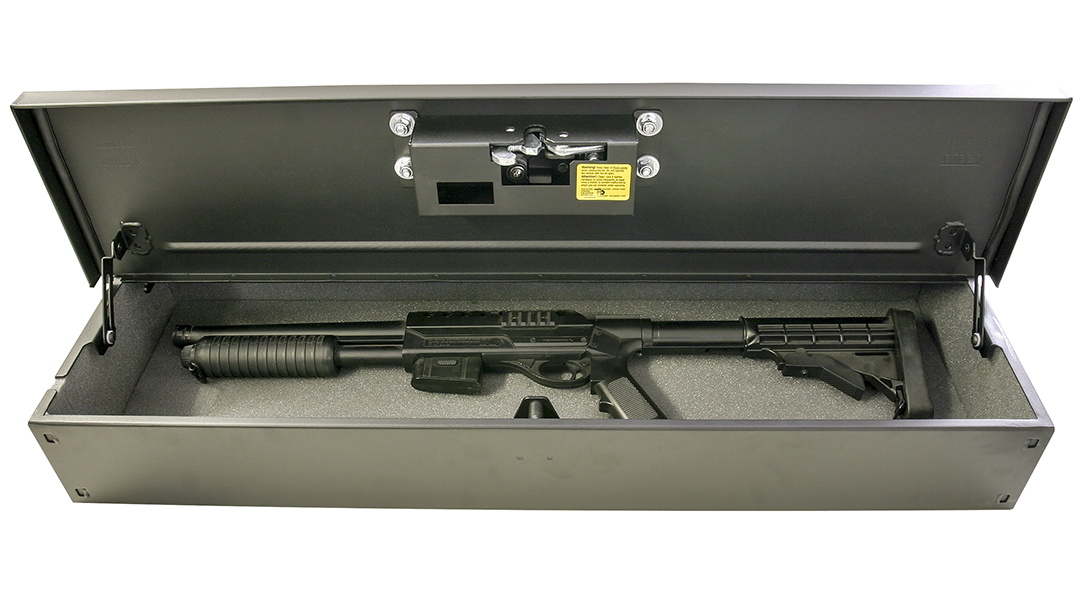 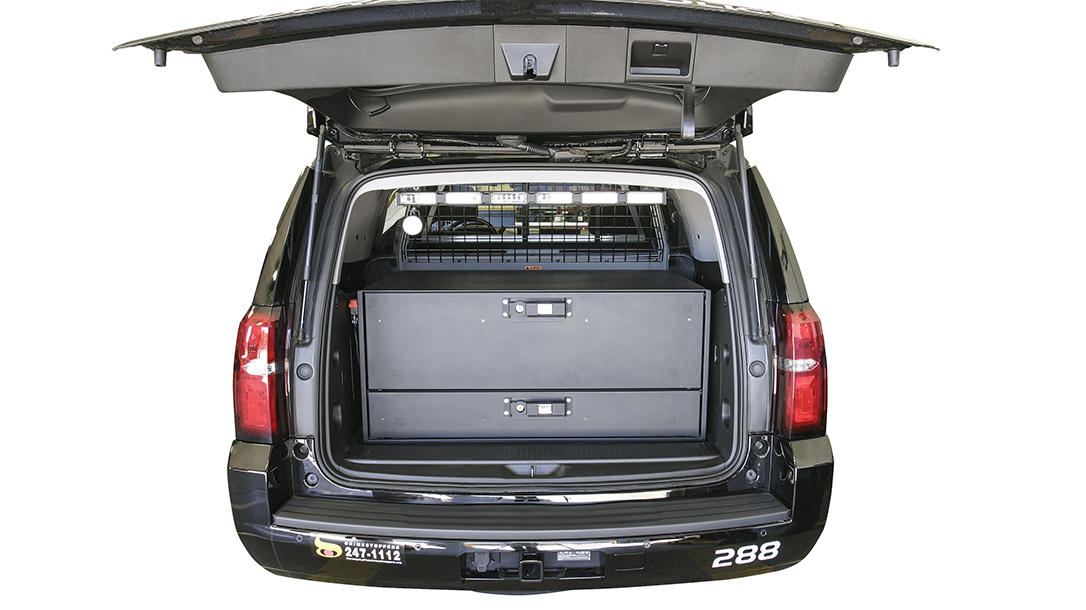 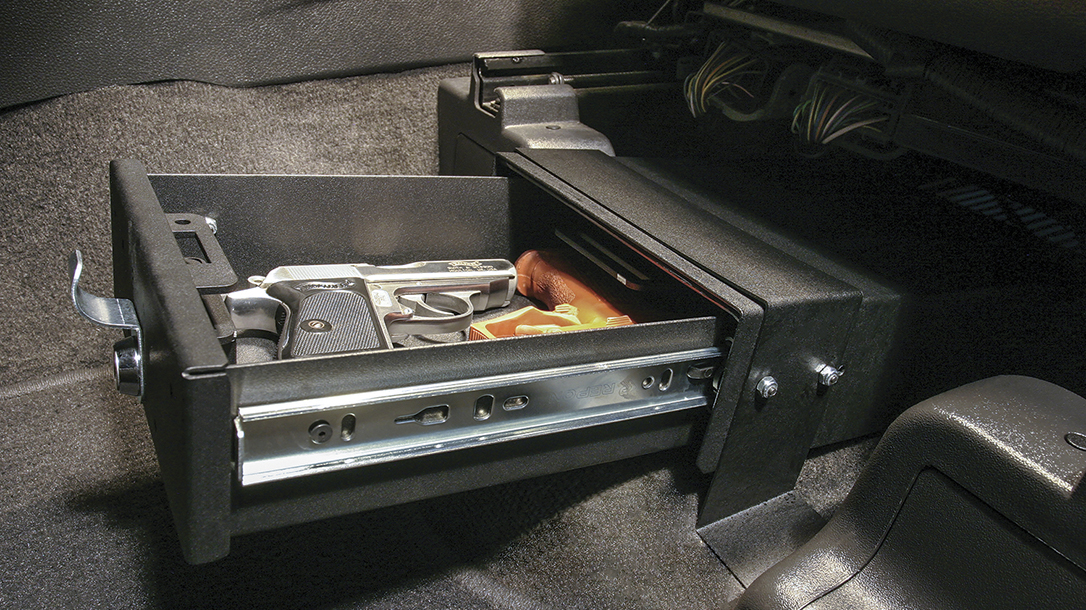 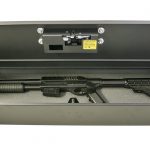 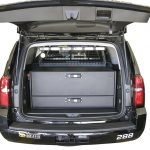 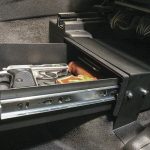 “A San Francisco cop who had a personal gun stolen from his car several weeks ago is reportedly ‘devastated’ after learning that it was used in a gang-related murder just days later,” read the first line of an article in a Bay Area newspaper in September of 2017. 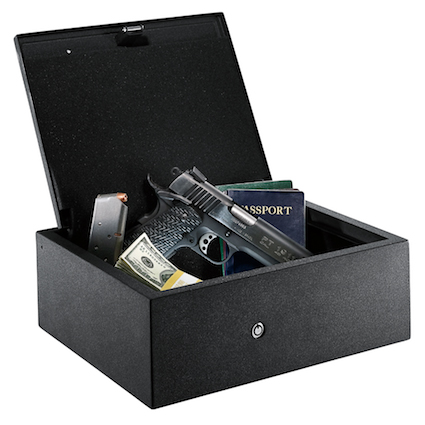 The article went on to say, “‘A few weeks ago, a vehicle belonging to an SFPD officer was burglarized, and the officer’s personal firearm was stolen, unbeknownst to him,’ explained San Francisco Police Officers’ Association President Martin Halloran … ‘Days after the burglary, that firearm was used in a gang-related homicide.’”

This is a situation no law enforcement officer would ever want to experience. Unfortunately, a cop having a gun stolen from a car—even a police car—is not an uncommon situation. A quick search of the internet will reveal multiple stories, most with terrible results.

In California, a news organization reported that 944 guns had been stolen from or lost by Bay Area police officers and federal and state law enforcement agents between 2010 and 2016. Many of those weapons had been left in parked cars, often in duffle bags or knapsacks.

California Governor Jerry Brown went so far as to sign a bill in 2016 requiring police officers to lock away guns left in unattended vehicles in secure, hidden spaces, such as a small gun safe in the trunk. Officers who fail to do that can be cited with an infraction and a $1,000 fine. That law, and the need for law enforcement officers to avoid the front pages of newspapers, should be enough for agencies around the nation to get tough on weapon security.

According to the FBI, a vehicle is burglarized every 23.7 seconds. This is a sobering statistic, as many people consider cars to be secure locations to store things. After all, most Americans keep lots of stuff in their cars since they have locks and, in most cases, security systems.

The problem is, breaking into a car is as easy as throwing a brick through a window. Criminals know this, which is why auto larceny is usually a top crime in many areas. Additionally, some criminals take the time to surveil law enforcement officers at their stations and what they drive, including personally owned vehicles.

The takeaway for everyone, including law enforcement officers, is that vehicles are not secure locations to store gear. So if you leave something valuable or sensitive in a vehicle, it needs to be secured in a safe-like device.

In the old days, cars, including police vehicles, used to solve the gear storage problem by locking everything in the trunk. For law enforcement, the addition of a weapons storage rack in the passenger compartment or trunk was a plus. The downside was that the gear was not well organized, and if it was stored in the passenger compartment, it was visible to anyone who looked inside the police car. This created ripe targets for criminals who were increasingly brazen enough to not just break into civilian cars during daylight hours, but also police cars.

Unfortunately, the one-size-fits-all rule is not in practice these days for most things, including vehicles. Instead, every make and model offers slight variations, making it difficult to fashion a standard piece of gear that works in every vehicle.

Tuffy Security Products decided to do something about that. Tuffy is an American company based in Cortez, Colorado. Moreover, this company uses expert engineering and extensive field testing to ensure its products are top notch and can handle the important task of keeping gear secure.

Tuffy has created some patented technology to make sure that what you place in its gear boxes stays there. The anti-twist push button, for example, is designed that if the product is locked, the push button can still be pushed without deactivating the latch. According to the company, this “anti-twist feature overcomes a major vulnerability of typical push-button locks while keeping it convenient to use.” It is also partnered with a patented latch mechanism featuring 0.25- and 0.125-inch-thick metal components that allow the box to latch shut without being locked. Also, these components provide a level of strength that far outperforms other latches constructed using thinner-gauge components or weak hook latches.

Finally, Tuffy’s exclusive Pry-Guard system incorporates all the critical components and features a high-security cam lock with a 10-tumbler, double-bit key. It also integrates a large mounting shaft for increased strength that works with a deadbolt that hooks. This eliminates the force applied to the actual cam lock components. All of this combined makes Tuffy’s gear storage boxes some of the most secure options on the market.

Have It Your Way

Tuffy can create individualized gear for specific vehicles and needs. It offers two lines of security boxes: the Recreation (REC) and Professional (PRO). The Portable Safe weighs less than 3 pounds and is a lockable, welded-steel storage box. Moreover, this portable safe offers keyless entry with a three-digit combination lock and a two-point steel cam for added security. Also, the safe has a 2-foot-long, 2,000-pound-test steel security cable that can fasten the safe to any sturdy mounting surface with a 0.125-inch steel anchor point.

Each Security Console features 16-gauge construction. A wide variety of vehicles accommodate the unit. Also, this insert can transform any console into a heavy-duty lockable storage area with Tuffy’s Pry-Guard locking system. It has a 10-tumbler, double-bit security key to help protect valuables and an innovative lid design that keeps it open while you’re accessing contents. The insert maintains a completely stock look, including a full-use armrest and lid.

Tuffy also offers Under Seat Lockboxes that are full width and form-fitting to a variety of vehicles. These lockboxes have over 3,500 cubic inches of lockable storage space so you can secure rifles and other long items. These lockboxes have the same Pry-Guard locking system as the Security Console Insert with the addition of built-in weather seals. Additionally, the innovative mounting system is only accessible from inside the box. Also, the box mounts into the vehicle inconspicuously under the seat and out of sight. It is also quick and easy to install without drilling using the factory hardware.

Tuffy also offers a full line of Tactical Gear Security Drawers. Also, the drawers fit in the rear area of most vehicles and feature 16-gauge construction. Additionally, these large drawers open smoothly on Tuffy’s exclusive slide system incorporating eight heavy-duty stainless steel roller bearings. In addition, Tuffy’s superior design and engineering results in a drawer that is typically lighter than others on the market.

To keep the gear secured in these drawers, Tuffy uses its Pry-Guard II locking system. This system incorporates a 0.25-inch-thick steel security latch with a patented push button similar to typical automotive door latches. Moreover, this serves as strong security and prevents rattles and squeaking. Even more, all of Tuffy’s drawers and other locking vehicle accessories can be keyed alike with a highly secure 10-tumbler, double-bit key. Finally, Tuffy offers optional combination push-button locks as well.

Security remains a top priority in a world where vehicles continue to be targets. In short, Tuffy’s line of products offers civilians and frontline warriors several options to ensure that any gear they leave in a vehicle remains safe.

This article ran in the November/December 2018 issue of Tactical-Life magazine. Grab your copy at OutdoorGroupStore.com. 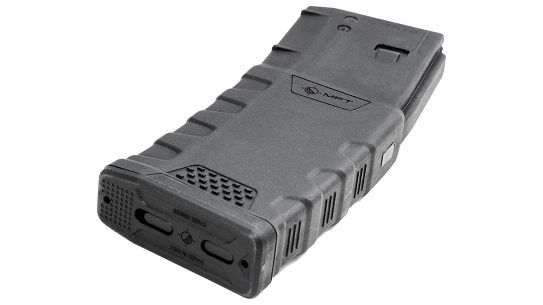