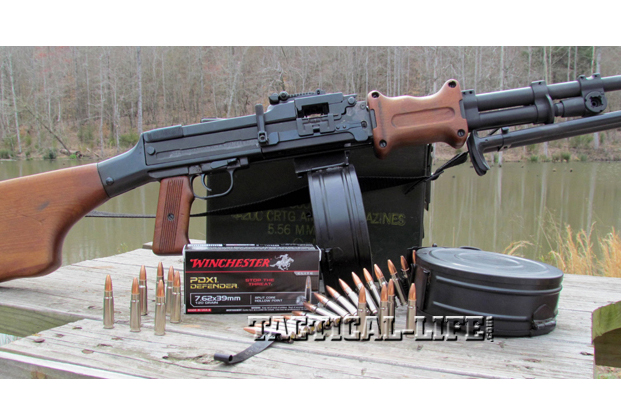 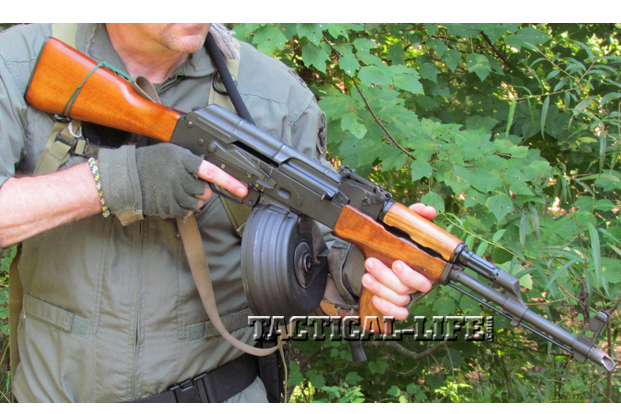 2 of 5
AK-Defense-medicine-ak-firearm
The AK is the most produced firearm on the planet with more than 100 million copies in existence. Winchester’s new ammo will only help this classic warhorse maintain its popularity. 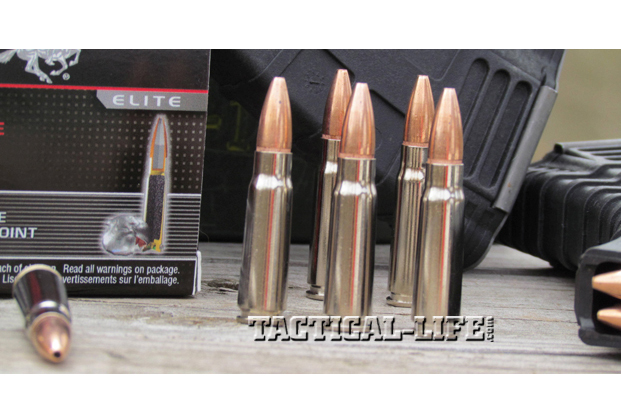 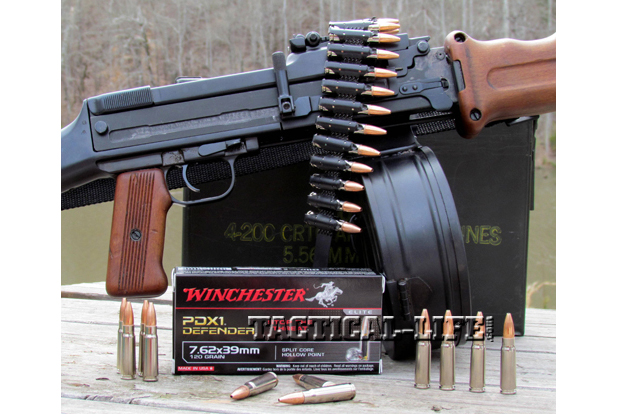 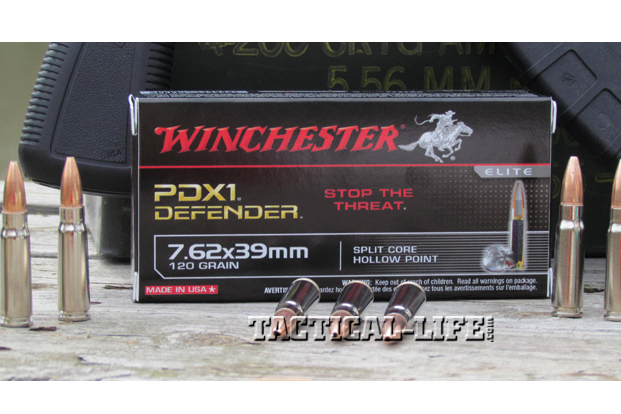 5 of 5
AK-Defense-medicine-Winchester-Ammo
Winchester PDX1 ammunition is optimized for personal defense and duty use. Cases are nickel-plated and bullets are of a split-core design to ensure adequate penetration along with rapid expansion. 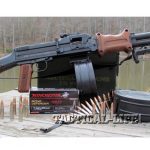 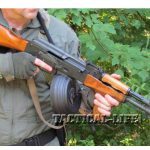 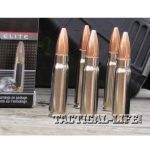 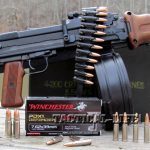 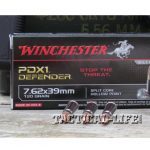 The indisputable success of Mikhail Timofeyevich Kalashnikov’s AK-series rifles is as much a function of its original ammunition as it is his eponymous weapon. At a time when every major military in the world was issuing long, heavy, full-power cartridges, Kalashnikov’s intermediate 7.62x39mm round was revolutionary. Based upon the truly groundbreaking German 7.92x33mm Kurz round that fed the World War II-era MP44 assault rifles, the Russian M43 cartridge employed a fairly pedestrian 123-grain spitzer bullet (“spitzer” just means pointed, by the way) mounted atop an intermediate-sized case. The resulting cartridge was substantially lighter than the 7.62x54mm rimmed round it replaced yet retained a boatload of stopping power out to modest combat ranges. But, surely, 65 years later we can do better.

Terminal Ballistics
In my medical presentations to armed professionals, I like to describe bullets like little batteries. You take a bullet, charge it up with a quantity of kinetic energy, transfer it downrange, and dump that energy into a target. Too little energy and the projectile is ineffective. Retain plenty of energy but expend it on the countryside beyond the target and the projectile is ineffective. The sweet spot is to retain sufficient energy to be effective and then translate that energy into mechanical destruction of vital tissues at the optimal depth of penetration without endangering bystanders in the general vicinity.

I have a fair amount of experience with gunshot wounds. While they are all invariably nasty, it is at times extraordinary to see how real people respond to them. I have seen a man shot solidly in the chest with a .380 and then go on to wreak mayhem for the better part of half an hour before fatally succumbing to his wound. Then there was the guy stopped by a single .25 ACP round to the neck that took him out of the fight instantly. I had a patient walk into my ER one night having been shot point-blank in the pelvis with a 9mm and subsequently not been markedly inconvenienced by the ordeal. Much like real estate, what actually works in the real world is a function of both architecture and location.
Back in the day, the state of the art was a simple lead bullet with a hole drilled in the tip. By contrast, wound ballistics is high science these days. There are computer simulations, calibrated ordnance gelatin to simulate living flesh and a lot of smart people who invest their time in expanding the practical horizons of the field. It turns out quite a few of these people work at Winchester. 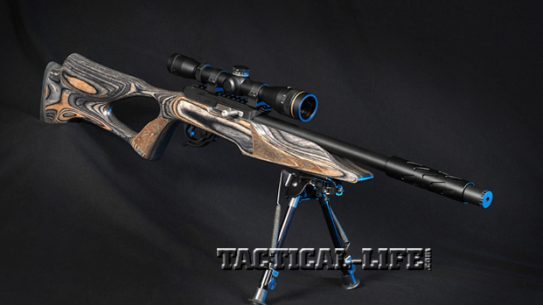