Why the 221 Fireball Still Screams Fun After Every Single Shot

Sometimes it just feels right to turn down the heat a tad to feed a .22-caliber round that’s not touted as a fire-breathing laser beam. As shooters reading magazine fodder over the past couple of years, we’ve all experienced the tidal wave of fast, .224-caliber firearms ready-made for use in modern sporting rifles. The .22 Nosler and .224 Valkyrie have been heralded as the competing be-all and end-all for shooters addicted to speed and high-volume shooting capabilities. But sometimes less is more, or to borrow the words of Goldilocks, less is “just right.” The cartridge that come to mind as just right—sometimes—is the Remington .221 Fireball. 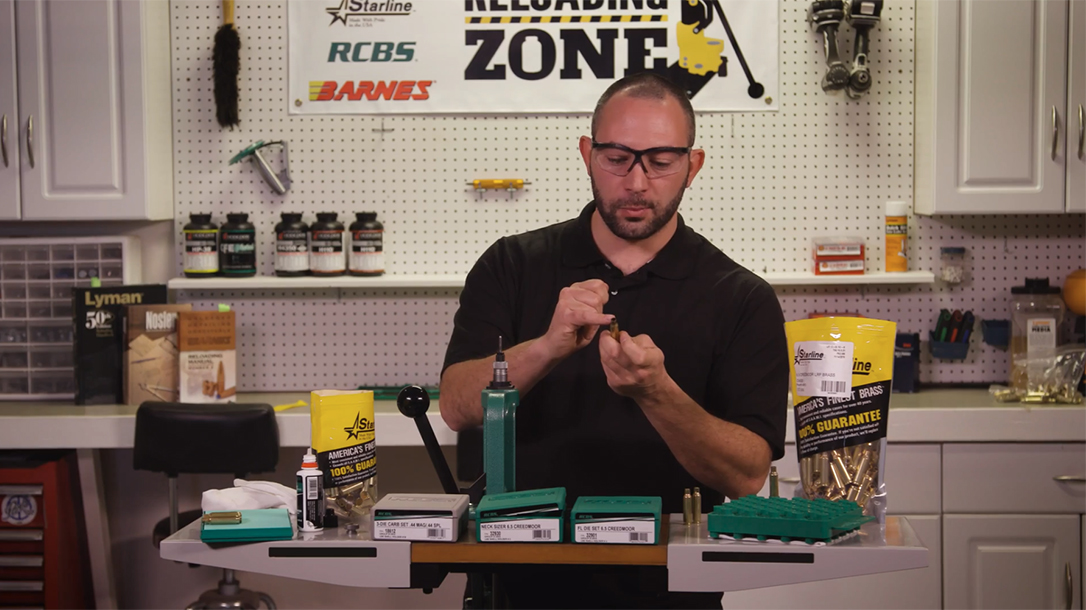 Reloading Zone: Our Free Video Series on Handloading Your Own Ammo

Nope, it’s not all that the name implies when compared to today’s hot-shot .224-caliber cartridges. But when it was introduced in 1963, the marketing folks at Big Green couldn’t help themselves. At the time, it was the fastest handgun cartridge. It could push a 40-grain bullet down the barrel of a 24-inch rifle at more than 3,200 feet per second (fps), which wasn’t any slouch for a factory .22 cartridge back in the day.

But Remington didn’t start with a rifle-length barrel for their new cartridge, or more precisely, they didn’t need a rifle cartridge for a pistol-length Buck Rogers–looking pistol they were working on in the early 1960s. Led by Remington design and test engineer Wayne Leek, the powers that be gave him the green light on a project that had been shelved since shortly after World War II. They gave the nod to build a single-shot pistol borrowing design attributes from the Model 40-X, which later led to the Model 600 series actions.

The first XP pistols developed chambered the .222 Remington, but Leek quickly found that less equalled better for a pistol with a 10.5-inch barrel. The muzzle flash and noise created by a .222 needed to be tamed, so they shortened the case and found that a 1.400-inch case length was, again, just right. Some people acknowledged the new cartridge’s moniker, .221 Remington Fireball, spoke to the fireball exiting the muzzle when firing the prototype.

Remington had to refocus quickly at the close of World War II, owing to the immediate shutdown of military contracts. The company’s brain trust came up with several new firearms designs, among which was a single-shot, bolt-action pistol. Focusing on the hunting market for long guns seemed to be more prudent at the time, so the futuristic pistol was put on hold for several years. Instead, Remington produced the famed Model 721/722 series of rifles, and the quite popular Model 11-48. A decade later, the company improved their semi-auto shotgun and launched the Model 58. It’s interesting to note that Leek is also credited with the design of the Model 1100, arguably the most popular semi-auto shotgun of all time.

Back to the Fireball’s host weapon: The XP-100 (eXperimental Pistol No. 100) was originally designed with a Zytel stock, courtesy of Remington’s then-parent company, DuPont. This pistol’s designer took a leap of faith by incorporating a plastic stock into the design. The weight-forward problem of using a bolt action for a pistol was alleviated by moving the fire control group forward to create a better sense of balance.

It’s also interesting to note that DuPont’s trade name for Zytel was nylon 66, which became synonymous with the famed .22 rifle with the same stock material utilized a couple of years later on the original XP-100.

The competent reader will likely pick up on the lineage of this extraordinary pistol and its new cartridge. Shooters tend to be natural tinkerers, so the XP-100 morphed into a silhouette target pistol in 1980 to address the then-popular metallic silhouette competitions, which also intrigued this writer enough to save up his lawn-mowing money to join a local gun club as its youngest member.

The most notable progeny of the .221 Fireball was J.D. Jones’s .300 Whisper, which has been borrowed for the sister wildcats known as the .300 Fireball and/or .221/.300 Fireball. This writer was initially introduced to the .300 Fireball in 2001, and was overjoyed when Remington’s soon-to-be sister company, Advanced Armament Corporation (AAC) started development of a SAAMI-standardized .30-caliber cartridge based on the .221 Remington Fireball case in 2009.

At about the same time AAC started development of what would become the 300 AAC Blackout (300 BLK), Remington Arms bought AAC. On January 17, 2011, SAAMI approved the 300 BLK to build into what is probably the second most popular chambering for the AR-15 pattern rifle.

Only a handful of factory rifles have ever been chambered in .221 Fireball, most notably the Remington Model 700 Classic. The other one I know of is CZ’s Model 527. Good friend and master gunsmith Rich Modzelewski owns a fine example of the CZ 527 chambered in .221 Fireball, and was kind enough to offer it up for a thorough workout to find loads for this time-honored cartridge.

The CZ 527 has a 1-in-12-inch rifling twist, so bullets from 35 to 55 grains make up the range that this rifle is capable of stabilizing and shooting well.

To get things started, I tried and failed to neck down some 300 BLK brass. Miserable fail. Case shoulders crumpled on a dozen cases tried. I started scrounging through my old brass stash and came up with 30 cases that I had last loaded in 1985 for .222 Remington. I ran these through a Redding .221 Fireball form die, and next trimmed them to 1.400 inches on a RCBS Trim Master. After abbreviating the case, I went back and ran the cases through a Redding full-length resizing die. I also had on hand 38 previously fired Nosler .221 Fireball cases that came with the rifle, and these went through the full-length resizing die, too.

After resizing all cases, I used a Trim Master to produce a uniform length of 1.391 to all. A Lyman Cyclone Rotary Tumbler with stainless steel pins cleaned them up, taking an hour. It took another hour to dry them in a Hornady case dryer. Subsequent resizing limited to a Redding neck-sizing dry, And I didn’t need to bother cleaning anything more than primer pockets.

A Burris AR 5.56 4.5-14X scope seemed like a good fit for this compact rifle. Setting up an Oehler 35P chronograph 10 feet from the muzzle in line with my 100-yard targets allowed me to monitor every shot. My reloading setup allowed me to load and fire single rounds and use the lag time between shots to allow the rifle to stay cool. A Hornady Auto Charge threw all powder charges.

Since I was working with several different powder and bullet choices, I was pretty confident that I could find a good working load in the shortest amount of time by shooting a single five-shot group and moving on when it didn’t print sub-MOA. Since I wasn’t interested in finding relatively low-velocity loads, I settled on charge weights slightly below the maximum suggested in Hornady’s Handbook of Cartridge Reloading or Hodgdon’s web-based loading data.

After priming the cases with CCI Bench Rest small rifle primers, I dug through my powder supply to look for likely candidates. I started out with Alliant Reloder 7, and the rifle told me it didn’t like that choice. I had the same result with IMR 4198, H4198 and Accurate 1680. Groups hovered between 1.3 and 1.8 inches with the nine different bullets. Standard deviation between shots was high, with some powders producing pretty hefty velocity swings for five shots. Not satisfied, I pulled a can of CFE BLK off the shelf and began my routine of starting with the lightest and working my way through heavier bullets. The first group with CFE BLK and 35-grain Hornady NTXs was still a frustrating 1.5 MOA, but things came together quickly as bullet weights increased.

Groups with 40-grain Hornady V-MAX bullets shrank to half-MOA or better. Switching to 50-grain Hornady V-MAX, groups began to grow again, but were still slightly more than 0.75 MOA. As bullet weights grew, so did group sizes. To confirm my findings, I went back and loaded up more of the best loads. Subsequent groups fired confirmed that the first groups were not flukes.

The .221 Fireball loaded with light bullets in this CZ 527 is a joy to shoot. It proves a demon on farm pests less than 300 yards distant. If you’re in agreement that sometimes less is more, give the .221 Fireball a try. I’m sure you will be happy with the outcome.

This article is from the 2021 issue of The Complete Book of Reloading magazine. Grab your copy at OutdoorGroupStore.com.