Revolvers definitely aren’t “tactical” any more. But, depending on how you define “tactical” at one point they were the height of law enforcement and defensive firearms technology. They still persist today, especially in the form of small framed revolvers like Smith & Wesson J-frames and Ruger LCRs. However, selecting defensive ammo for these guns presents a number of problems. That’s why today we’re going into some old-school tactical knowledge and looking at why lots of people carry 38 Special wadcutters for self defense. 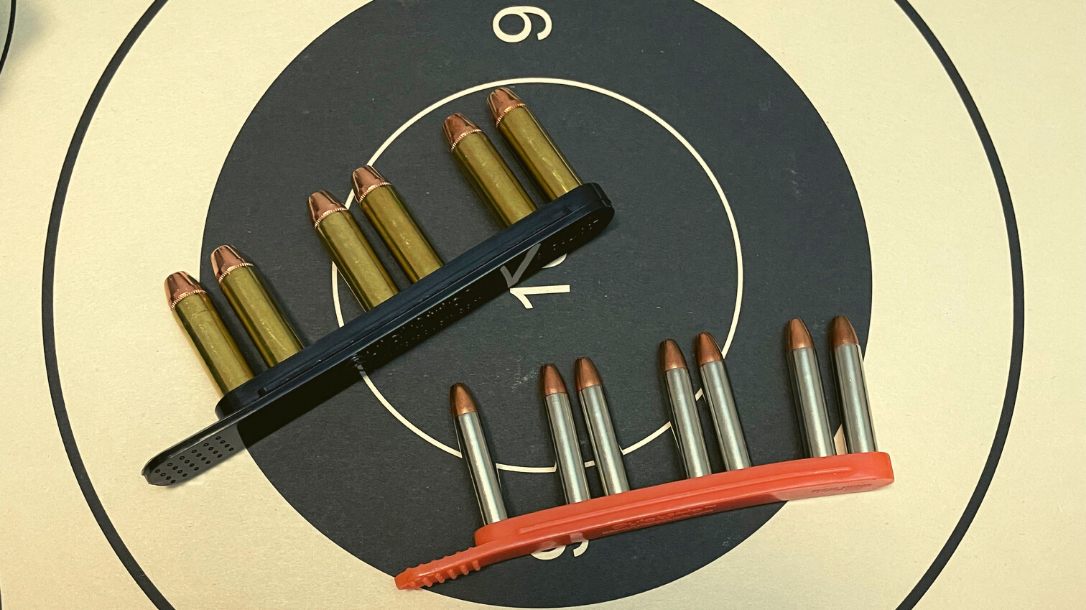 What is a Wadcutter, Anyway?

If you’ve spent your entire life in the shooting community running a Glock 19 and an AR15, you might not have any idea what a wadcutter bullet is. That’s okay, because if you’d asked me 10 years ago I wouldn’t have either. However, if you look at the image at the top of the page, you can start to get an idea. A wadcutter is a specific type of bullet profile. Full wadcutters, as pictured, have an entirely flat face and are loaded flush with end of the cartridge case.

As you can imagine, full wadcutters like these are used in competition revolvers. They’re intended for target shooting, and in the case of 38 Special usually make around 650-700 feet per second. The flat ogive cuts paper into very neat holes, making these rounds easy to score for bullseye and Police Pistol Combat shooting matches.

But knowing that they’re target bullets, why would anyone carry 38 Special Wadcutters for self defense?

A Detour Through History

Even as LE moved away from LRN bullets, the 158 grain weight stuck around. The famous FBI Load featured a 158 grain bullet. With 158 grains established as the de facto bullet weight, even to this day most fixed sight revolvers come from the factory with this bullet weight in mind.

In the revolver days of law enforcement, serious gunfighters quickly figured out that shot placement was king. There’s a quote attributed to legendary lawman Pat Rogers where he said that “even lead round nose worked alright if you put it somewhere important.” To this day, many hollow point designs won’t reliably expand when fired from small revolvers. Additionally, pistol bullets can only damage tissue by actually crushing that tissue. There is no “energy dump” or “hydrostatic shock” with pistol bullets, only actual tissue damage. That also makes penetration the most important wounding mechanism for pistols. If a bullet doesn’t reach vital structures, it’s no good for self defense.

This is where wadcutters surprisingly shine. In independent ballistic tests, 148 grain lead wadcutters fired from snub nosed revolvers penetrate 12 to 16 inches in ballistic gel. This meets the FBI standard for penetration. Plus, during those tests those wadcutters defeated 4 layer denim.

38 Special Wadcutters for Self Defense on the Street

Of course, the detectives carrying wadcutters in their J-frames in the 1970s didn’t have 4 layer denim tests or ballistics gel. What they had was street evidence. The street evidence showed that wadcutters did two important things. The first was they hit where the sights were regulated. This is due to the similar bullet weight between 148 grain wadcutters and the standard 158 grain LRN. The second? When you shot badguys with them, the badguys tended to stay shot.

Why Does this Still Matter?

Even today, in the world of the Sig P365XL and Glock 48, the venerable small frame revolver still has a place. It excels at certain concealment jobs, particularly pocket carry. Yes, it’s more difficult to shoot than some small frame semi-autos, but Ruger still sells a ton of LCRs every year, so someone is clearly carrying these guns.

Here’s where wadcutters come in. If you’ve ever fired a full house 357 Magnum through a Ruger LCR or S&W J-frame, you probably didn’t enjoy that experience. You might not have enjoyed shooting a 38 Special +P for more than 5 rounds. But because the wadcutter is a target round, it has minimal recoil and blast compared to “defensive rounds.” Yet, it still achieves the same levels of terminal performance. As we said, most hollow point designs from small revolvers don’t expand. Lastly, the wadcutter does the most important thing: hits where you aimed it. For whatever reasons, 148 grain full wadcutters like the Federal Premium Gold Medal Match will hit right behind the tip of the front sight on most fixed sight J-frame and Ruger LCR revolvers chambered in 38 Special or 357 Magnum.

Sure, it seems crazy at first. A light loaded target round is optimal for self defense? Yes, but with caveats. Obviously, the most important thing in a gun fight is getting your hits. So IF you’re carrying a small frame revolver and IF you want to maximize your ability to get hits and IF you don’t care that the bullet won’t expand and IF you’re okay paying a premium for your ammo, then yes. A 148 grain full wadcutter is probably the perfect round for you. At one time, it was even a very “tactical” choice.